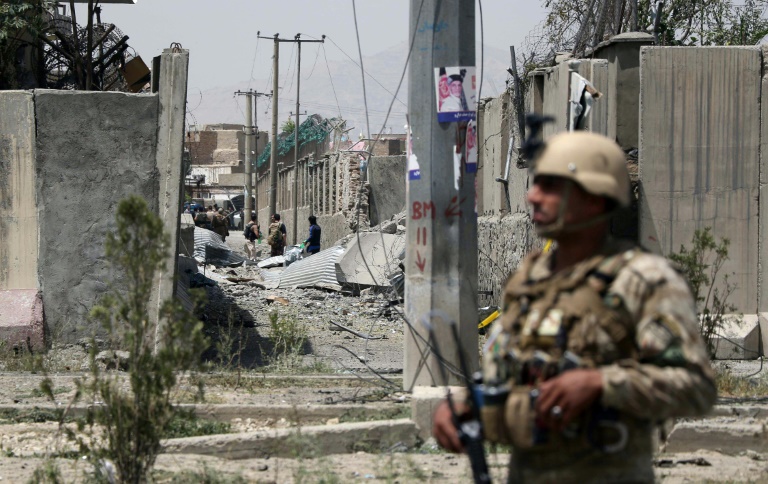 The White House signaled progress Friday in preparations for a peace deal with the Taliban in Afghanistan, saying that discussions between President Donald Trump and top advisors went “very well.”

Also present were national security point man John Bolton and the US special envoy for the talks with the Taliban, Zalmay Khalilzad.

“Discussions centered around our ongoing negotiations and eventual peace and reconciliation agreement with the Taliban and the government of Afghanistan. The meeting went very well, and negotiations are proceeding,” deputy press secretary Hogan Gidley said in a statement.

Trump added on Twitter: “Just completed a very good meeting on Afghanistan. Many on the opposite side of this 19 year war, and us, are looking to make a deal — if possible!”

Expectations are rising for a deal in which the United States would start withdrawing its 14,000 soldiers from Afghanistan after a two-decade war that has turned into a stalemate.

Washington is keen to end its involvement in Afghanistan, where it has spent more than $1 trillion and Trump has said since the start of his presidency that he wants troops out.

In return, the Taliban would commit to various security guarantees, including that the Islamist hardliners who long harbored Al-Qaeda would not allow Afghanistan to become a jihadist safe haven.

A US-Taliban agreement would not in itself bring Afghanistan’s war to an end, as the insurgents would still need to make a deal with the US-backed Kabul government.

“In continued close cooperation with the government of Afghanistan, we remain committed to achieving a comprehensive peace agreement,” Pompeo said in a statement.

This would include “a reduction in violence and a ceasefire, ensuring that Afghan soil is never again used to threaten the United States or her allies, and bringing Afghans together to work towards peace.”

Even as the United States and Taliban claim progress in talks, little has changed for Afghans on the ground.

A UN tally found last year was the deadliest on record, with at least 3,804 civilian deaths caused by the war — including 927 children.

And according to the UN’s Office for the Coordination of Humanitarian Affairs (OCHA), more than 217,000 people had to flee their homes because of fighting during the first seven months of 2019, prompting a huge need for humanitarian aid across the war-torn nation.

Image: AFP/File / STR An Afghan security personnel stands guard at the site where a Taliban car bomb detonated at the entrance of a police station in Kabul on August 7

U.S.-Taliban talks end without deal, both sides to consult