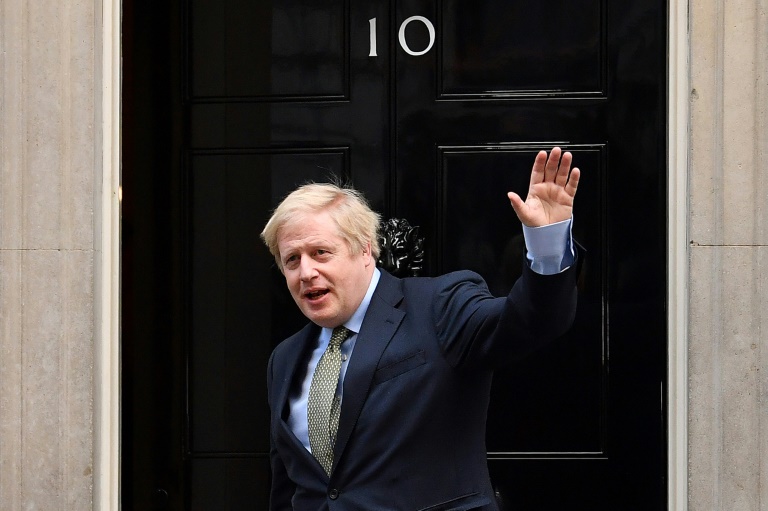 Prime Minister Boris Johnson on Monday made his first public appearance since being hospitalized with coronavirus three weeks ago, saying Britain was beginning to “turn the tide” on the outbreak but rejecting growing calls to ease a nationwide lockdown.

In a statement in Downing Street marking his return to work, looking thinner and with his trademark blond hair a little longer, Johnson apologized for being away “for much longer than I would have liked”.

He thanked the British people for heeding a month of stay-at-home orders, which have helped stem the spread of COVID-19, although more than 20,000 people have already died from the virus.

Their efforts had ensured the state-run National Health Service was not overwhelmed, “and that is how and why we are now beginning to turn the tide”, the 55-year-old said.

Johnson pledged on March 19 that Britain could “turn the tide on coronavirus within 12 weeks” but only if people heeded advice to avoid social contact.

But while acknowledging the concerns of many businesses and increasing numbers of MPs in his own Conservative party about the economic toll, Johnson warned that now was not the time to ease the lockdown.

“I know it is tough and I want to get this economy moving as fast as I can,” the prime minister said.

“But I refuse to throw away all the effort and the sacrifice of the British people and to risk a second major outbreak, a huge loss of life and the overwhelming of the NHS.”

Johnson became the most high-profile world leader to contract COVID-19 one month ago.

He spent a week in hospital, including three nights in intensive care, later admitting in a video message after he was discharged that things “could have gone either way”.

He returned to his Downing Street residence on Sunday night, after two weeks spent recovering at his countryside retreat of Chequers, and was due to chair the daily government coronavirus meeting on Monday.

In his absence, the government has faced increasing criticism over its response to the pandemic, as the death toll in Britain climbed to among the highest in the world.

Healthcare professionals still complain about a lack of protective masks and gowns, while a target to test 100,000 people a day by the end of April looks like a tough ask.

Debate is also still raging about whether Britain introduced the lockdown too late, as a decision looms on whether and how the measures could be eased.

People have been asked to stay at home where possible and non-essential businesses have been shut for more than a month. The rules are up for review on May 7.

Some hardware stores are already beginning to reopen and several construction firms have announced a phased return to work.

A senior Conservative MP, Graham Brady, on Sunday said the government must get the economy moving again, after dire predictions from the Bank of England last week of the worst recession in centuries.

Foreign Secretary Dominic Raab, who has been standing in for Johnson, said on Sunday however that social distancing measures would remain in place for some time.

People would have to get used to the “new normal”, he said.