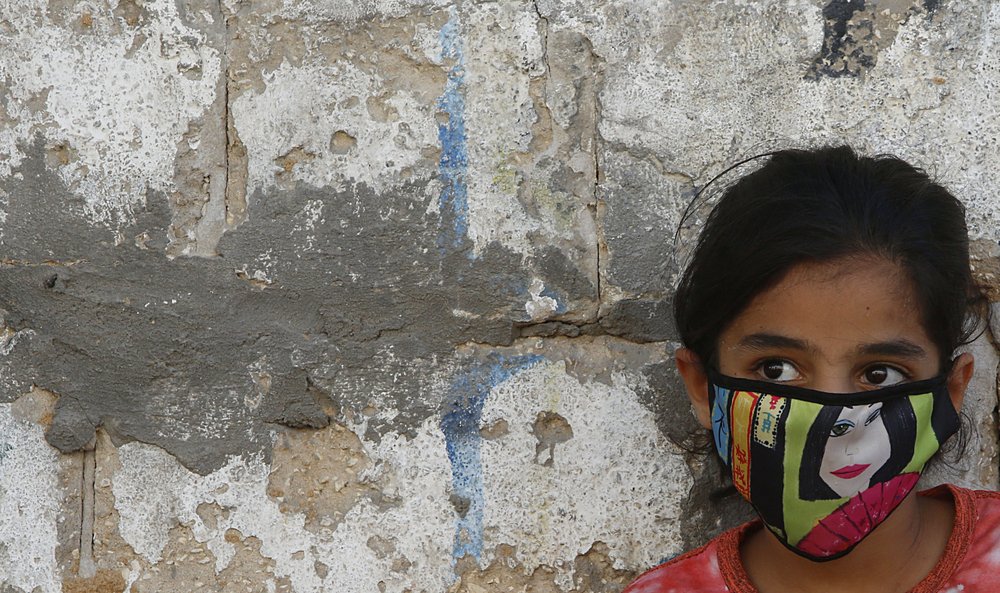 GAZA CITY, Gaza Strip (AP) — Ahmed Eissa, a father of two living in the Gaza Strip, was already struggling to make ends meet on $7 a day, dealing with frequent electricity cuts and worried that another war might break out.

Then the coronavirus found its way into the impoverished Palestinian territory, just as Israel was tightening its blockade in a standoff with Gaza’s militant Hamas rulers, and a strict lockdown has confined everyone to their homes.

Now Eissa doesn’t know how he will feed his family.

The restrictions imposed by Hamas are aimed at averting what many fear would be an even bigger catastrophe: a wide-scale outbreak in a population of 2 million people confined to a territory where the health care system has been devastated by years of war and isolation.

The lockdown was triggered by the discovery earlier this week of the first locally spread cases, after months in which infections were confined to quarantine facilities where all returning travelers were forced to isolate for three weeks. Authorities have not yet determined how the virus made its way into the general population.

Israel and Egypt imposed a crippling blockade on Gaza after Hamas seized power from rival Palestinian forces in 2007. Israel, which has fought three wars and countless smaller battles with Hamas since the takeover, says the closures are needed to prevent the militants from importing and manufacturing arms. Critics view it as a form of collective punishment.

The blockade, the periodic fighting and a longstanding feud between Hamas and the Palestinian Authority in the occupied West Bank have devastated the local economy, which suffers from roughly 50 percent unemployment.

In recent weeks, Hamas-linked groups have sent incendiary balloons and rockets into Israel in a campaign aimed at pressuring it to ease restrictions and allow large-scale development projects. In response, Israel launched airstrikes targeting Hamas military infrastructure, sealed off Gaza’s fishing zone and closed its sole commercial crossing. That forced Gaza’s only power plant to shut down for lack of fuel.

Most Gazans now get just four hours of electricity a day, leaving them without refrigeration, air conditioning or electric fans for hours on end as temperatures hover around 32 degrees Celsius (about 90 degrees Fahrenheit).

Eissa’s wife, Majda, says it’s “unbearable.” They struggle to sleep at night because of the heat and humidity. Her daughters sleep on the tile floor because it’s cooler. They change rooms, they open and close windows, trying to catch the occasional breeze.

The water pump in their building runs on electricity, so the taps run dry when the power goes out.

“The dishes and laundry are piling up in the kitchen,” she said. “Everything gets dirty, and I have to keep scrubbing and cleaning using a bottle of water. I can’t bear to stay at home anymore.”

Eissa used to buy from fishermen and then resell the fish in local markets, work that he says brought in around 25 shekels (seven dollars) a day. But the fishermen are marooned by the Israeli closures, and he’s not allowed to leave home because of the lockdown to look for other work.

On Thursday, his parents, who live downstairs, sent him a pot of stew for lunch.

“I don’t know what or how we will eat tomorrow,” he told The Associated Press by phone from his home in the Nusseirat refugee camp in central Gaza. He complained that he has not seen a serious government plan on how to cope with the crisis.

In recent days, authorities have detected 80 cases of local transmission and two people have died from COVID-19, the illness caused by the virus. Hamas has extended the lockdown until Sunday, forcing most businesses to close and setting up checkpoints to limit movement.

“We may have to shut down entire neighborhoods and lock up residents in their houses while providing them with what they need,” Tawfiq Abu Naim, the head of Hamas’ security services, told reporters.

Many Gazans live day-to-day on meager wages earned at markets, shops, restaurants and cafes, all of which are shuttered.

About two thirds of Gaza’s population are refugees whose families fled or were driven out during the 1948 war surrounding the creation of Israel. More than a million receive food aid from the U.N. agency for Palestinian refugees, but it has been forced to suspend food distribution due to the pandemic and is now providing only health care and basic sanitation.

“We are aware that food is even more critical during such a period, and are working hard on finding a modality that will allow us to resume this massive food operation in the very near future in a safe way,” said Matthias Schmale, the UNRWA director in Gaza.

UNRWA launched a program to deliver food to people’s homes in March, at the start of the global pandemic, but ended it when an initial lockdown was lifted.

“If we’re not able to run our generators this would be a major challenge for continuing essential services, and in particular, health,” he said.

Image: A Palestinian girl wear a face mask during a lockdown imposed following the discovery of coronavirus cases in the Gaza Strip, Thursday, Aug. 27, 2020. On Wednesday Gaza’s Hamas rulers extended a full lockdown in the Palestinian enclave for three more days as coronavirus cases climbed after the detection this week of the first community transmissions of the virus in the densely populated, blockaded territory. (AP Photo/Hatem Moussa)