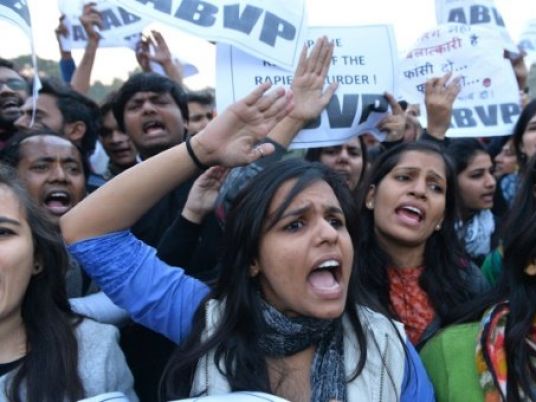 Vitamin B could help mitigate the effects of the most dangerous type of air pollution, according to a new study published Monday.

In the first study of its kind, a team of international researchers looked at the damage caused by one of the pollutants that has the most severe impact on health: PM2.5.

The team found that something as simple as a daily vitamin B supplement could potentially reduce the impact of the tiny particles on the human body, although they stressed that research was in its early stages and the sample size was small.

How deadly is air pollution? Particulate matter, or PM, is a type of air pollutant consisting of small particles of different sizes — from tiny molecular clusters to dust or pollen that we can see. PM2.5 has a diameter of fewer than 2.5 micrometers, about 30 times smaller than a human hair.

"These particles are so small they can go into our respiratory system," Chak K. Chan, professor of Atmospheric Environment at the School of Energy and Environment, at Hong Kong's City University told CNN. "They can go deep into our lungs."

Once the particles are inhaled they can result in lung and systemic inflammation and stress, experts say. And scientists suspect exposure to PM2.5 can cause "epigenetic" changes to our cells — disturbances or mutations that can damage our health.

A new map of annual levels of PM2.5 found around the world, released by the World Health Organization. According to the WHO, 92% of the world's population lives in places where the PM2.5 level exceeds the recommended threshold.

However, how exactly these particles make people unwell is not fully understood, Andrea Baccarelli, chair of Environmental Health Sciences at Columbia University's Mailman School of Public Health, and one of the authors of the study, said in a statement.

Vitamins versus smog. For this study, published in the science journal PNAS, 10 volunteers were initially exposed to clean air and given a placebo to check their baseline responses.The group then took another placebo for four weeks before being exposed to heavily polluted air from downtown Toronto, where an estimated 1,000 cars pass every hour.

Air pollution particles found inside human brains. The bad air was delivered to the volunteers through an "oxygen type" face mask.
The experiment was then repeated, with each volunteer taking a B vitamin supplement daily — made up of 2.5 mg of folic acid, 50 mg of vitamin B6, and 1 mg of vitamin B12. B6 can be found in liver, chicken and nuts, amongst other things, and B12 in fish, meat, eggs, milk and some cereals.

The researchers found that four weeks of B vitamin supplements reduced the damage of PM2.5 exposure by 28-76%.

The results highlight how prevention at an individual level could be used to fight the adverse effects of PM2.5, the researchers said.

"While emission control and regulation is the backbone of prevention, high exposures are, unfortunately, the rule still in many megacities throughout the world," he said.

Experts agree that while we should do what we can to protect ourselves against pollution, central regulation is still key.
"Regulation goes together with implementation," said Chan, adding that while people should use masks, air purifiers or any other emerging methods to protect themselves, ultimately, in his view, it's the responsibility of governments to protect people's health through maintaining air quality.

"A lot of us don't really have a choice to pick what type of air we breathe in. Air is the basic resource to support human life — this is something that we do not have any option about."