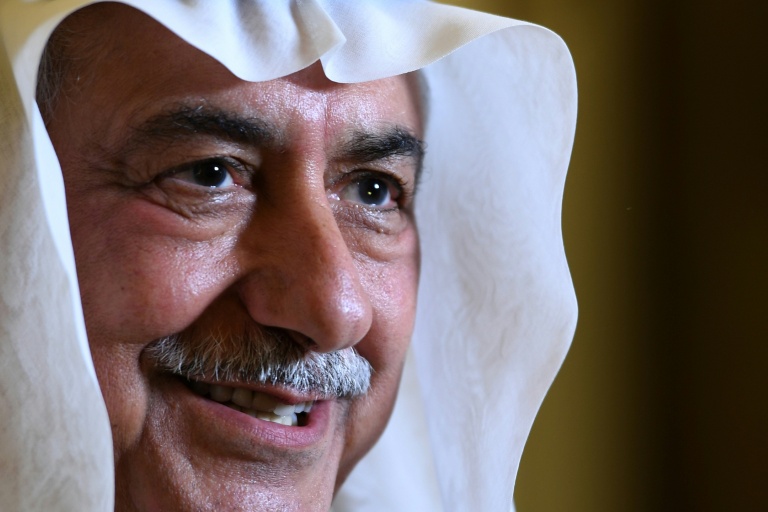 Saudi Arabia’s new foreign minister struck a note of defiance Friday in the face of international outrage over critic Jamal Khashoggi’s murder, denying the kingdom was in crisis and that his predecessor had been demoted.

Ibrahim al-Assaf, a former veteran finance minister who was briefly detained last year in what Riyadh said was an anti-corruption sweep, replaced Adel al-Jubeir as foreign minister in a major government shake-up on Thursday ordered by King Salman.

The surprise reshuffle was seen partly as an attempt to elevate the kingdom’s marginalized old guard, adding a veneer of checks and balances to the policy decisions of 33-year-old Crown Prince Mohammed bin Salman, who faces intense global scrutiny over the October 2 murder of journalist Khashoggi.

But speaking to AFP in his first interview since his appointment, Assaf insisted the restructuring was motivated not by the Khashoggi affair, but the need to make the government machinery more efficient.

“The issue of Jamal Khashoggi… really saddened us, all of us,” Assaf told AFP at his residence in Riyadh, adorned with mahogany furniture, a wall-mounted elephant tusk and other hunting trophies.

“But all in all, we are not going through a crisis, we are going through a transformation,” he added, referring to social and economic reforms spearheaded by the crown prince.

Assaf, 69, inherits the ministry after a series of combative foreign policy moves by the crown prince, who along with regional allies imposed a blockade on neighboring Qatar, launched a military campaign in Yemen and engaged in a bitter diplomatic row with Canada.

Topping it all, Khashoggi’s murder in Saudi Arabia’s Istanbul consulate by what it calls “rogue” agents is testing relations with key ally Washington, particularly after a US Senate resolution recently held Prince Mohammed responsible for the killing.

When asked whether his biggest foreign policy challenge was to repair the kingdom’s tarnished reputation, Assaf replied: “I wouldn’t say ‘repair’ because the relationship between my country and a vast majority of countries in the world is in excellent shape.”

Before him, Jubeir also sought to vigorously defend the government and the crown prince, widely known as MBS, on the international stage over Khashoggi’s murder.

In Thursday’s reshuffle, Jubeir was appointed minister of state for foreign affairs, fueling speculation that he had been demoted after he failed to quell global criticism over Khashoggi.

“This is far from the truth,” Assaf said.

Jubeir’s new role, he insisted, was tantamount to a division of labor and not a demotion, in a bid to accelerate the task of remaking a ministry known to be overly bureaucratic.

“We complement each other.”

A seasoned bureaucrat, Assaf was briefly held in Riyadh’s Ritz-Carlton hotel last year along with hundreds of elite princes and businessmen, in what the government called a crackdown on corruption.

Saudi officials say he was released after being cleared of any wrongdoing, and he subsequently led a government delegation to the World Economic Forum in Davos earlier this year.

His reappointment to a cabinet role indicates the government is seeking to slowly “rehabilitate” the experienced old guard, widely seen to be sidelined by the young prince, observers say.

“King Salman is seeking to bolster his son by appointing seasoned technocrats like Assaf who are not from MBS’s inner circle, indirectly reinstating an internal system of checks and balances that was swept away in (MBS’s) drive to consolidate power,” said Becca Wasser.

“Adding experienced government hands from an older generation, will serve to check some of MBS’s impulses,” the policy analyst at the US-based RAND Corporation told AFP.

The elevation of seasoned allies in Thursday’s reshuffle has bolstered the authority of Prince Mohammed after the removal of younger aides in his inner circle implicated in Khashoggi’s murder, including former royal court advisor Saud al-Qahtani.

Assaf, who is on the boards of state oil giant Aramco and the vast Public Investment Fund, said his appointment as the top diplomat would help bring his financial experience to foreign affairs amid a current “dip” in the economy.

The top crude exporter, facing a sharp fall in oil prices, is scrambling to restore confidence in foreign investors rattled by a series of what many see as rash foreign policy decisions.