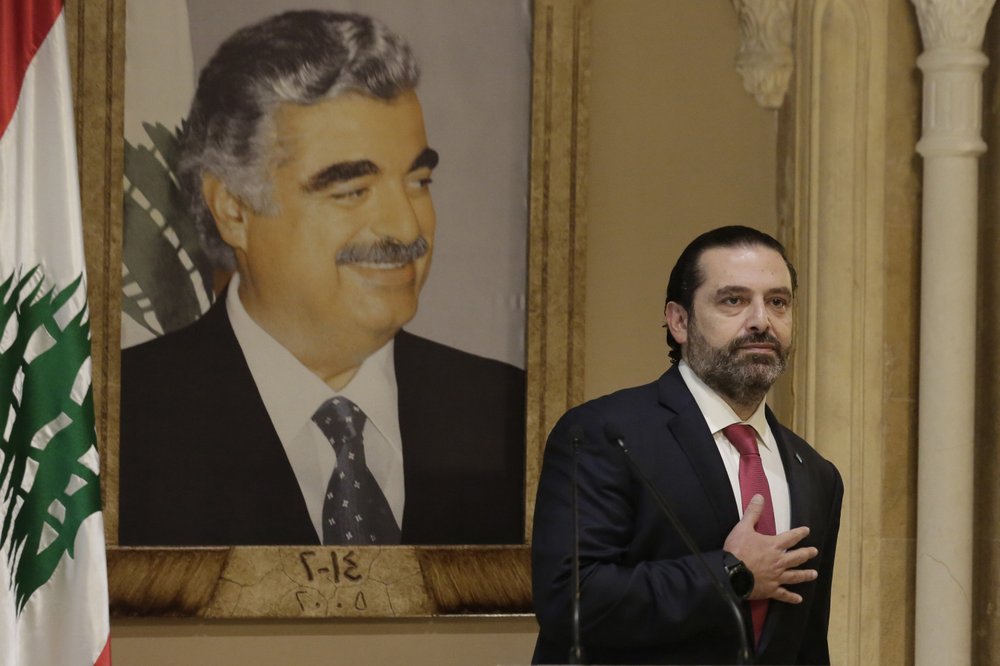 BEIRUT (AP) — The resignation of Prime Minister Saad Hariri on Tuesday meets a key demand of Lebanon’s anti-government protesters but will also plunge the country into even greater uncertainty, with no clear path to resolving its growing economic and political crisis.

The political settlement that ended Lebanon’s 1975-1990 civil war distributes power and top offices among the country’s Shiites, Sunnis and Christians. The complex sectarian system has mostly kept the peace, but it has made major decisions extremely difficult and contributed to long periods of political gridlock.

The Western-backed Hariri had served in a national unity government dominated by rival factions allied with the militant Hezbollah group, whose supporters attacked the main protest camp on Tuesday. He had proposed the creation of an emergency Cabinet made up of a small group of technocrats to steer the country toward necessary reforms, but his governing partners refused.

A point of dispute emerged over Foreign Minister Gebran Bassil, the son-in-law of President Michel Aoun. The protesters have trained much of their vitriol on the two men, who are allied with Hezbollah, but Aoun has reportedly insisted on remaining in office and keeping Bassil in his post. Hezbollah, which has three ministers in the government, has stuck by its allies and was opposed to Hariri’s decision to resign.

If he accepts his resignation, Aoun will task the now-resigned government to continue in a caretaker capacity. Under the constitution, he then has to hold binding consultations with the heads of parliamentary blocs to ask them for their choice of a new prime minister. He could then appoint Hariri or another individual from the Sunni community to form a government. In Lebanon’s system, the presidency is reserved for a Christian, the prime minister is Sunni and the parliament speaker is Shiite.

Aoun has the right in principle to reject Hariri’s resignation, but he could then refuse to call for Cabinet meetings.

The process of forming a new Lebanese government typically takes several months. It took Lebanon’s factions 2 ½ years to agree on the current president, and it took nine months to form Hariri’s now-embattled government.

This time, however, the country is in the grip of a severe economic crisis that has only worsened since the protests began, with banks, schools and businesses having been closed for two weeks.

“In this context, it is incredibly difficult to see them agreeing on any one new name,” said Maha Yahya, director of the Carnegie Middle East Center.

That would leave Hariri in place as head of a caretaker government.

“His capacity to address the economic crisis and possible economic and financial collapse will be curtailed even more,” Yahya said. “A devaluation of the Lebanese pound will likely lead to even more social unrest and turbulence on the street.”

The protesters have adamantly rejected the entire political class, calling for overthrow of the postwar regime. Acquiescing to those demands would essentially require those who have led the country for three decades to legislate themselves out of existence. The leaders reject that.

Photo: Lebanese Prime Minister Saad Hariri speaks during an address to the nation in Beirut, Lebanon, Tuesday, Oct. 29, 2019. Lebanon’s embattled prime minister says he is presenting his resignation to the president after he hit a “dead end” amid nationwide anti-government protests. (AP Photo/Hassan Ammar)

Protests in Iraq and Lebanon pose a challenge to Iran