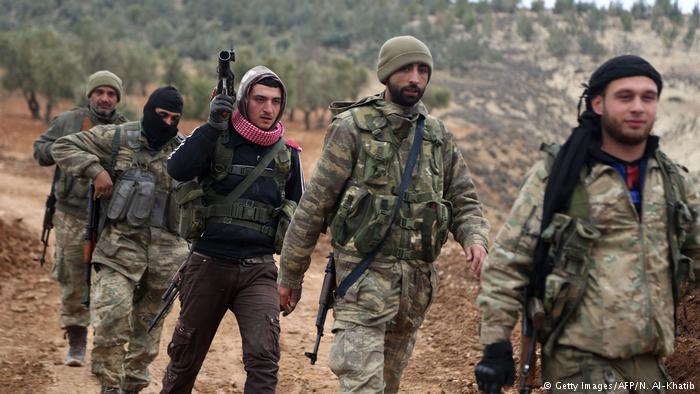 Turkey’s seizure of the town of Afrin in northern Syria is a significant military achievement for Turkish President Recep Tayyip Erdogan that gives him control over a large chunk of Syrian territory but also entrenches his troops as an occupying force in a crowded terrain packed with adversaries.

Ignoring criticism by the United States and Europe of his eight-week military offensive, Turkish forces and allied Syrian militiamen swept into Afrin on Sunday, marching victoriously into the town’s center and shooting in the air in celebration.

And it doesn’t stop there, Erdogan says.

Emboldened, he vowed on Monday to expand military operations into other Kurdish-held areas in Syria and even into neighboring Iraq — a move that would potentially put his troops in direct confrontation with U.S. troops stationed nearby.

The main Kurdish militia, acknowledging defeat in Afrin, has vowed to turn to guerrilla warfare to confront Turkish troops.

Here’s a look at Turkey’s seizure of Afrin, and what lies ahead:

WHAT DOES ERDOGAN REALLY WANT?

At this point, that question is anyone’s guess. Turkey has long backed rebels fighting to oust President Bashar Assad from power, opening its borders to foreign fighters to join the war in Syria.

But the war has greatly empowered Erdogan’s No. 1 enemy, the Kurds, whose rag-tag fighters Turkey considers to be “terrorists” and an extension of its own Kurdish insurgency. In the chaos of war, the Kurdish fighters have partnered with the United States to fight the Islamic State group and carved out a huge autonomous region along the border with Turkey, amounting to a quarter of Syria’s entire territory.

That has led Ankara to recalibrate its focus toward halting Kurdish expansionism.

Erdogan, who first launched military operations in Syria in 2016, has repeatedly said Turkey will not allow a “terror corridor” along its border and has vowed to push eastward in Syria after Afrin, to prevent the Kurdish militia from linking up territories it controls in eastern and western Syria. Turkey is home to some 3 million Syrian refugees, and Turkey has also said Afrin could be a place where those refugees would return to.

Afrin, a separate Kurkish-run canton cut off from the rest of Kurdish-held territory by a Turkish-held enclave, was an easy target.

But by pushing eastward as he is threatening to do, Erdogan risks overplaying his hand and getting bogged down in a fight bigger than Turkey can handle.

WHAT DOES IT MEAN FOR THE KURDS?

It’s a huge setback. Until a few months ago, Syria’s long-marginalized Kurds were described as the biggest winners in Syria’s civil war. They bragged of being the main ground force that ousted the Islamic State group out of its strongholds in Syria, including Raqqa, the extremist group’s de facto capital.

But the Kurds’ dream of self-rule is looking increasingly fragile. They have been historically used and cast aside, and may once again become the losers in the big powers’ play over influence in Syria.

The Turkish offensive on Afrin, which began Jan. 20, has put the U.S. in a tough spot, juggling between the interests of the Kurds, its only ally in war-torn Syria, and its relations with Turkey, a key NATO ally. It did not move a finger to help the Kurds fight for Afrin.

The Kurds vowed to defend the enclave until the end, describing it as an existential fight to preserve their territory. They relocated hundreds of fighters from front lines with the Islamic State group to bolster the defense of Afrin.

In the end, they were no match for Turkey’s NATO army’s overwhelming firepower.

The Kurds lost more than 800 fighters in the 58 days of fighting for Afrin. An estimated 500 civilians were killed, and tens of thousands of Afrin residents streamed out of the town before the Turkish troops entered.

A lot hinges on whether Erdogan goes ahead with his threat to expand military operations eastward, toward the town of Manbij and other areas east of the Euphrates River controlled by U.S.-backed Syrian Kurdish forces, and where U.S. bases are also housed.

While the U.S. was able to distance itself from the fighting in Afrin, it can’t sit by silently if Turkey expands the fight to Manbij. Kurdish guerrilla-type attacks against Turkey and its Syrian allies could also jeopardize the U.S.-led mission to stabilize areas that have been captured from IS.

President Bashar Assad’s response is also an open question. His forces are now preoccupied with recapturing eastern Ghouta, near Damascus, and other areas deemed more essential. But he has condemned Turkish “occupation” of parts of northern Syria and vowed to eventually recapture the region.

Another major question is whether the takeover would lead to ethnic cleansing of the Kurdish majority there. Images that emerged Sunday following Afrin’s takeover bode ill for the future of the ethnically-mixed region. Afrin residents reported widespread looting and pillaging soon after Turkish troops and allied Syrian fighters marched into the town center Sunday.

Turkey, along with its Syrian allies, already controls large chunks of territory east of Afrin. But its presence there was more accepted than in Afrin because it chased IS militants from those areas.

Some 200,000 people fled Afrin over the past few days, and whether they will be permitted to return remains an open question.

ICRC calls for access to Syrian Kurds in Afrin