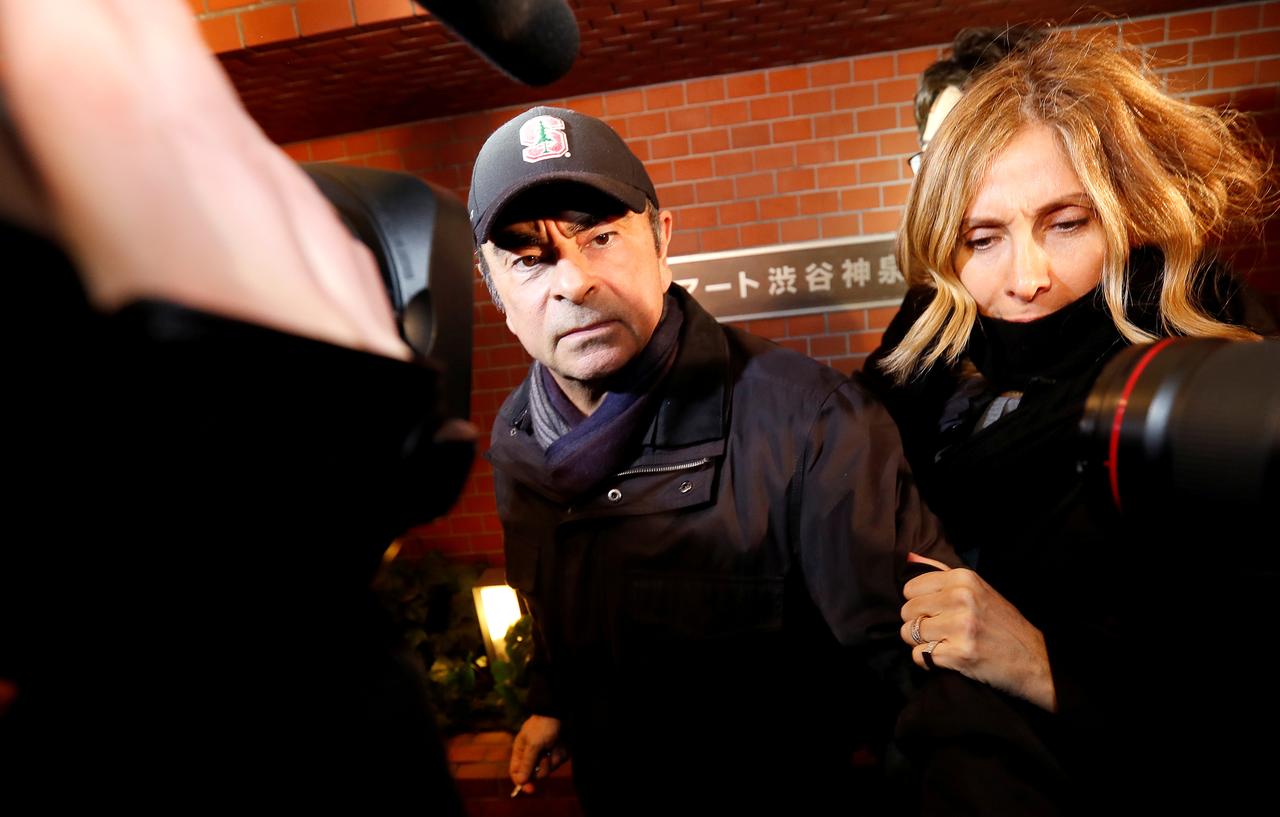 “I’d like President Trump to speak to Prime Minister Abe about fair conditions, fair trial conditions and to let me speak to my husband and also to respect this presumption of innocence until proven guilty,” Beirut-born Carole Ghosn, who has a US passport, told the BBC.

Shinzo Abe is due to host other leaders of the Group of 20 economies in the Japanese city of Osaka on June 28-29.

Ghosn, who holds French, Lebanese and Brazilian citizenship, is facing financial misconduct charges and has said he is the victim of a boardroom coup, accusing “backstabbing” former colleagues of conspiring to oust him as Nissan chairman.

Carole Ghosn said she had not spoken to her husband since he was re-arrested on April 4 before being released on bail three weeks later.

“They told him one of the bail conditions, the restrictions, is he isn’t allowed to speak to me or talk to me, which I find inhumane,” she said.

“All of this could have been dealt with internally within the company. This didn’t need to go this far and on top of it my husband is innocent and time will prove the truth.”

In April Carole Ghosn called on the French government to do more to help her husband. Carlos Ghosn, who holds French, Lebanese and Brazilian citizenship, has denied charges against him.