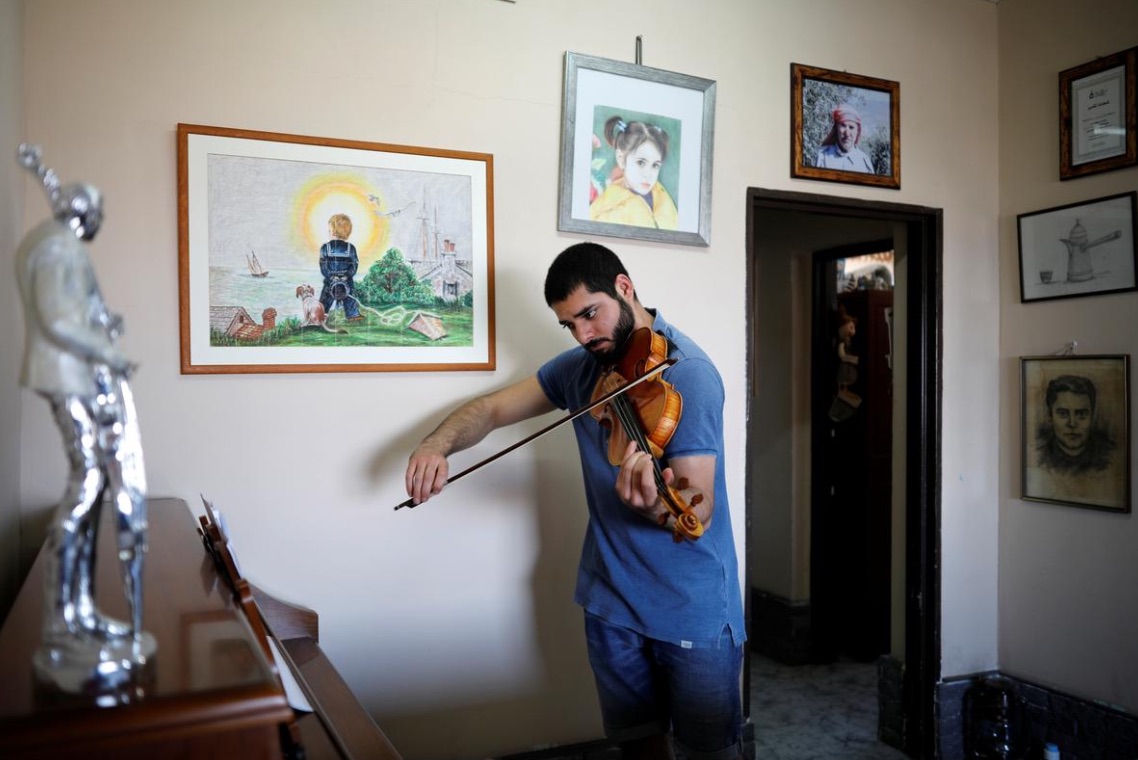 I recently read a book titled “What to Expect When No One’s Expecting” by the American writer Jonathan V. Last. At first glance, the title appears very general and brings many topics to mind, but when you dig deeper and read it carefully you find it has another title: “America’s Coming Demographic Disaster.”

It is a title that bears a warning, which in turn provokes a feeling closer to surprise, if not to scientific or epistemic shock. This is because international demographers and analysts have consistently excluded the United States from problems related to population issues, conditions they may face in the future.

They used to rely on the fact that the demographic situation in America is reassuring: The United States has an inexhaustible source of youth capable of managing production and services operations, compared to developed countries and nations that are suffering from an aging population and the decline of young capabilities.

Among the countries that are facing the problem of demographic composition and balance are most European countries — most notably Italy, Germany and the UK— as well as Japan.

The book, however, adds a pivotal country: China, which the author predicts is going to suffer demographically within the next three decades, because of the one-child policy.

The author says that the decline in the number of young people naturally threatens the situation of China in a future that he does not see as far away. In light of this, he warns America in particular of the danger of new cultures and behaviors in its society, from limiting oneself to having one child, or even giving up having children and replacing them with dogs, cats, and even robots.

America has been outside this negative classification for a long time. The reason is that it has been receiving immigrants for the last two hundred years. In this light, the population has been provided with a large and varied range of young human capabilities, potentials and energy, coming from Western and Central Europe, the Mediterranean and the Middle East, from Latin America and Asia.

The author stops at the term “population bomb,” and “population explosion,” the fear of which America and other developed countries have shared with the whole world. JThe pessimistic English thinker Thomas Malthus first warned about the phenomenon, referring to “overpopulation” to the degree that the Earth cannot accommodate all the people in the world.

However, recent statistics indicate that the United States is facing the exact opposite problem, and that in the two most recent generations (i.e. for the last sixty years), America has show indicators of slow growth rates in population.

Last also predicts that the world’s population will reach its peak, and then begin to shrink and decline, in the next fifty years.

In fact, in a country like Japan, the population has begun to decrease and decline to the extent that the country will only have half of its population by the end of the century.

In Italy, specialists are pointing out that death rate has been exceeding birth rate year by year.

It is noteworthy that the book was published in 2014, that is, five years before the Coronavirus pandemic, or the “Corona Game.”

The author believes that it is necessary to admit that had it not been for the wave of immigration that America witnessed over the last thirty years, the United States would have been on the verge of population decline.

The author is supported by many analysts, writers and thinkers who saw that the rehabilitation of family, which is the core of reproduction and the center of society, is very important. The family is still the primary source of moral values and societal culture, and with the decline of the family, society will suffer a massive demographic decline, the value system will be lost, and communication between generations will be cut off. In addition to this is the decline of the economic productive process and of innovation at all levels.

The book draws its importance from its author Jonathan V. Last, a prominent editor and veteran writer, who has often written on the present and future of American society. His articles have been published in major American newspaper such as the Wall Street Journal, the Los Angeles Times, and the Washington Post.

In addition, the many books he has written and published have gained him fame and support from the media, and have drawn the interest of readers and followers.

On the other side, the Friedrich Ebert Foundation, in conjunction with Leipzig University in Germany, studied the situation of the youth in the Middle East and North Africa. The study was edited by Jörg Gertel and Ralf Hexel, and its Arabic version was published in 2019 in more than 500 pages.

I wrote a detailed article on that study titled “The youth between loss of security and lack of certainty: Reality, constraints and solutions” which was published on April 28, 2020.

On page 25, the study mentioned that people aged 15-29 make up 30 percent of the Arab population. There is no doubt that the largest percentage of the population is also concentrated among Arabs aged between 30-50. That means they are still in the age of production and energy, which in turn means that our Arab societies are youthful and young, and are ascending on the graphic scale of demography.

This study gave great attention and care to studying the situation of the youth using a questionnaire survey of about 9,000 young people—a true field study. This attention and care may raise many questions about its purpose and what it aims for, as major western research institutions, centers and universities do not do such studies in vain, but for specific strategic objectives.

Is the West looking for a demographic savior, but wants this savior to be a qualitative one?

It is an important question, especially if you know that such a study, and many others, went on for years. Among the things it did was to include a chapter titled “Mobility, Immigration and the Movement of Refugees” by Jörg Gertel and Ann-Kristin Wagner. This study focused on the material, social and economic conditions of young immigrants, and found that migration is not always linked to poverty, but rather it is a reformulation of human movement as the ability of people to choose freely where they want to live, also linked to the willingness to accept some changes in life.

The motive for immigration may be obtaining professional qualifications —which is an acceptable motive that includes studying at universities and continuing post-graduate education there. The surveys confirmed that young people do not underestimate immigration, but they are torn between continuing their life with their family and the desire to make a contribution to their devastated countries.

The study also confirmed that most young people who want to emigrate are not interested in working in agriculture, and that they do not wish to accept a job that does not match their professional or academic qualifications.

The main motivations for young people to emigrate are to find work abroad, to live in luxury, or to expand their horizons. The youth are aware of the cultural and employment barriers that await them as a result of emigration, barriers to integration, for example. Still, many of them are determined to emigrate.

The study also examined the situation of Syrian refugees and displaced Syrians in Lebanon in particular, and in other countries in general. It found that the main reasons for their emigration are: the fighting in Syria, poverty, material damage, and the dangers that threaten them or their families. It appears that a small percentage of them have perceptions about their future, especially since many of them have left their education, and asylum forced them to work in illegal jobs, which led them to be exposed to poverty and hunger.

Therefore, such a study gives great attention to the Arab youth in the Middle East and North Africa, because they see in them an important material, and a great energy that can be invested. But where in different fields and sectors should the potentials of our youth be invested?

It seems to me that as a result of the demographic problem that the old continent of Europe is currently witnessing, its countries will resort to compensation. They will not find suitable conditions to invest more than the Arab countries that are living in a state of instability and insecurity, an increase of unemployment.

This is in addition to the vast space provided by social media, which led our youth to be fascinated by the West and to no longer be satisfied with their standard of living or with the role they play within their Arab society, where they are often not in the right place in their work and jobs. Then there is also the openness in which many young people saw the cultural and social freedoms they aspired to, but that they did not find in their own countries.

I believe that based on the study presented by Jonathan Last, America will soon catch up with Europe in investing in young potential from the Arab world, even though it has wider options due to its geographic closeness to Latin America, which is living in similar conditions to those of some Arab countries.

However, there are questions that need to be answered:

– If we were to lose a lot of the professional experience, scientific specializations, and operational capabilities of our youth, would our Arab countries be able to compensate?

– If our youth integrate into western societies and became part of them, will they forget the religious, social or cultural values they grew up with?

– What about the children of the second and third generation of immigrants?

– Will our youth influence Western societies and change many aspects of their life? Or will they be passive rather than active?

– Will our youth assume important positions in these countries? Or will they be merely a tool for rescue at the vocational and operational levels within certain sectors?

– Can’t the Arab countries create a major development project, or an “Arab Marshall Plan,” through which they can save the portion of our youth that can be saved and accommodate their energies, which their countries need?

These are important questions for those who are concerned. They are questions that I ask our youth, and hope that they will find their answers when they make any decision that may change the course of their lives forever.