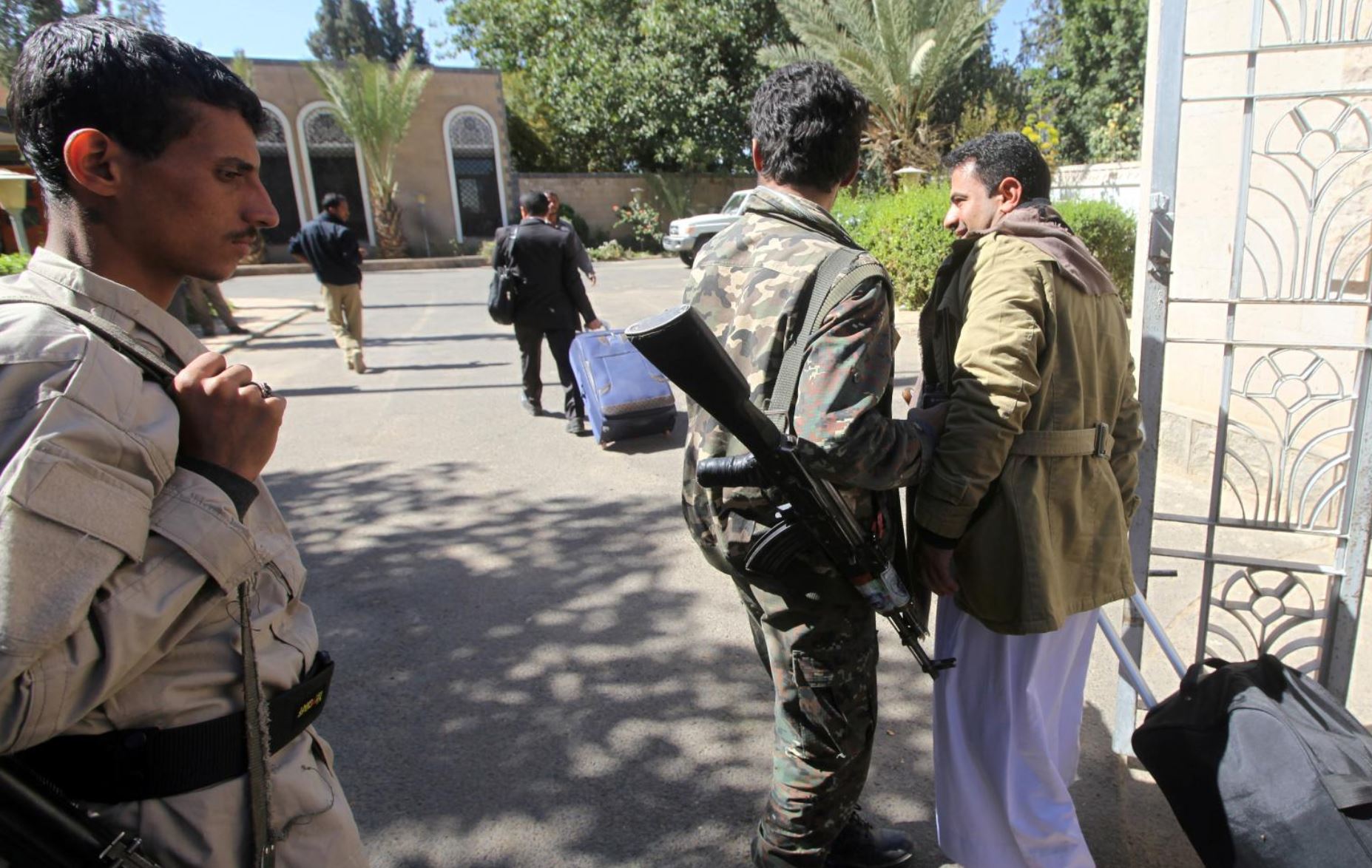 STOCKHOLM (Reuters) – Yemen’s warring sides agreed to free thousands of prisoners on Wednesday, in what a UN mediator called a hopeful start to the first peace talks in years to end a war that has pushed millions of people on the verge of starvation.

UN mediator Martin Griffiths told a news conference in a renovated castle outside Stockholm that just getting the warring sides to the table was an important milestone.

The war has killed tens of thousands of people and spawned what the United Nations calls the world’s direst humanitarian crisis, since a Saudi-led Arab coalition intervened in 2015 to restore a government ousted by the Iran-aligned Houthi movement.

No talks have been held since 2016, and the last attempt in Geneva in September failed when the Houthis did not attend.

Griffiths said the prisoner swap agreed at the start of the talks would reunite thousands of families. The International Committee of the Red Cross said at least 5,000 would be freed.

The war, widely seen across the region as a proxy conflict between Saudi Arabia and Iran, has been stalemated for years, threatening supply lines to feed nearly 30 million inhabitants.

The Houthis control the capital Sanaa and most populated areas, while the ousted government based in the southern city of Aden has struggled to advance despite the aid of Arab states.

Humanitarian suffering in one of the world’s poorest countries has added to pressure on the parties to end the conflict, with faith in the Saudi-led war effort flagging among Western allies that arm and support the coalition.

Diplomats are expected to shuttle between the warring parties to discuss other confidence-building steps and the formation of a transitional governing body, a UN source said.

The Swedish hosts called for constructive talks to end what Foreign Minister Margot Wallstrom called a “catastrophe”. Griffiths, flanked by the two delegations, told them not to waiver.

Griffiths wants a deal on reopening Sanaa airport, shoring up the central bank and securing a truce in Hodeidah, the country’s main port, held by the Houthis and a focus of the war after the coalition launched a campaign to capture it this year.

This could lead to a wider ceasefire to halt coalition air strikes that have killed thousands of civilians, and Houthi missile attacks on Saudi cities.

A UN source said that the two sides were still far from agreement on the three issues, especially on who should manage Hodeidah port and whether the Houthis should entirely quit the city. “Hodeidah is very complex,” the source said.

The United Nations is trying to avert a full-scale assault on Hodeidah, the entry point for most of Yemen’s commercial goods and aid. Both sides have reinforced positions in the Red Sea city in sporadic battles after a de-escalation last month.

The other main route in and out of Houthi territory is the Sanaa airport, but access is restricted by the Saudi-led coalition which controls the air space.

The head of the Houthis’ Supreme Revolutionary Committee, Mohammed Ali al-Houthi, said in a Twitter post that if no deal is reached to re-open the airport, the movement could close it on the ground to all traffic including UN flights.