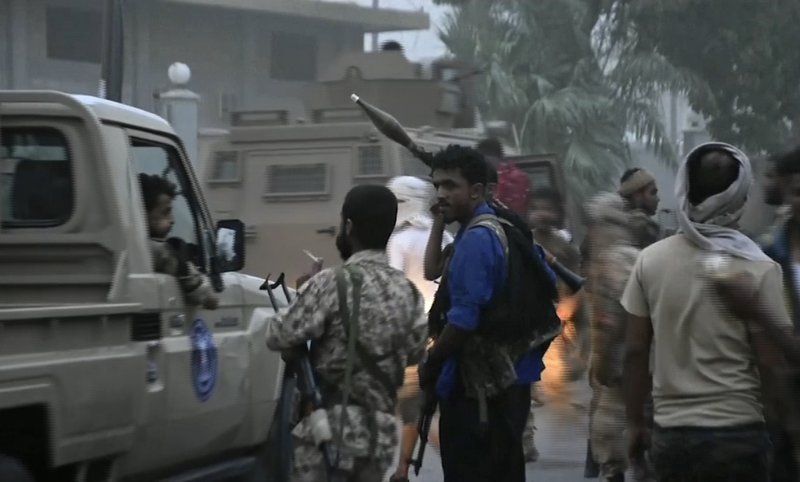 Clashes over Ataq, the capital of oil-rich Shabwa province erupted late Thursday night and lasted until Friday morning, said the security officials, speaking on condition of anonymity because there were not authorized to talk to the media.

The city of Ataq was previously divided between the government forces of Saudi-backed President Abed Rabbo Mansour Hadi and a separatist militia, trained and armed by the United Arab Emirates.

The infighting between Hadi’s forces and the UAE-backed separatists — ostensibly allies in Yemen’s war against the Shiite Houthi rebels — erupted earlier this month. It has threatened to fracture the Saudi-led coalition, a group of Arab states that intervened in Yemen’s civil war in 2015, to help restore Hadi’s government to power. The previous year, the rebel Houthis overran the capital, Sanaa, and gained control of much of the country’s north.

Separatist militiamen of the so-called Southern Transitional Council have so far seized strategic southern areas, including the city of Aden and much of the nearby Abyan province.

A Saudi-Emirati commission flew to southern Yemen last week to negotiate a truce between the government forces and separatists but has so far made no progress.

In a tweet posted early Friday, Hani Ben Braik, a separatist leader, would not admit defeat at Ataq but said his militiamen chose not to pursue a battle in the city out of “respect” for the truce efforts. However, Ben Braik warned his forces would fight back if they were attacked again.

Though a key member of the coalition, the UAE never threw its full support behind Hadi because of his ties to Yemen’s Muslim Brotherhood group, a pan-Arab movement that many Arab countries, including the UAE, consider a terrorist organization.

Hadi’s government released a statement on Tuesday saying the UAE was responsible for the “armed rebellion” in the south and urged the Emiratis to stop providing funds and military support to the separatists.

Also Friday, government troops gave the militiamen an eight-hour ultimatum to declare loyalty to Hadi, “end sedition” and join forces with them.

“We are calling upon you to listen to the voice of reason and logic,” said the statement, released by Hadi’s forces in Ataq.

By AHMED AL-HAJ and NOHA ELHENNAWY

Photo: In this Friday Aug. 9, 2019 frame grab from video, Southern Transitional Council separatist fighters head toward the presidential palace in the southern port city of Aden, Yemen. The separatists backed by the United Arab Emirates began withdrawing Sunday from positions they seized from the internationally-recognized government in Aden. Both the southern separatists and the government forces are ostensibly allies in the Saudi-led military coalition that’s been battling the Houthi rebels in northern Yemen since 2015, but the four days of fighting in Aden have exposed a major rift in the alliance. (AP Photo)