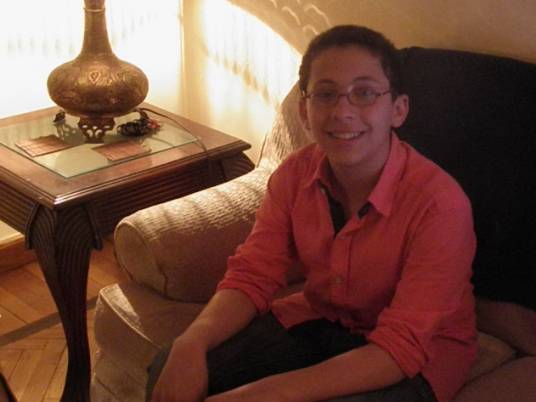 "I received certificates for assessing my intelligence from government agencies (in Egypt)," an Egyptian teenager in the field of computer science Mahmoud Wael, 16, told host Nagwa Ibrahim during the Beit al-Eila talk show on the TV channel al-Nahar Monday evening.
Wael took an IQ test about 10 years ago, which showed he could memorize numbers and do complex calculations in his mind.
He received 151 points on his IQ test, well within the genius range. The teenager pointed out that the average human being can score anywhere between 90 to 110 on the same test. Geniuses score over 120 points, he said. Wael mentioned that he scored 155 points when he was retested.
But being a genius has nothing to do with what you eat, Wael said, pointing out that he loves to eat pizza and pasta.
Egyptian Nobel prize winner Ahmed Zewail had advised Wael to focus on one field that he loves to study, the teenager said, adding that he followed Zewail's advice and chose computer programming.
Wael dreams of being the youngest Nobel prize winner in the world in the field of computers.