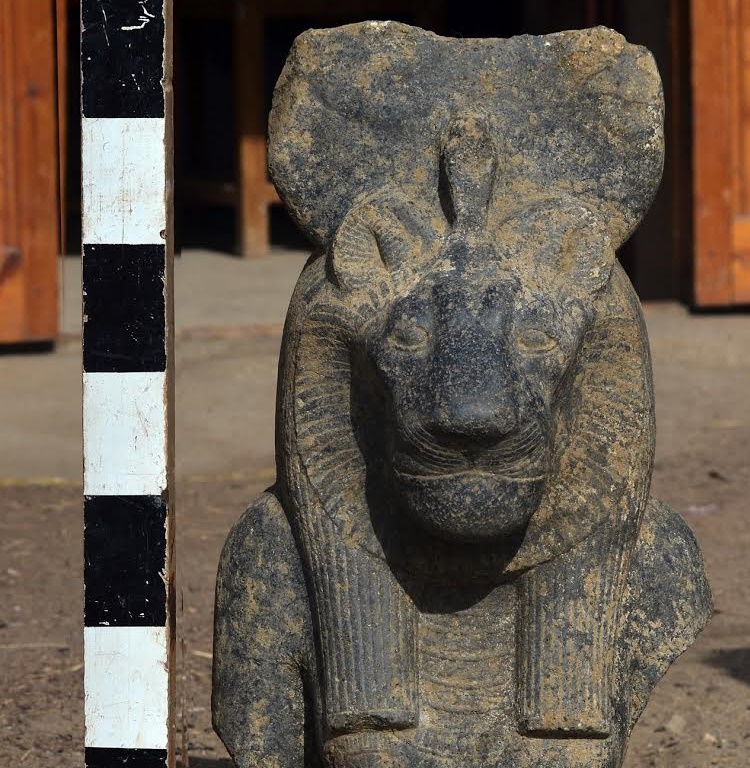 An Egyptian-European archaeological mission working in Luxor Governorate uncovered a collection of 27 fragmented statues of the lioness goddess Sekhmet, ‎Egypt’s Ministry of Antiquities said in a statement on Sunday. 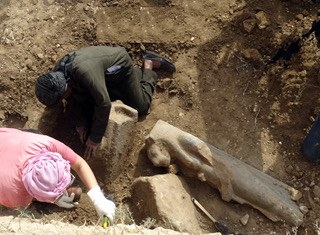 The statement said that the mission, led by archaeologist Hourig Sourouzian, is carrying out the excavations at the Colossi of Memnon area within King Amenhotep III Temple Conservation Project on the West Bank of Luxor.

All the discovered statues were carved in black granite with the maximum height of about 2 meters, Secretary-General of the Supreme Council of Antiquities Mostafa Waziri said in the statement. 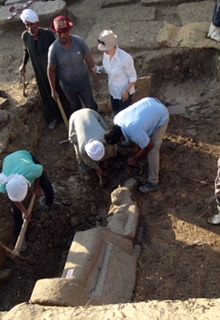 He added that some of the statues depict the goddess Sekhmet sitting on the throne, holding the symbol of life in her left hand, or standing and holding a papyrus scepter in front of her chest. The head is crowned with a sun disk and the Uraeus adorns her forehead.

Sourouzian said that the condition of the statues varies, noting that those which were found in the upper layers of the ground are well-preserved, while others are in poor condition because they were found further down in the ground.

The team is now cleaning the collection in preparation for its display at the original site of discovery once the project is completed, she went on.

Head of the Ancient Egyptian Antiquities Sector Ayman Ashmawy pointed to the collaboration between the European mission and the Ministry of Antiquities to ensure the continuation of the excavations and completion of the Amenhotep III Temple project.

Fathi Yassin, Director- General of the West Bank Antiquities in Luxor explained that the mission began the excavations on the site in 1998 and has unearthed around 287 statues there.