The discovery of a 400,000-year-old half skull in Portugal has offered tantalising hints about a possible ancestor of the Neanderthals, researchers said on Monday.

The fossil was unearthed from the Aroeira cave site, and marks the oldest human cranium fossil ever found in Portugal, said the report in the Proceedings of the National Academy of Sciences, a peer-reviewed US journal.

But there is plenty of mystery around the skull. Researchers don’t know if it was from a male or female, how the person died, or even what form of early human it was.

“There is a lot of question about which species these fossils represent. I tend to think of them as ancestors of the Neanderthals,” co-author Rolf Quam, an anthropologist at Binghamton University, State University of New York, told AFP.

“It is not a Neanderthal itself,” he added. “It has some features that might be related to the later Neanderthals,” including a lump of bone near the ear called the mastoid process. 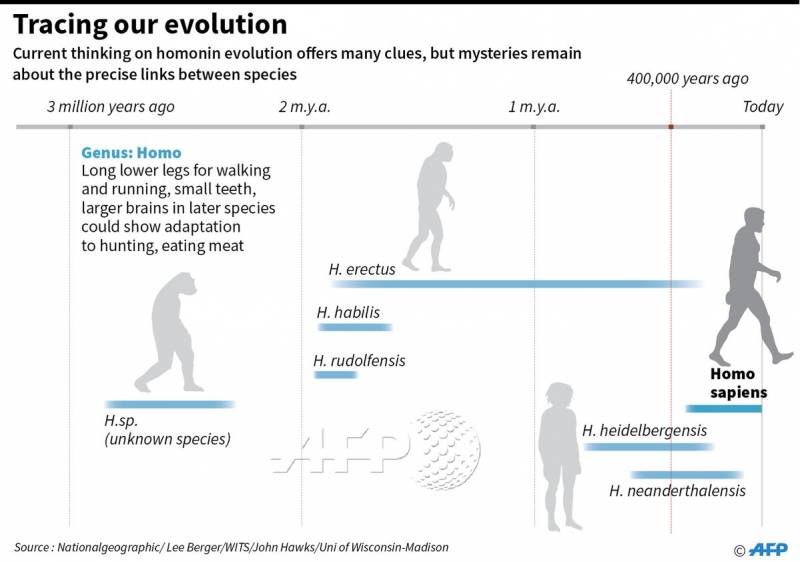 Researchers say this bone may be related to regulating pressure in the ear, although its exact purpose is unclear.

What researchers can say with certainty is that the skull belonged to an adult, based on the formation of the bones. A couple of teeth found with it appear worn, as if belonging to an adult rather than a child.

They also know its age — 400,000 years — based on precision dating of the surrounding stalagmites and sediments.

The same cannot be said for other skulls of its kind found elsewhere in Europe. Some were uncovered years ago, before modern technology existed. In other cases, conditions at the cave site did not allow for precise dating of surrounding rock and sediment.

Researchers have sometimes had to guess at the ages of these skulls, ranging from 200,000 to more than 400,000 years, according to Dr Quam.

The Portuguese skull shares some features with bones uncovered in northern Spain that are some 430,000 years old, and in southern France dating even further back, to around 450,000 years.

“There is a lot of debate currently in the anthropological literature about what species to call these fossils. There is not a lot of agreement,” said Dr Quam, who co-authored the study with Portuguese archaeologist Joao Zilhao and colleagues.

Its location is the furthest west of any human fossil ever found in Europe during the middle Pleistocene period.

It is also one of the earliest in Europe to be associated with the Acheulean stone tool industry, a more advanced kind of toolkit than used among the earliest humans in Europe.

The Acheulean stone tools included tear-drop-shaped hand-axes that were more complex to build than previous iterations.

They originated in Africa and probably made their way into Europe via the Middle East around 500,000 years ago.

To find evidence of these tools 400,000 years ago, all the way over in western Europe, “means relatively quickly the Acheuleans spread through Europe,” Dr Quam said.

While there remains much to be learned about the skull, researchers feel lucky that they found it at all. In fact, they almost missed it.

Glimpsed as an outline of a skull in sediment as hard as cement, the skull was found on the last day of an excavation project in 2014.

“I have been studying these sites for the last 30 years and we have recovered much important archaeological data. But the discovery of a human cranium of this antiquity and importance is always a very special moment,” said Dr Zilhao in a statement.

Workers toiled for a week to cut a block out of the Earth. At one point, a heavy duty demolition hammer broke the skull into pieces.

It took two and a half years to painstakingly extract the skull itself from the block.

Images of the skull show a circular hole, which represents the damage incurred during the excavation.

The fossil will go on display in October at the Museu Nacional de Arqueologia in Lisbon.

In the coming years, experts will dive into the details of the skull and its surroundings “to give a more complete picture of life in the area, life in the cave and the evolutionary place of this human in our ancestry,” said Dr Quam.