Islamist presidential hopeful Abdel Moneim Abouel Fotouh said in an interview Wednesday that he refuses to acknowledge Israel, despite Egypt's peace treaty with its neighbor.

“I do not and will not recognize Israel. But I will not impose that opinion on the Egyptian people,” he told the "90 Minutes" program on Mehwar private satellite channel.

“Not recognizing Israel does not mean by all means imposing this opinion on the Parliament, the Egyptian people or anyone. [Our] international ties are governed by international law.”

He said: “We will be open to everyone, as long as [the relationship] fits with Egyptian interests.”

Rashad al-Bayoumy, a deputy supreme guide of the Brotherhood, said in January that the group might push a revision of the Camp David Accords through the Parliament or a public referendum.

“The Brotherhood respects international conventions, but we will take a legal action with regard to the peace treaty with the Zionist entity,” Bayoumy told the London-based Al-Hayat newspaper at the time.

"The people will make their voices heard,” he said. “Any party has the right to revise a treaty. Moreover, the Egyptian people have never had their say on the treaty before.”

Abouel Fotouh, who was a liberal-minded reformer within the Brotherhood and has gained substantial support from the pro-revolution crowd, was expelled from the group after declaring his intention to run for president. Shortly after former President Hosni Mubarak’s resignation, the Brotherhood announced it would not field a candidate for president and ordered its members not to run in the race. 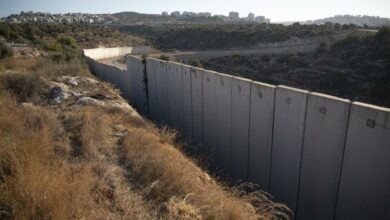