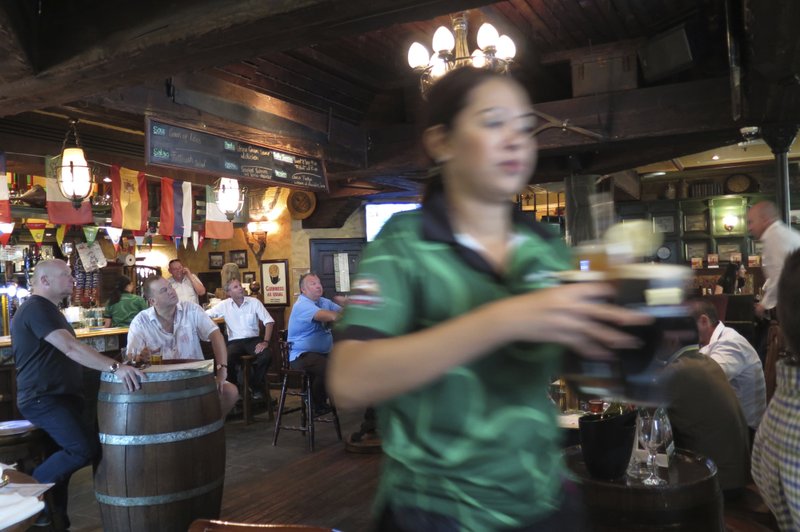 DUBAI, United Arab Emirates (AP) — Abu Dhabi, the conservative capital of the United Arab Emirates, is eliminating its licensing system for alcohol purchases for drinkers after Dubai repeatedly loosened its own rules to boost sales and tourism amid the ongoing coronavirus pandemic.

The emirate’s Department of Culture and Tourism announced the new rules in a circular dated last week to distributors and liquor stores, but otherwise did not publicize the decision. Government officials did not respond to requests for comment Monday from The Associated Press.

Previously, individuals had needed a license to purchase, transport or have alcohol in their homes. But the new rules appear to only set an age limit of 21 and require drinkers to consume the beverages inside private homes or other licensed areas like bars. That would allow Muslims who had been barred from obtaining licenses to be able to purchase from retailers.

“We would like to announce the cancellation of alcohol licenses for individuals,” the circular said. “Residents and tourists will be permitted to buy and possess alcohol from licensed retail shops, and are allowed to drink within tourism and hotel establishments, clubs and independent outlets.”

Abu Dhabi, like Dubai, has bars at hotels and other locations that serve customers without checking for licenses or asking about a person’s religion. But the oil-rich capital home to the Sheikh Zayed Grand Mosque long has been more conservative than the entrepot of Dubai, whose vast array of bars, lounges and nightclubs offer imbibers a moment for a quiet beer or a shouting, bass-thumping party complete with sparkler-laden Champagne bottles.

Eliminating the licenses also would decriminalize alcohol possession, although the Emirates maintains a strict no-tolerance policy on drunk driving and public intoxication.

Alcohol sales go on in six of the UAE’s seven sheikhdoms, while Sharjah remains dry like the neighboring nations of Iran, Kuwait and Saudi Arabia. These sales provide a major source of tax revenue for each emirate’s ruling family, as well as reflect the confidence of the UAE’s vast foreign workforce in their own finances and in turn, the economy. The UAE’s economy already stood on shaky ground amid a global slump in oil prices and collapsing real-estate prices in Dubai.

Amid the coronavirus pandemic, Dubai has further loosened its own liquor laws and allowed for home delivery of beer, wine and spirits. Dubai also simplified its licensing process, eliminating purchase restrictions and the ability of employers to block workers from obtaining a card. However, those living in Dubai are still required to obtain a license to purchase, transport or have alcohol in their homes — though many skirt the requirement by purchasing drinks in other emirates.

FILE – In this June 22, 2016 file photo, a waitress serves customers beer at a restaurant in Dubai, United Arab Emirates. In mid-September 2020, Abu Dhabi, the conservative capital of the United Arab Emirates, eliminated its licensing system for alcohol purchases allowing Muslims previously barred from obtaining licenses to be able to purchase from retailers. (AP Photo/Kamran Jebreili, File)

Closing bars to stop coronavirus spread is backed by science