A new government draft law on access to information appeared last week, and has been received with mixed reactions from civil society.

The process of drafting a freedom of information law — the first in the country’s history — began last year, when both the government and civil society put forward drafts. Back then, a prevalent post-uprising sentiment was that an access to information law was indispensible for the democratization process.

Amr Gharbeia, civil liberties director at the Egyptian Initiative for Personal Rights, regards the draft as a “good law overall and a major improvement on the previous government draft.”

While the current draft is much closer to the model law submitted by EIPR and other civil society groups last year, there is room for improvement, Gharbeia says.

Meanwhile, there are some significant differences between the latest government draft law, published in the media on 1 January, and the draft law put forward in 2011.

Notably, Article 2 of the latest draft states that the law seeks to allow citizens to “exercise their right to access information held by public authorities.”

While the draft obligates all government bodies to create a website and upload all their public documents and data to it, the draft fails to make obligatory the routine and proactive disclosure of information necessary to prevent the costly and time-consuming repetition of requests for the same information.

Gharbeia also sees ambiguity with regard to the process of obtaining information.

“More clarity is needed on information request procedures, and the draft should have put in place a fast-track procedure for obtaining data where lives are at risk,” he says.

The new draft also changes regulations concerning sensitive data through the creation of two categories of information. Information classified as “secret” is off-limits to the public for 15 years, while “top-secret” data cannot be revealed for 30 years.

In the previous draft law, an absolute ban on the disclosure of five types of information had been imposed. The draft left it to a supreme council created under the law to impose a time period of secrecy for sensitive information.

However, the Egyptian Organization for Human Rights says the draft “is an attempt to restrict freedom of opinion and expression in general and freedom of information in particular.”

EOHR is critical of the draft’s categorization of information into secret and top-secret, and its provision that the ban on disclosure of this information may be extended for a period of up to 20 years following a decree by the supreme council. A disclosure ban must not exceed a total of 50 years, the draft says.

“Strangely, [the draft] places restrictions on access to information for half a century. What is the importance of information after 50 years?” EOHR asked in its statement issued Thursday.

Gharbeia counters that a 30- to 50-year ban on disclosure of sensitive information is “not a problem if the supreme council of information is independent,” and that this is standard practice globally.

The presidency, the Foreign Ministry, the Central Agency for Public Mobilization and Statistics, and the National Council for Human Rights would also each have a member on the council.

EOHR expresses concern about the makeup of the supreme council, pointing out that the majority of its members would be chosen from executive bodies subservient to the president.

This, the organization says, would put its independence in doubt, while the supreme council’s right to inspect any government authority’s records would be an infringement of the judiciary’s right of inspection and monitoring.

Gharbeia refutes this, saying the supreme council would be a quasi-judicial body and thus have the right of inspection.

The draft states that government bodies presented with an information request must respond within 15 days. For cases in which the disclosure of information is refused, reasons must be provided.

A refusal is only justified for cases in which the government body does not have the information requested, or when it falls within one of the exceptions defined by the law, such as data that touches on the country’s defense capacities, or when it concerns a foreign country or organization with which it has been agreed that the information shall remain secret.

Other exceptions to disclosure under the law are cases in which the data concern an ongoing criminal investigation, and in which disclosure of this information would compromise the investigation.

Disclosure may also be refused if it would negatively affect the country’s economic interests, or if the information concerns professional secrets of a third party or weakens their competitive ability. In this case, the information may only be revealed with the third party’s written agreement.

The government body also has the right to refuse disclosure when the information concerns its internal affairs or its employees.

In response to these exceptions, Gharbeia stresses the lack of a public interest override in the draft, whereby even highly sensitive information may be revealed when it is in the public interest to do so.

With the exception of secret and top-secret data, government bodies would be obliged to keep all documents and records for no more than 10 years, after which time they must be handed over to the Egyptian National Library and Archives.

The supreme information council would receive complaints about the failure of government bodies to disclose information, and the body concerned would have to issue a response within a week of being informed of the complaint.

The council would be obliged to issue a decision on the complaint within three months. Its decisions would be binding for the government body concerned, and failure to implement a supreme council decision by a government body employee would be punishable by a prison sentence of up to one year or a fine of LE10,000.

The same punishment would be handed down to civil servants who deliberately give out false information.

The three-month period given to the supreme council to respond to complaints, meanwhile, is unnecessarily long and interferes with journalistic freedom of expression, EOHR says.

The council would have the right to inspect government body records and file a legal complaint about information that has disappeared or been tampered with to avoid its disclosure.

Complaints about the supreme council decisions would be heard by an administrative court.

Civil servant whistle-blowers on corruption, environmental violations or human rights abuses would be protected from prosecution under the draft. Deliberate tampering with records would be punishable with a prison sentence of up to two years and a fine of at least LE50,000.

Custodial sentences in the current draft are primarily focused on violations involving failure to disclose information, rather than disclosing information, as in the previous draft. Gharbeia says this is an improvement, but imprisonment sentences should not be handed down at all for these types of violations other than for destroying data.

It is not yet known when the draft will be debated in the Shura Council, which is currently in charge of legislation.

CBE to ban issuance of cryptocurrency without licenses 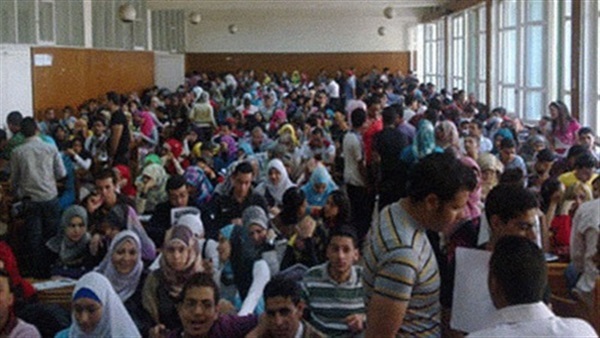