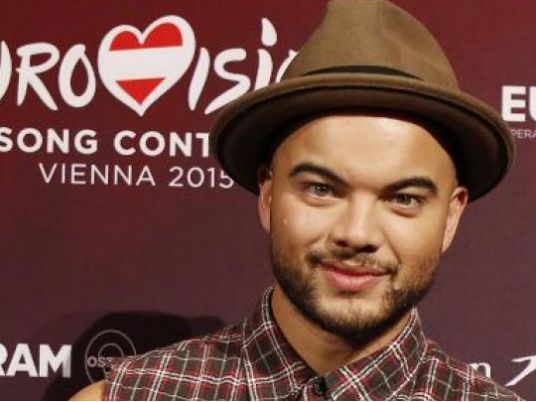 Australia is a land of immigrants, which goes some way to explaining why people across the vast continent will dress in flamboyant costumes and party hard for the carnival of camp that is Eurovision this weekend.
Beth Bicknell has hosted a bash at her home for up to 40 friends dressed in outfits from participating countries of the Europe-wide pop contest for the past five years.
"It's just a big party — it's the one party we hold every year," Bicknell told AFP.
This year, she will still have friends over but plans to follow the broadcast from Vienna more attentively as it welcomes a debut wildcard entry from Australia, to help mark Eurovision's 60th anniversary.
"It's so we can appreciate the whole spectacle, including Guy Sebastian," Bicknell said, explaining why she will tone down the hard partying.
Sebastian, Australia's first "Idol" singing contest winner, was chosen to represent the nation by broadcaster SBS as he is one of its most successful male artists, with six number-one singles to his name.
"I'm pumped," Sebastian said as he limbers up for his brush with eurofame.
"It's not every day you get to perform in front of that sort of audience — 200 million," added the singer, who has a guaranteed slot in the grand final starting at 5:00 am Sydney time on Sunday.
In Australia, parties will be held in cinemas, clubs and homes, while thousands are expected to flock to Federation Square, a large public space in the centre of Melbourne, to watch the event.
Catherine Strong of Melbourne's RMIT University said Australia's multicultural mix helps explain Eurovision's popularity Down Under. Fully 28 percent of its population, or 6.6 million people, were born overseas.
"Australia is a nation of immigrants, and all of the different countries that are represented in Eurovision have people living in Australia who either have come from or have connections to that wide array," Strong told AFP.
"For those people, it's very exciting to have something on the television that represents their culture and the places that they feel a connection to."
Sebastian himself comes from a mixed cultural background. He was born in Malaysia to parents of Sri Lankan, Portuguese and English descent, before moving to Australia as a child.
Drinking rules
Multicultural broadcaster SBS started screening the event in 1983 and more than three decades on, Australia's love of Eurovision is finally being acknowledged — despite the small matter of its 15,000 kilometre (9,320 mile) distance from Europe.
Last year, screenings of the semi-final and final attracted more than three million viewers on SBS as Australian singer Jessica Mauboy performed during a semi-final interval.
Australian singers are no strangers to the Eurovision stage. Before Mauboy, there was Olivia Newton-John, who represented Britain in 1974 but met her Waterloo at the hands of a new Swedish band called ABBA.
Another Australian, Gina G, was a British entry in 1996 and Jane Comerford sang for Germany a decade later. Irishman Johnny Logan, who was born in Melbourne, won Eurovision two times as a singer and once as a composer.
But as in Europe, most fans in Australia won't be tuning in for the music necessarily. The over-the-top and flamboyant style of the contest is its major drawcard.
In Australia, drinking games are centred around colourful acts, said Tiernan Creagh, who has watched Eurovision for more than two decades and writes a running commentary of the final on Facebook — which he hopes to extend to Twitter this year.
"The (drinking) rules are fairly simple — take a drink every time there is someone in a white suit, a wind machine, pyrotechnics, classic boy-band hand gestures, costume changes or reveals and unnecessary props," Creagh said.
SBS expects Australia's participation to draw even more viewers. Less certain is how Sebastian will fair, even though he has attracted positive buzz with his upbeat entry "Tonight Again".
The early-morning live broadcast could work against Sebastian when it comes to Australians voting by phone, as could voting blocs centred around European political or cultural alliances.
But University of Adelaide music professor Mark Carroll, who has been an avid fan since the 1960s, is clinging to the perhaps forlorn hope that musical talent might actually win out for once.
"He's a fine singer, and well-respected in the industry internationally," he said.