Facebook Twitter LinkedIn
A martial arts bout in Afghanistan was billed as a bare-knuckle duel for supremacy, but it has become a lightning rod for long-simmering ethnic rivalries that threaten to tear the country apart.
Ahmad Wali Hotak, a Pashtun, last month threw down the gauntlet to his longtime Tajik rival Baaz Mohammad Mubariz on Facebook, in what was expected to be an electrifying contest between two of Afghanistan's finest athletes.
Instead, the mixed martial arts challenge devolved into a maelstrom, with fans from both sides spewing ethnic vitriol on social media, prompting it to be cancelled Thursday after pleas from top officials.
"This is a peaceful match, but even my supporters see it as a Pashtun versus Tajik fight," Hotak told AFP, before the decision to abort it with the mediation of lawmakers and tribal elders.
"Facebook has become a battleground. Non-Pashtuns attack me and non-Tajiks attack Baaz. That is scary."
Hotak had called the fight in late March, posting a message saying "Open#challenge#to#baz#mohammad#mobariz" on Facebook. 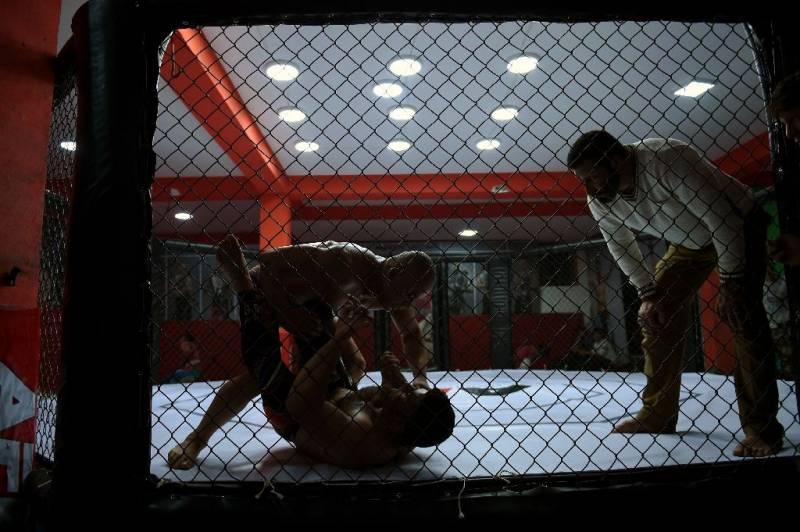 Both vowed to knock each other senseless, calling the other a "fake champion", and pledged $200,000 each towards the prize money — an amount which had been expected to rise further as egos collided.
The victory could have been pyrrhic.
"Your fight will be followed by another fight," said one Facebook user, echoing a deluge of similar warnings. "There will be bloodshed among supporters."
The threat of violence was so real that President Ashraf Ghani's advisors, intelligence and security officials, and multiple lawmakers had been among those imploring the sportsmen to cancel the fight.
"This is a contest between two Afghan athletes and not two ethnic groups and it shouldn't be construed as such," said Javid Ahmad, a fellow at West Point's Modern War Institute.
"The event creates an ideal environment for insidious external forces to stage attacks, stoke ethnic divides, and create security problems."
Disunited
That a sporting contest could become a flashpoint for ethnic warfare offers a glimpse into the soul of the fractured and war-riven country.
Ethnicity is a powder keg in Afghanistan, home to Pashtuns, Tajiks, Hazaras, Uzbeks and about a dozen other minorities. 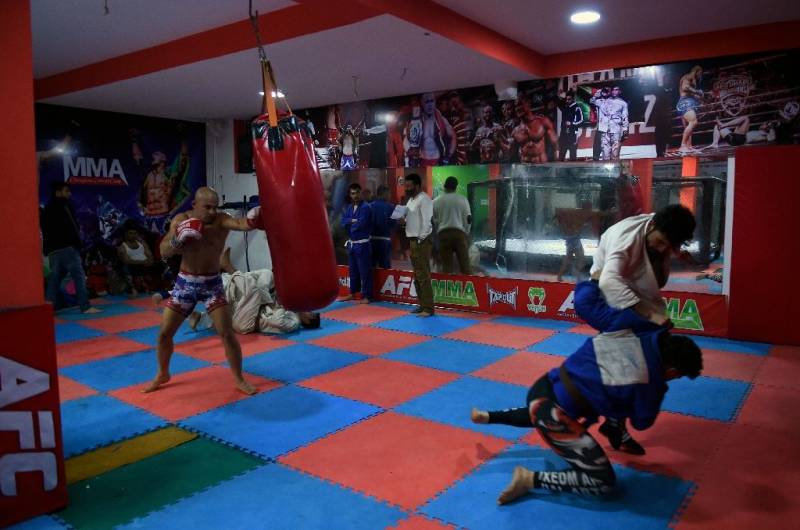 Afghan mixed martial arts (MMA) fighter Baz Mohammad Mubariz (L) trains ahead of his bout with Ahmad Wali Hotak, with both vowing to knock each other senseless and calling each other a "fake champion"
Memories of the brutal civil war of the 1990s, which broke out largely along ethnic lines and left more than 100,000 people dead, are still raw.
The Pashtun-dominated Taliban seized power in 1996 and ruled until they were ousted in 2001 by a US-led coalition and its Afghan allies, comprising mostly ethnic Tajiks, Uzbeks and Hazaras.
Sectarian violence has largely spared post-Taliban Afghanistan, but disunity is arguably the country's biggest threat as it bristles with armed factions belonging to different ethnic and tribal groups.
"I long for a pluralistic society where people won't say 'We are Pashtun' or 'We are Tajik'," said a 34-year-old Kabul doctor who requested anonymity.
"Instead everyone will say 'We are Afghan'," the doctor, of mixed Pashtun-Tajik parentage, told AFP.
The government's recent introduction of national ID cards has catalysed a debate about what it means to be Afghan.
Many non-Pashtuns wanted their own ethnicity to be displayed, not just the word "Afghan", which has long been synonymous with Pashtun, the largest ethnic group.
The government caved to that demand, in what experts call a "disastrous" move in a nation with deep ethnic fissures.
Tumult on Facebook
The rift is visible in the Afghan capital, where many formerly mixed neighbourhoods have become segregated into ethnically homogenous areas.
It is also evident in the nation's parliament, where Pashtun lawmakers this week called for the "stoning to death" of a Tajik MP who demanded that the Durand line border between Pakistan and Afghanistan be recognised.
The disputed colonial-era frontier separates Pashtun families on both sides of the border.
Meanwhile, Mubariz and Hotak appear to have reached a sort of forced detente, with a lawmaker raising their arms together in a symbolic draw in Kabul Thursday.
In separate interviews with AFP they appeared calm and even-keeled, a contrast to the tumult that broke out on their Facebook profiles.
On Hotak's profile, fans warned him against the possibility of his rival lacing his food with poison.
Photoshopped images of a bare-torsoed Mubariz accosted by lions adorned his page.
"Presumably a draw between the two would symbolise harmony and balance in the universe," said Scott Guggenheim, an advisor to Ghani.
Report by Anuj Chopra,  Agence France Presse
Tags
Afghanistan martial arts