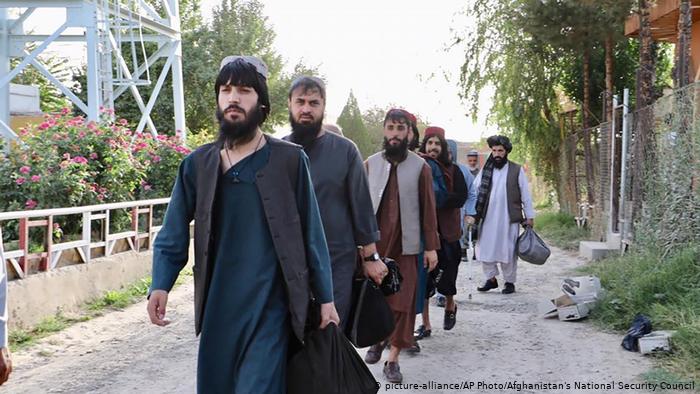 The Afghan government said Wednesday it sent a small technical team to Doha, Qatar, to prepare logistics for starting long-delayed peace talks with the Taliban.

Although a date for talks has not been set, a negotiating team will follow on Thursday, according to Afghanistan’s National Reconciliation Council, the body responsible for managing the peace process.

Peace talks were set to begin in March but were delayed due to disagreements over a prisoner exchange as part of February’s US-Taliban peace deal.

The full release of 5,000 Taliban prisoners has been a key condition for the militant group on moving ahead with negotiations with the Afghan government. In exchange, the Taliban is to release 1,000 Afghan prisoners.

Read more: Why is the US in a rush to pull out troops from Afghanistan?

Kabul has been slow to release a final batch of 400 “hardcore” militants, who President Ashraf Ghani has called “a danger to the world.” Australia and France have also opposed their release as the militants are tied to the killings of French and Australian civilians and troops in Afghanistan.

On Tuesday, Afghan authorities said they had released a further 200 Taliban prisoners. This follows 80 militants who were released last month. At least 120 remain in custody.

It remains unclear whether or when the remaining militants will be released, although presidential spokesman Sediq Sediqqi wrote on Twitter that “work is still underway to move the prisoner exchange process forward.”

The Taliban have said they are willing to begin peace talks “within a week” after the last prisoners have been released.