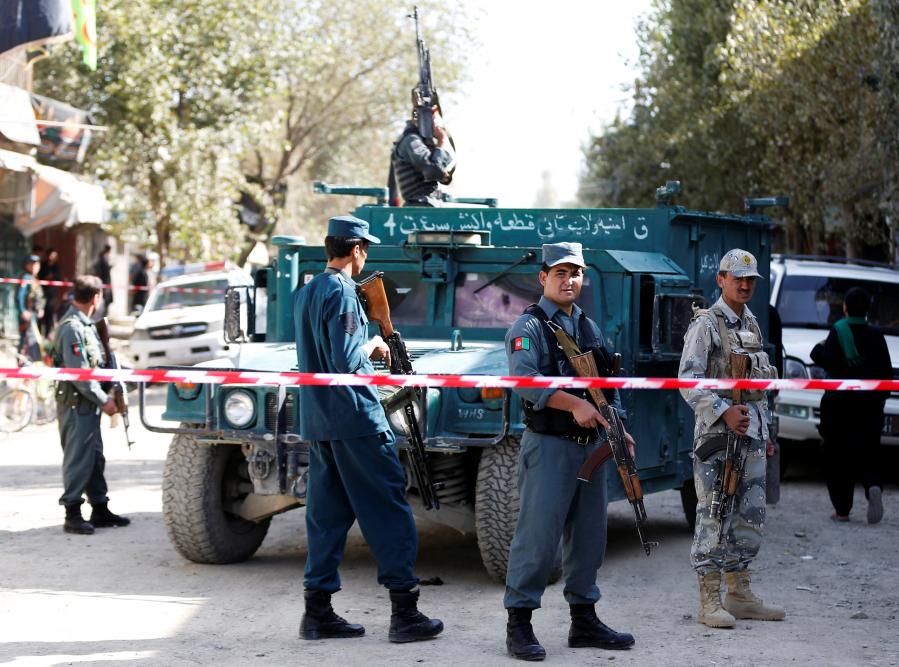 The Afghan capital Kabul braced on Saturday for further possible attacks ahead of Ashura, the holiest day on the Shia Muslim calendar, a day after an attack claimed by Islamic State that killed at least five people near a large Shia mosque.

Ahead of the celebration on Sunday, signs of increased security were in evidence across Kabul, with extra police checkpoints and roadblocks in many areas, while security was also increased in other cities.

Afghanistan, a majority Sunni Muslim country, has traditionally not suffered the sectarian violence that has devastated countries like Iraq, but a series of attacks over recent years have targeted the Shia community.

“We are concerned about this. We had internal fighting in the past but never religious fighting,” said Arif Rahmani, a member of parliament and a member of the mainly Shia Hazara community that has been particularly targeted.

The government has provided some basic training and weapons for a few hundred volunteer guards near mosques and other meeting places but many fear that the protection, which covers only some of the city’s more than 400 Shia mosques, is insufficient.

In 2011, more than 80 people were killed in Ashura attacks in Kabul and the northern city of Mazar-i-Sharif and there have been a string of others since, with 20 people killed in a suicide attack on a mosque in Kabul a month ago.

Friday’s attack, by suicide bombers posing as shepherds walking their sheep along a road outside the Hussainya mosque in the Qala-e-Fatehullah area of the city, did not reach the mosque itself but wounded 20 people in addition to the five killed.

No up-to-date census data exists for Afghanistan but different estimates put the size of the Shia community at between 10-20 percent of the population, mostly Persian-speaking Tajiks and Hazaras.

Ashura, on the 10th day of the month of Muharram, celebrates the martyrdom of Hussein, one of the grandsons of the Prophet Mohammad, and is marked by large public commemorations by Shia Muslims.

President Ashraf Ghani condemned Friday’s attack and said it would not break the unity between religions in Afghanistan.

But at a time when rivalry between the patchwork of different ethnic groups in the country has increasingly come into the open, Rahmani said the evident objective of the attacks was to ratchet up the tensions to create instability.