Al-Azhar spokesperson Mohamad Rifaa al-Tahtawi on Sunday announced that Al-Azhar’s Grand Sheikh Ahmed Tayyeb is satisfied with an apology made by Pope Shenouda III in response to comments made by Bishop Bishoy that suggested some verses of the Quran were fabricated after the death of the Prophet Mohamed.

On the other hand, the Pope said that Bishoy’s statements that Muslims are the guests of the Coptic Christians in Egypt, and that Coptic Christians are the rightful owners of the land, were probably taken out of context. The Pope also accused the media of escalating tensions between Egyptian Muslims and Christians and called on the media to be more responsible with its reporting.

Al-Tahtawi called for “national unity and focusing on the similarities that bring together all Egyptians, and to consider what happened a transient event that does not affect mutual respect or national brotherhood between all Egyptians.”

The spokesperson denied media reports that the Grand Sheikh will hold a conference on his return from his pilgrimage to Mecca to be attended by leaders of Al-Azhar and the Church.

During an interview with Islamic journalist and thinker Fahmi Howeidi on the Al Jazeera show "Behind the News," Howeidi said the Pope’s apology puts an end to the crisis. Howeidi praised the Pope for handling the issue in such a wise manner but pointed out that "Such statements by Bishoy, as the second most important man of the Church, should have never been made, especially since they could be understood as representative of the church’s own opinions."

He went on to say that “the sectarian strife Egypt is now facing is the result of a lack of open-minded leaders who consider the country’s interests as their number one priority, as well as the rise to power of a number of fanatics on both sides which has led to less cooperation and consideratation.”

Secular Copt spokesperson Kamal Zakher said the Pope’s apology alone would not solve the problem, saying, “we face a phenomenon that was started by Muslims and then grew to include fanatics from both sides.”

"The only solution is for the president to issue a law that would forbid religious prejudice, closing this door," he added. "Religious differences should only be discussed in centers of research, not in public.”

Zakher said it was highly unlikely that Bishoy would be punished for his statements, and that he now appears as a hero before the Christian public, and a martyr ready  to be arrested at a moment’s notice.

A group of young Coptic activists set up a Facebook group calling for the trial of Bishoy saying, “Bishop Bishoy is trying to incite sectarian strife between the Muslims and Christians and should therefore, be fired from his position as secretary of the Holy Synod.”

Meanwhile the group "Egyptians against religious prejudice," called for an investigation into claims that Kamilia Shehata, the wife of a priest, was arrested by state authorities and was now being held hostage by the church at an undisclosed location. They also called for legal action to be taken against anyone who incites hatred or spreads rumors that threaten national security, including religious leaders and the media. 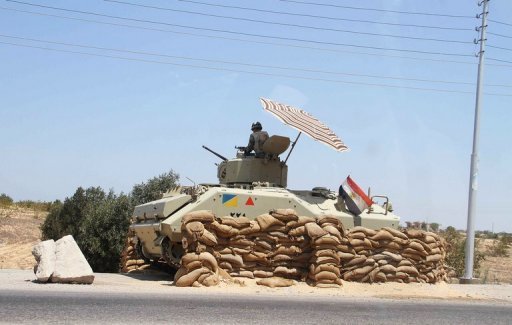