The newest in the list of brutal films coming out this summer, Al-Saffah, is apparently an adaptation of the true story of the Mohandiseen serial killer of the 1990’s written by Khaled el-Sawy, an actor best known for his parts in Omaret Yacoubian and Kidda Reda. Nevine El Shabrawy, a local cinema critic, is on her quest for the Egyptian Cinema revival she is sure is occurring at this moment… and Al-Saffah is her latest viewing.

With all the markings of a true story, Al Saffah is full of oddly extraneous details and a ‘you know the ending so we might as well give it to you at the beginning’ type structure. So the serial killer, Murad, (Hani Salama) kills an entire family over what we come to find is someone else’s grudge in someone else’s story – but that’s ok, apparently (we come to find out) this is what young Murad the ‘killer to be’ is into.

It all begins with his parents’ divorce. Young Murad is traumatized by his mother’s (Sawsan Badr) remarriage and, as we find out, the particularly graphic details of the relationship she has with her new husband. (A communal male flinch is felt in the theater – no one wants to imagine mommy in bed.) Murad’s father (Samy el-Adl) is no better – constantly dissatisfied with his son’s abilities and in question of whether or not young Murad has any potential at all.

How do we find this all out? Murad, caught stealing from one of his mother’s friends, reveals the inner workings of his troubled mind to a police officer who, while committing him to juvenile detention for quite some time, gives him a Bimbo in sympathy. Yes, a Bimbo. As in the little gold wrapped chocolate biscuit we used to buy as children from the kiosk for 25 Piasters. A small feeling of nostalgia grips us – we also commiserate with little Murad.

Murad finds himself in and out of jail – in and out of his parents’ houses – off in Kuwait with his beloved aunt – in the army… where he meets Khaled el-Sawy’s character in the film, the Lebanese sharp shooter and assassin, Abou Ra’ad.

Abou Ra’ad takes Murad on as a protégé and teaches him how to further channel his anger towards violence. They complete a hit together and Murad decides that the best idea is to kill everyone he’s working with as they escape from the scene. It seems he kills Abou Ra’ad as well.

Another oddly developed relationship for Murad is that between him and Saba’s character. After spotting her at the club having lunch with her husband and son, we’re dragged off to another scene and then find Murad and Saba driving around drunk, crazily and eventually in bed. The audience is lost – Murad is not the Don Juan who ends up with women randomly throughout the film – obviously a few more scenes were shot and edited out. But to make up for it, Murad and Nicole discuss how it all happened while lying in bed together. In this scene, even the cinematography fails. Whether or not Nicole is meant to be some sexy goddess in the movie, she is definitely not meant to be old and creviced. The shot taken from the side of her face as she lies on the pillow is both – and the conversation between them has so much to explain, it lasts forever and the flaws in her face are accentuated and re-accentuated over and over again.

Throughout all of this, the audience is 70-80% gripped in – the story, despite some odd, jarring details, flows in an engaging manner. And everything comes together in his hanging at the end. We have been carried through relationships, friendships, and disappointment. We are thinking of Nicole, of Abou Ra’ad, of the professor who managed to convince him not to kill that night. We are thinking about the death penalty and how his entire life was so cursed – his mother and her penchant for abuse… suddenly, we see the cop – (the last person we’re thinking of as an influence in Murad’s life) – is this a flashback? Is this a joke? No – it is neither. Murad has asked for the cop. To see him – and even the cop seems a little surprised. He doesn’t recognize him. (Which makes a lot of sense; he’s one of thousands of troubled children the cop has had to deal with throughout his life.) It is only when Murad produces a Bimbo from his pocket, (yes, seriously), and hands it to the cop that he vaguely realizes this is one of the boys he gave a Bimbo to – or maybe that it is Murad.

Now the audience is giggling. And as the bag goes over his head and the noose tightens and the stand topples over… the audience can only think of the Bimbo. Was it with him all this time? Can Bimbos last 16 years? Did he, facing death, ask his prison guard for a Bimbo? The origin of the pocket Bimbo remains unknown. But the search for meaning and a lesson continues – even if this time it was in the form of a cookie 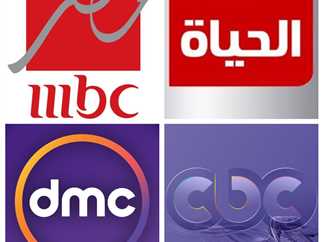