ALGIERS, Algeria (AP) — Algeria has accused its former colonial ruler France of “genocide” and announced the recall of its ambassador from Paris in anger over what it said were “inadmissible” comments attributed to French President Emmanuel Macron.

The sharp escalation in tensions also follows a French decision to slash the number of visas issued to people in North Africa — including Algeria — because governments there are refusing to take back migrants expelled from France.

The immediate recall of Algeria’s ambassador from France for “consultations” was announced Saturday evening in a statement from the Algerian presidency.

The statement said the recall was motivated by recent comments about Algeria that were attributed to Macron. The comments amounted to “inadmissible interference” in Algeria’s affairs and were “an intolerable affront” to Algerians who died fighting French colonialism, the Algerian presidency said.

“The crimes of colonial France in Algeria are innumerable and fit the strictest definitions of genocide,” its statement alleged.

French media reported that Macron made recent comments about Algeria’s post-colonial system of government and its attitudes to France. 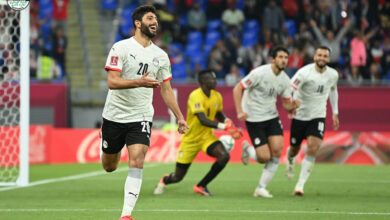