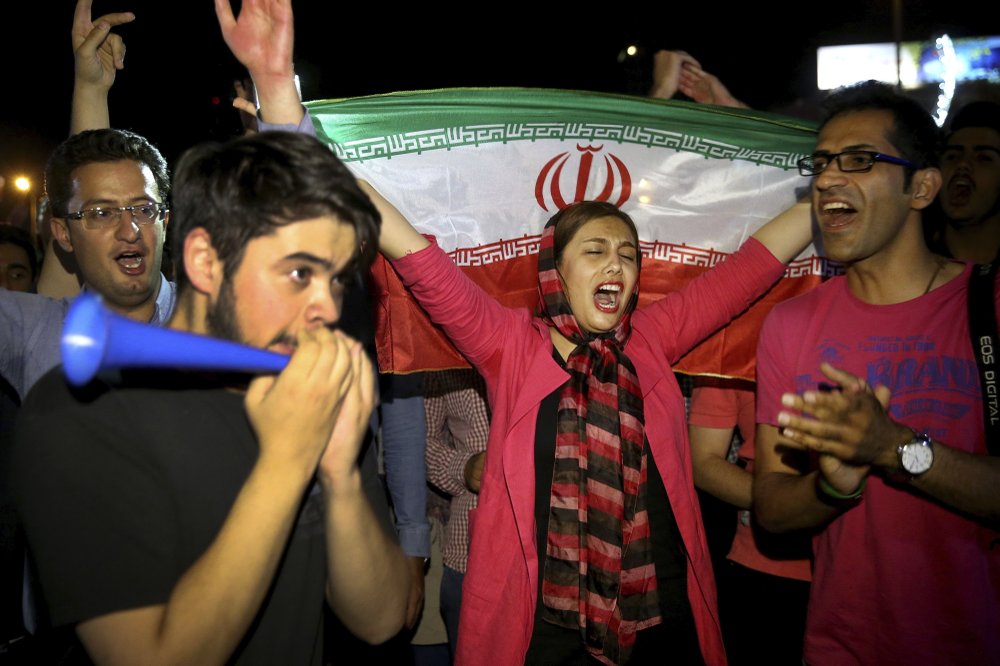 DUBAI, United Arab Emirates (AP) — Top officials in Iran say the upcoming US election doesn’t matter, but nearly everyone else there seems to be holding their breath.

The race for the White House could mean another four years of President Donald Trump’s “maximum pressure” campaign. Or it could bring Joe Biden, who has raised the possibility of the US returning to Iran’s 2015 nuclear deal with world powers.

In the upper levels of Iran’s Islamic Republic, overseen by 81-year-old Supreme Leader Ayatollah Ali Khamenei, anti-Americanism is as deeply entrenched as at any time since the 1979 Islamic Revolution, with presidents from both parties seen as equally repugnant.

“America has a deep-rooted enmity against the Iranian nation and whether Trump is elected or Biden, it will not have any impact on the US main policy to strike the Iranian nation,” parliament speaker Mohammad Bagher Qalibaf said in September, according to the semi-official Fars news agency.

But noticeably, Khamenei himself hasn’t commented on the election, even as public interest has soared. State-run radio rebroadcast a BBC Farsi-language service simulcast of the presidential debates live — even as Iran continues to target journalists for the British broadcaster.

That interest allegedly includes Iran’s security apparatus as well. US officials accuse the Islamic Republic of sending emails to voters seeking to intimidate them into voting for Trump. It may have been an attempt to link the president to apparent election interference in order to sow chaos, like Russia’s interference in America’s 2016 election. Tehran denies being involved.

The Iranian public is paying attention. The state-owned polling center ISPA said this month that 55% of people believe the outcome of the election will affect Iran “a lot.” Over half expected Trump would win, while a fifth said Biden. ISPA said it surveyed over 1,600 people by telephone, and did not provide a margin of error.

Trump’s re-election would mean the extension of his pressure campaign, including sanctions on Khamenei and other senior officials. Some of the sanctions are largely symbolic — Khamenei has only once traveled to America and doesn’t hold any US bank accounts — but others have devastated the economy and sent the local currency into freefall. As a hedge, Iranians have poured money into foreign currency, real estate, precious metals and the stock market — which hit a record high in August.

Trump on the campaign trail has hit on that and his decision to launch a drone strike that killed a top Iranian general in January — a move that led Tehran to launch a retaliatory ballistic missile strike, wounding dozens of American troops.

To cheers, Trump has described the general, Qassem Soleimani, as “the world’s No. 1 terrorist,” likely due to him being blamed for the improvised explosive devices that maimed US troops in Iraq and for supporting Syria’s President Bashar Assad. Many Iranians revered Solemani for fighting against the Islamic State group and in the Iran-Iraq war in the 1980s, and millions flooded the streets for his funeral processions.

“The first call I get when we win will be from the head of Iran, let’s make a deal. Their economy is crashing,” Trump told a campaign rally in Allentown, Pennsylvania, on Monday. “They will call and I want them to do well, but they cannot have a nuclear weapon.”

Biden has left open the possibility of returning to the nuclear deal, in which Tehran agreed to limit its uranium enrichment in exchange for the lifting of economic sanctions. The other signatories — Britain, France, Germany, Russia and China — have remained committed to the agreement and allowed a UN arms embargo to expire as part of the deal, despite a White House push to keep it in place.

After Trump withdrew from the deal in 2018 and restored crippling sanctions, Iran began publicly abandoning the agreement’s limits on enrichment. It now has at least 2,105 kilograms (2.32 tons) of low-enriched uranium, according to a September report by the International Atomic Energy Agency. Experts typically say 1,050 kilograms (1.15 tons) of low-enriched uranium is enough material to be re-enriched for one nuclear weapon.

Iran insists its nuclear program is peaceful and still allows IAEA inspectors to monitor its atomic sites. But experts say the “breakout time” needed for Iran to build one nuclear weapon if it chooses to do so has dropped from one year under the deal to as little as three months.

Iran in the past also has threatened to abandon a nuclear nonproliferation treaty or expel international inspectors. It recently began construction at an underground nuclear site, likely building a new centrifuge assembly plant after a reported sabotage attack there earlier this year.

“‘America First’ has made America alone,” Biden said at a televised ABC town hall this month, playing on a longtime Trump slogan. “You have Iran closer to having enough nuclear material to build a bomb.”

What a return to the deal means, however, is in question. Biden’s campaign website says he would use “hard-nosed diplomacy and support from our allies to strengthen and extend it.” One criticism of the accord was its narrow focus on the nuclear program, despite concerns by the US, Israel and its Gulf Arab allies over Iran’s ballistic missile program and its presence in Iraq, Lebanon and Syria.

Iran maintains that its ballistic missile program is vital for deterring potential attacks and non-negotiable. It is also unlikely to cease its military activities in Syria and Iraq, where it spent considerable blood and treasure in the war against the Islamic State group.

But ensuring the survival of the Islamic Republic, particularly amid the coronavirus pandemic, may require the same flexibility that saw Iran agree to negotiations with the US in the first place. Iran will hold a presidential election in June, but any decision to re-engage with Washington would have to be made by the supreme leader.

“Khamenei’s revolutionary path actually leads to America — that is, by seeking a stable, safe, and meticulously measured relationship with the United States, he believes he can guarantee the survival of both the regime and its revolutionary content and orientation,” wrote Mehdi Khalaji, a Qom-trained Shiite theologian who is an analyst at the Washington Institute for Near East Policy.

“Tehran’s objective is therefore a scandalous paradox: Deal with America to remain anti-American.”

Image: FILE – In this July 14, 2015 file photo, an Iranian woman holds up a national flag as people celebrate a landmark nuclear deal, in Tehran, Iran. The race for the White House could mean another four years of President Donald Trump’s “maximum pressure” campaign of crippling sanctions. Or it could bring Joe Biden, who has raised the possibility of the US returning to Iran’s 2015 nuclear deal with world powers. (AP Photo/Ebrahim Noroozi, File)

US officials link Iran to emails meant to intimidate voters

Many thorny global situations hinge on US election outcome