The stories of two mummified children are being unwrapped as researchers perform CT scans to determine the secret lives of the ancient Egyptians.

Research is being done at the St. Bernward hospital in Hildesheim, Germany, for an exhibit at the Roemer and Pelizaeus Museum Hildesheim.

The exhibit is scheduled for August 12-18, 2016, according to a museum press release.

It will showcase mummies and the traditions of mummification in different cultural areas, such as Egypt, China, Peru, Spain and Hungary.

Researchers hope that the scans will provide insight into preservation techniques, ways of embalming bodies, diseases and possibly even the exact age of the children.

"The interpretation of this data has made it possible to reconstruct the individual life story of the deceased as well the life conditions in the society they were living in," the hospital said.

The embalmed remains paint a picture of the children's lives and the era in which they lived. Their genders have not yet been publicly identified.

One dates back to the Greek-Roman occupation of Egypt and was missing an arm until it was reconstructed during the embalming process. Researchers found treatments on the face that could indicate someone corrected an imperfection or damage.

The other mummy was buried at about 2,000 B.C. — during the period of ancient Egyptian history known as the Middle Kingdom — and was deemed highly unusual due to it being buried in a mummy case. The body is in bad condition and researchers want to know why it was so badly decomposed before being buried, according to the release.

Whatever researchers may find, they are being led to new "findings which will extend our knowledge of Egyptian mummification traditions which go beyond this particular exhibit." 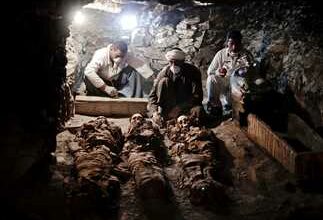 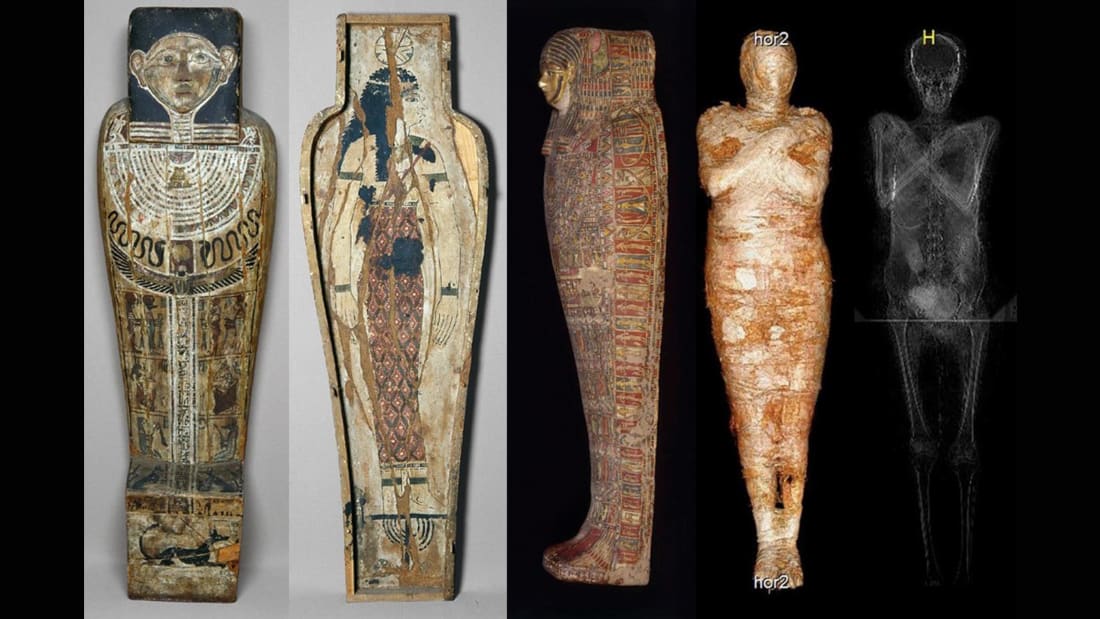