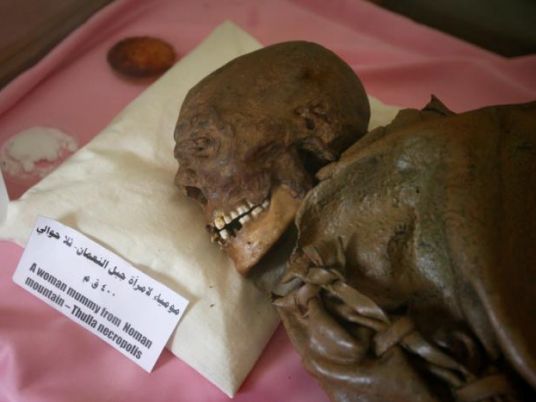 Famine and disease haunt the living, but not even the dead are spared the calamities of Yemen's two-year-old civil war.

Ancient mummies are withering away in a major museum for lack of electricity and preservative chemicals from abroad – a sign that the conflict is harming not only the country's present and future but also its rich past.

The dozen spindly corpses, curled into the fetal position or swaddled in baskets, belong to a lost pagan civilization around 2 1/2 millennia ago – long before the advent of Islam.

Lying beneath glass panes within the archaeology department in the capital Sanaa's main university, the mummies might have spent their eternal slumber blissfully unaware of the otherworldly warplanes pounding their homeland.

A Saudi-led military coalition has carried out thousands of air strikes in a bid to dislodge Yemen's armed Houthi movement from the capital. The conflict has killed at least 10,000 people and unleashed a humanitarian crisis. 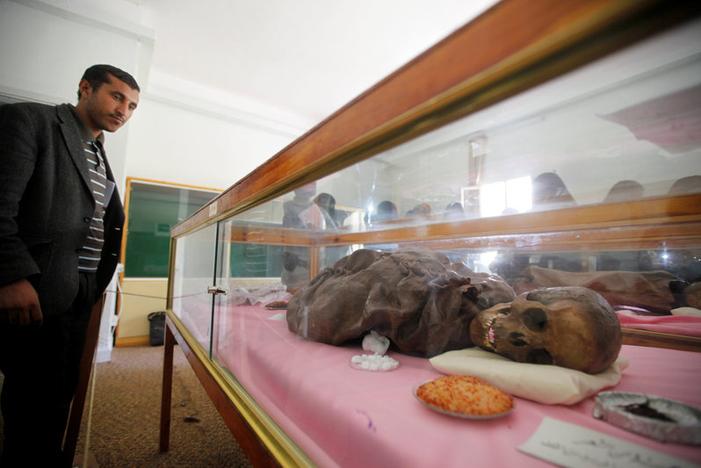 But a timeless enemy, abetted by the disorder of war, threatens the mummies' repose.

"The mummies have started to decay and are infected with bacteria. This is because we don't have electricity and the machines that are supposed to maintain them," said Abdelrahman Jarallah, head of the university's anitiquities department.

"We need some chemicals to sanitise the mummies every six months, and they aren't available due to the political situation." 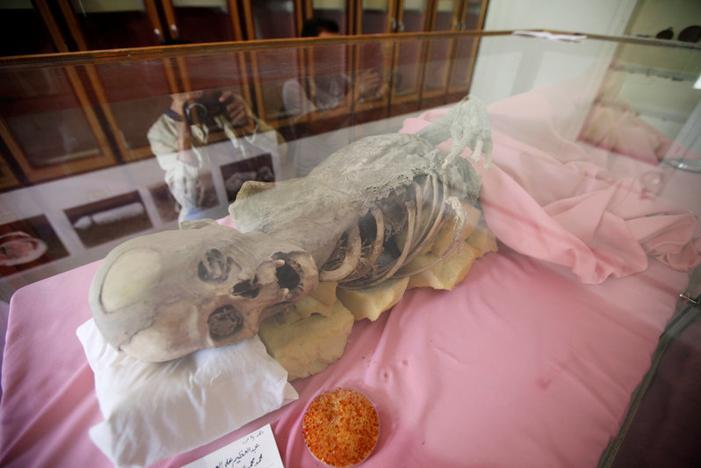 Power cuts plague Sanaa, sapping the dehumidifiers that help preserve the "Hall of Mummies." Funding to government bodies like the university have suffered from a struggle between Yemen's warring parties for control of the central bank.

Antiquities experts are appealing to the university and the culture ministry for funding and equipment to better fend off the microbes eating into the mummies' flesh.

But the coalition's closure of Sanaa airport and a near-blockade over a key Red Sea port – aimed at stopping weapons shipments – have cut off imports of specialty goods like the chemicals needed to ward off the microscopic menace.

Sheba and other Yemeni kingdoms once provided the frankincense and myrrh hauled by desert caravans to perfume the temples of the Holy Land and ancient Rome.

Al Qaeda militants have dynamited Sufi shrines and armed attacks in Houthi-held lands have sent packing many members of a Yemeni Jewish community dating from the time of King Solomon around 1,000 B.C.

"So many places have been destroyed because of this war," lamented Ameeda Shaalan, an antiquities professor who still hopes the mummies can be saved. "We now have some things that have survived, and we must preserve them."

(This version of the article corrects professor's name in paragraph 7)