KILIS, Turkey — The colorful balloons Egyptian activist Moushira Saleh gave Mohamed last week were among the few things that brought him joy. He was about to temporarily leave the Kilis refugee camp on the Turkish border as the family’s three-month right to asylum permit in Turkey had just expired. Hence, they had to return to Syria and cross over into Turkey again to receive a new one.The Kilis camp is currently home to 3,700 Syrian children. That’s why the regional non-profit Culture Resource decided to organize a weeklong visit titled “In Support of the Syrian People” for 17 Arab artists, writers, activists and journalists to one of the most populous camps, sheltering about 15,000 Syrian refugees.

Basma El Husseiny, the managing director of Culture Resource and the trip’s coordinator, said that the idea first occurred to her when she saw actress Angelina Jolie visiting the Syrian refugee camps, while “we [Arabs] were watching her on TV.”

Students at the camp’s school were very excited to participate in the activities. Even those who had skipped the school day came to watch Allam and Shabayek through the classroom window as they told the kids stories.

Allam explained that moral support is the most urgent need for the children.

“Storytelling helps children overcome the horror,” he says, adding that “what was really amazing was that the kids imagined different endings to the evil they fear; they made victories, which shows that they are full of hope.”

Hourani and Reda worked with the children differently. They roamed the huge camp, photographing the kids, and printed the photos to give to the children.

“Journalists often take photos of those kids, then take them with them without leaving copies,” says Hourani.

For him, “one of the most important things about these photos is that they offer a different view of Syria, with kids smiling despite everything they’ve seen. If the violent images that the world has seen didn’t catch their eyes to stop the violence, maybe the smiles of innocent kids will.”

Lebanese actress, writer and educator Hanane Hajj-Ali also worked with children at the camp. Nine-year-old Fatima and Raeefa dream of becoming actresses, so she helped them make a play about the Syrian revolution that they performed at the end of the week with other children. The play involved a lot of symbolism; one acted as a wolf, the other a lamb.

Throughout the week, mothers at the camp closely watched the various activities and talked about their hopes and fears. So Hajj-Ali started a palm reading session with them.

“The women needed to tell their fears to somebody, but they are very shy, particularly around the men,” says Hajj-Ali. “So I thought that visiting them at their homes and spending time listening to them might relieve some of their pains.”

As she visited several groups, women started gathering around her and invited her for a cup of coffee.

“Would you like me to read you cups?” she asked, and they began explaining their fears about the future as they looked into their coffee cups.

One woman feared that her husband would marry a young woman; she says that one of the ways the Free Syrian Army manages the female refugees’ problems is by finding them husbands to stay with.

Another feared that her husband wouldn’t come back from the war. “He never stayed for two weeks without coming back to us,” she said.

Despite the hardships they’ve been through over the past few months, Syrians at the Kilis camp do their best to stay optimistic and hopeful that things will eventually get better. Embracing the visitors and the workshops was one step along the way to endure the difficulties they are going through. The suggestion to hold a concert, performance and exhibition showcasing the works of the children throughout the week was another step.

No one expected more than the hundred children involved in the various workshops to attend. To everyone's delight, about 3,000 women and children showed up at the storage area, which was turned into an exhibition hall for the kids’ drawings. And the concert organically turned into a peaceful protest, as chants against Bashar al-Assad accompanied Mado as he sang and played his guitar. 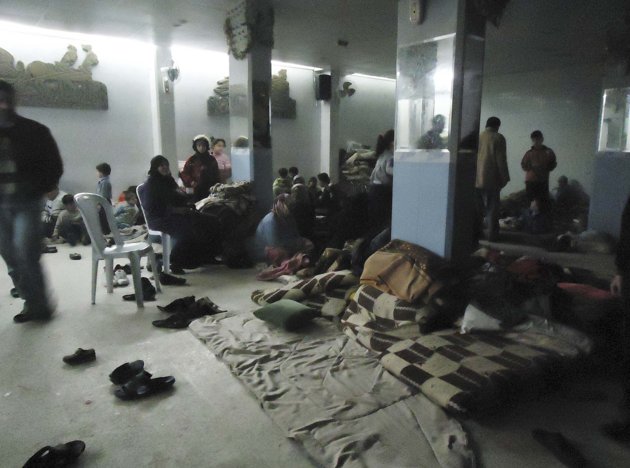 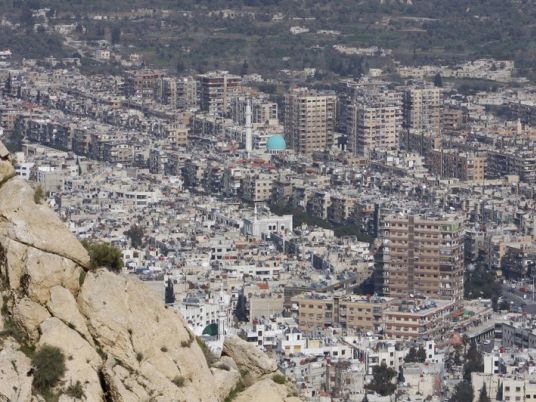 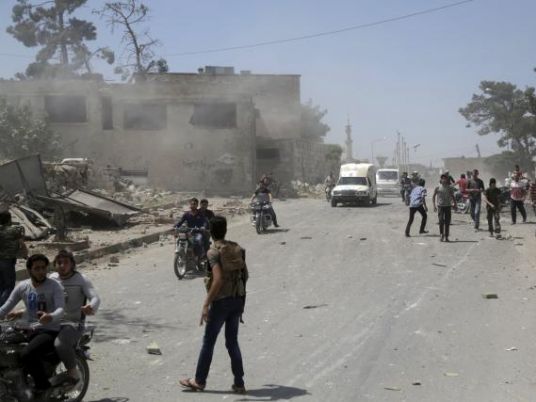