Guerrero state security spokesman Roberto Alvarez said eight people were initially killed when gunmen ambushed community police before dawn in the town of La Concepcion, near the resort city of Acapulco. Two of the dead were from the community force.

Later in the morning, state police arrived to disarm the local agents, and another shootout erupted in which three people were killed. Alvarez said he did not know how they died, but local media said they were community police.

State Attorney General Xavier Olea Pelaez said 30 members of the community police were detained on suspicion of crimes including homicide and illegal weapons and drug possession.

Among those arrested was Marco Antonio Suastegui, the founder of the community force and the leader of a social movement that for over a decade has fought against a hydroelectric project in the region.

Photojournalist Bernandino Hernandez said that while covering the violence he was beaten, kicked and dragged by state police and forcibly relieved of his camera’s memory cards. He also witnessed several other journalists being treated roughly.

Hernandez said he had photographed police using force against locals who tried to prevent the arrest of the community agents: “Some people were dragged by the hair to take them away.”

Hernandez is a regular contributor of photographs to The Associated Press but was not on assignment for AP at the time.

Guerrero has been one of Mexico’s most violent states in recent years, home to marijuana and opium poppy fields as well as warring organized crime gangs.

It’s also where 43 teachers college students disappeared in 2014 after being taken by police from the city of Iguala who allegedly handed them over to a drug cartel. They remain missing.

In the northern state of Baja California Sur, prosecutors said in a statement that marines responding Saturday night to reports of gunfire in San Jose del Cabo came upon heavily armed men wearing tactical vests and riding in two vehicles with license plates from the US state of California.

Both vehicles sped off with the marines in pursuit and subsequently crashed, the statement said. In two separate exchanges of gunfire, all seven of the cars’ occupants were shot dead by marines.

Baja California Sur has also seen an explosion of violence as the Sinaloa and Jalisco New Generation cartels battle for territory in the state. In late December, four bodies were found hanging from highway overpasses in the resort-studded Los Cabos area. 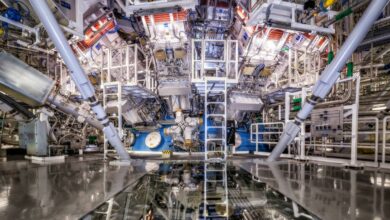