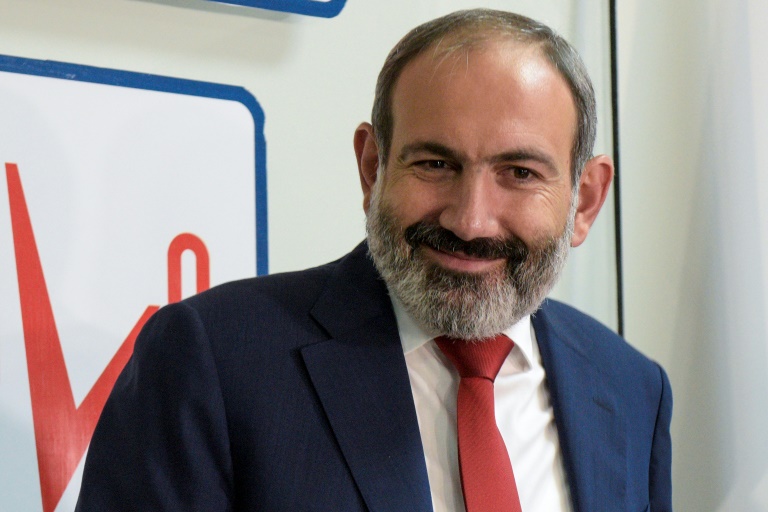 Pashinyan, a 43-year-old former journalist, has pledged to root out endemic corruption and address widespread poverty in the impoverished landlocked ex-Soviet republic of about three million people.

With all votes counted, the bloc led by Pashinyan’s Civil Contract Party had taken 70.43 percent of the vote, the central election commission said.

Pashinyan hailed his victory on Monday morning, thanking the “mighty people” of Armenia.

“I am proud of you… Let’s be courageous,” he wrote on Facebook.

He became prime minister in May after spearheading weeks of peaceful anti-government rallies that ousted veteran leader Serzh Sarkisian.

But efforts at reform stalled in the face of opposition from Sarkisian’s Republican Party, which dominated the National Assembly until Pashinyan resigned last month and triggered the snap vote.

The Republican Party took only 4.7 percent in Sunday’s elections, failing to clear the five percent threshold needed to make it into parliament.

The only other party to clear the threshold was the liberal pro-Western Bright Armenia, which took 6.37 percent of the vote.

Voters had expressed optimism about the political changes promised by Pashinyan.

“Thanks to the revolution, we will finally have fair elections,” 72-year-old pensioner Parzik Avetisyan told AFP on election day.

“I voted for the positive change promised by Nikol,” he added.

Previous elections have been marred by accusations of fraud, but Pashinyan had last week promised “the best elections Armenia has ever seen”.

Observers from the Organization for Security and Cooperation in Europe were to give a press conference later on Monday assessing how the vote was carried out.

Parliamentary polls had not been scheduled to be held until 2022.

Analysts say Pashinyan sought new elections while he is at the peak of his popularity.

In September, his bloc scored a landslide victory in municipal elections, winning more than 80 percent of the vote in the capital Yerevan, where nearly 40 percent of the country lives.

While seeking reforms at home, Pashinyan also pursued a balanced foreign policy during his first five months in office.

He reassured Russian President Vladimir Putin that Armenia would remain Moscow’s loyal ally but at the same time sought to charm Western leaders.

During an international summit in the capital Yerevan in October he danced traditional Armenian dances with French President Emmanuel Macron and wore matching socks with Canadian Prime Minister Justin Trudeau.

Nine political parties and two electoral blocs were competing for mandates in the National Assembly.

Despite their poor showings, Prosperous Armenia and Bright Armenia parties will take up at least 30 percent of parliamentary seats under an electoral law aimed at preventing ruling parties from holding too much power.