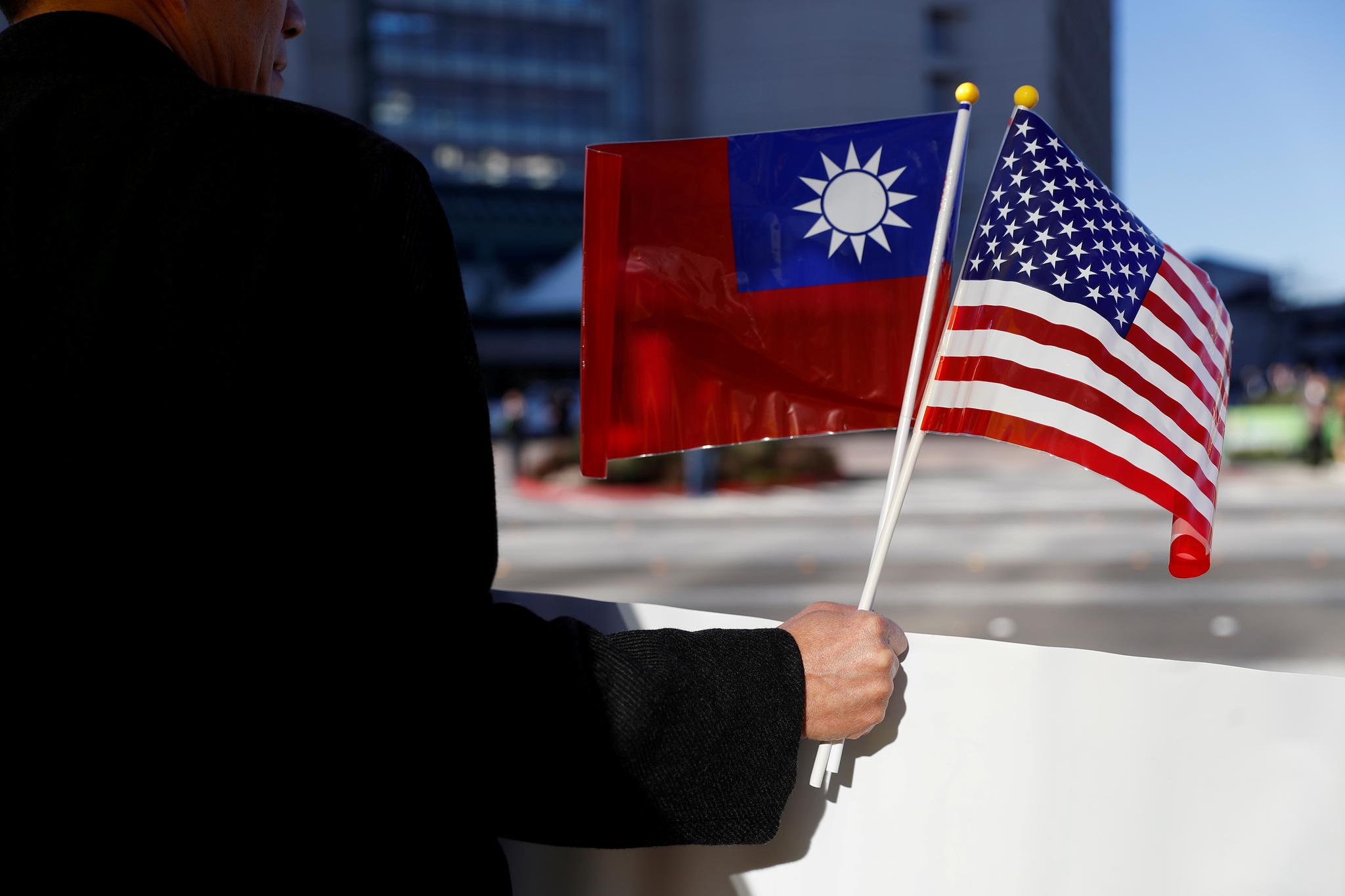 BEIJING (Reuters) -China described its military exercises near Taiwan as “combat drills” on Wednesday, upping the ante as senior former US officials arrived in Taipei on a trip to signal President Joe Biden’s commitment to Taiwan and its democracy.

Taiwan has complained over the proximity of repeated Chinese military activity, including fighter jets and bombers entering its air defence zone and a Chinese aircraft carrier exercising off the island, which is claimed by Beijing.

“It is a solemn response to external forces’ interference and provocations by Taiwan independence” forces, he added.

“The PLA’s military exercises and training operations are sending a signal that our determination to curb Taiwan independence and Taiwan-US collusion is not just talk.”

China has previously offered little public comment on its recent military movements near Taiwan. Its defence ministry referred to them only as “military activities” in late January.

The United States, which like most countries only officially recognises China’s government and not Taiwan’s, is however Taipei’s strongest international backer and has watched tensions mount with growing alarm.

Former US Senator Chris Dodd and former Deputy Secretaries of State Richard Armitage and James Steinberg arrived in Taiwan on Wednesday in an unmarked private jet, in what a White House official called a “personal signal” of the president’s commitment to Taiwan and its democracy.

They are due to meet Taiwan President Tsai Ing-wen on Thursday, in a trip that is further straining Sino-US relations.

Taiwan presidential office spokesman Xavier Chang said the trip “again shows the Taiwan-US relationship is rock solid, and is a full expression of cross-party support for Taiwan in the United States”.

Tsai has repeatedly said Taiwan is an independent country called the Republic of China, its formal name.

Ma, the Chinese spokesman, said the meeting of the US officials with Tsai “will only exacerbate the tense situation in the Taiwan Strait”, and that it didn’t matter whether this was being cast as an official or unofficial visit.

“Taiwan independence is a dead end and the ruling Democratic Progressive Party are trying to ‘use arms to seek independence’”, Ma said.

“That is to drink poison in the hopes of slaking one’s thirst, and will only push Taiwan towards disaster.”

Image; FILE PHOTO: A demonstrator holds flags of Taiwan and the United States in support of Taiwanese President Tsai Ing-wen during an stop-over after her visit to Latin America in Burlingame, California, US, January 14, 2017. REUTERS/Stephen Lam

US military cites rising risk of Chinese move against Taiwan

Biden brings no relief to tensions between US and China