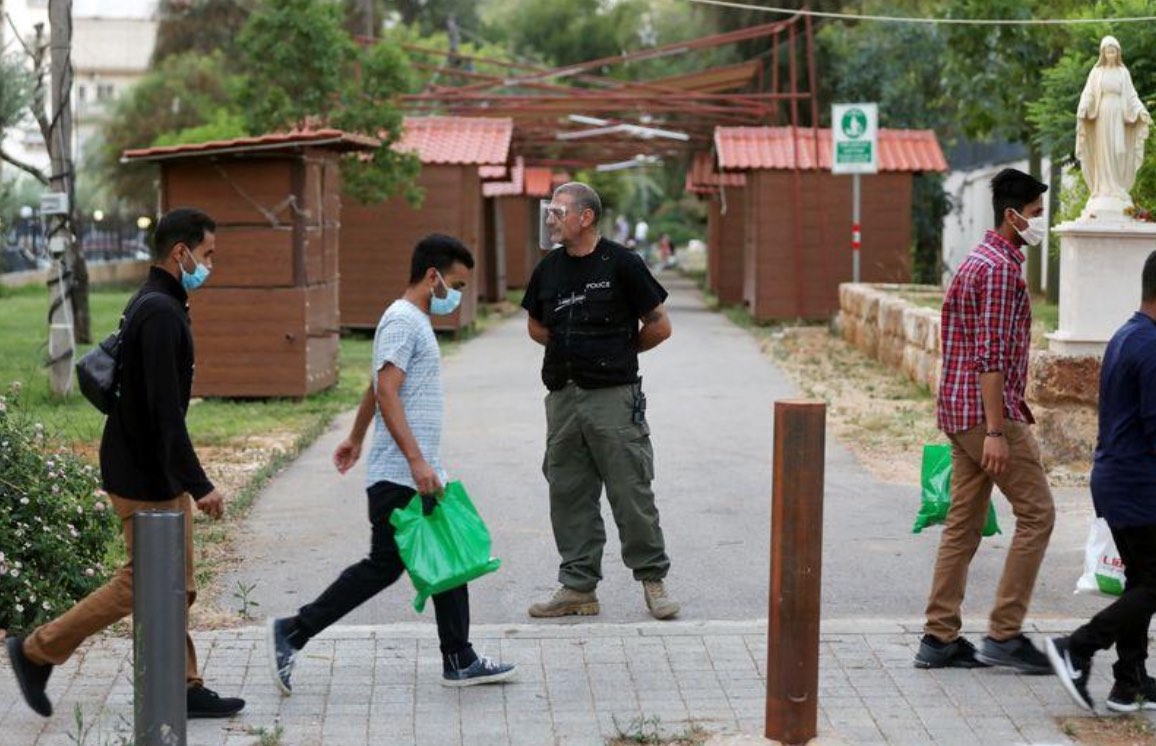 Boustani believes this is the best way to offer security as the economy crumbles, people become poorer and fear of crime increases.

“The need for money, for food, I believe things will get even worse. I hope I’m wrong,” he said. “That’s why we must remain alert, aware of the danger […] We’re going towards the unknown.”

A financial crisis that has swept Lebanon since last year means more and more families have little means to cope as the currency collapses and the state offers little or no help. The country faces what is seen as the biggest threat to its stability since the 1975-1990 civil war.

In the first four months of 2020, murders in Lebanon doubled from the same period last year. Car thefts jumped nearly 50 percent and burglaries 20 percent, according to a report by the Beirut-based research firm Information International, based on police data.

As the currency plunges, more unrest is feared in a country with a tumultuous history and where sectarian tensions are never far from the surface.

The prices of imported foods upon which Lebanese depend have been driven up by a 70 percent decline in the Lebanese pound’s value since October.

A World Food Program report this month found that 50 percent of Lebanese, as well as 63 percent of Palestinians and 75 percent of Syrians in the country, had feared they would not have enough to eat over the past month.

A security official linked spiraling prices to what he described as friction in the streets. “We’re still at the start, it’s only going to get bigger,” he said.

“There’s no justification, of course, for any crime. But there are many things we used to deem, in normal days, a violation and now we turn a blind eye to keep things going.”

The crisis has already stoked tensions, with protests targeting the ruling elite and banks that have frozen depositors out of their savings as dollars grow scarce.

Some banks have erected steel barriers to shield against attack. So too have luxury stores in central Beirut.

Earlier this month, a manager at a major Lebanese bank was found murdered near his home in a Beirut suburb, though the motive remains unclear.

Still, Colonel Joseph Moussallem, head of public relations for the Internal Security Forces, said comparing this year’s crime figures to past years did not necessarily show an overall rise. While the economy’s collapse has some impact on violence, “security is under control,” he said.

But, Myriam Tawk, 28, an architect whose purse was stolen from her car and whose friend was also robbed in a separate incident, feels less safe these days.

“As soon as I arrived at the police station with my car window broken, they told me ‘you got robbed on the corniche?’,” she recalled. “Apparently this is happening every day.”

Image: A member of municipality police stands guard to provide security in the area, due to rising crime in the country, as the economy collapses and the crisis pushes more people into poverty, in Beirut, Lebanon June 10, 2020. (REUTERS/Mohamed Azakir)

Beirut's nightlife on the brink as pandemic compounds financial crisis