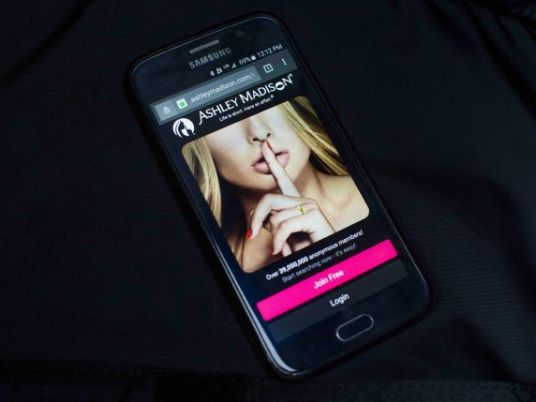 Hundreds of thousands of people signed up for infidelity website Ashley Madison in the last week, parent company Avid Life Media said on Monday, even after hackers leaked data about millions of its clients.
The company also struck back at reports that the site had few genuine female users, saying internal data released by hackers had been incorrectly analyzed.
"Recent media reports predicting the imminent demise of Ashley Madison are greatly exaggerated," the company said in a statement. "Despite having our business and customers attacked, we are growing."
On Aug. 18, hackers who claimed to be unhappy with Avid Life's business practices released Ashley Madison customer data. A second data dump contained thousands of emails and other company documents. Reuters has not independently verified the authenticity of the data, emails or documents.
Last week, tech blog Gizmodo published a widely cited analysis of the customer data, concluding that very few female members had ever checked the site for messages.
Avid Life said on Monday that an unnamed reporter had wrongly concluded that the number of active female members on Ashley Madison could be calculated based on assumptions about the meaning of fields contained in the leaked data.
"Last week alone, women sent more than 2.8 million messages within our platform," Avid Life said, adding that 87,596 women had also signed up for Ashley Madison last week.
Gizmodo published another post on Monday, saying it had arrived at a low number of active female users "based in part on a misunderstanding of the evidence."
On Friday, Avid Life said Chief Executive Officer Noel Biderman had left the company by mutual agreement.
For at least three years before the publication of details about its members, Avid Life had been struggling to sell itself or raise funds, according to internal documents and emails that hackers also released.