The remains on the railway tracks at the entrance of Mandara in Assiut Governorate spoke of the unthinkable tragedy that hit the village, part of the city of Manfalut. The day before, 52 kids, most of them from the village, were killed when their school bus was hit by a train while crossing the railway.

Torn school books, small shoes, ripped bag straps, a bloodied white shirt — all lay on the tracks the day after the crash as painful reminders of the innocence and promise of the lives taken.

The victims, aged between 6 and 8, were heading to an Al-Azhar-affiliated Islamic school more than 10 miles away from their village in a dangerously overcrowded bus.

With the railway crossing left open, a train that made no warning sounds shredded the bus into pieces that lay scattered over a mile between the point of impact and where the train finally came to a stop, with blood on its front.

The day following the collision, men in suits filled the entrance of the village that, like most small villages in Upper Egypt, has long suffered from state neglect.

A team of investigators sent by the general prosecution inspected the booth of the worker responsible for the railway crossing with the help of a delegation of engineers from Assiut University. More than a dozen senior security officials sat at the entrance of the village.

Residents were most furious about how avoidable the tragedy had been. It was a direct result of the neglect of a repeatedly reported hazard.

“This is the system in Egypt — moves are made only after catastrophe strikes. We have complained about this railway crossing more than five times. Now that the accident already happened, they come,” said the mayor of Mandara, Mahmoud Khalaf, as he watched officials finally inspecting the flawed system.

The booth where the worker is required to spend his 12-hour-long shift is a suffocating, narrow brick construction equipped with a phone where the worker receives notification of incoming trains, following which he’s required to manually close a steel gate blocking cars from the railway crossing.

Residents said that with long shifts and an uncomfortable post, the railway worker often sat with the guards in the larger room allocated to them right next to his post.

The room doesn’t have a view of the tracks. The day following the crash, ashes and equipment indicated the use of marijuana in the location.

The railway crossing worker often left it open while trains passed by, which has led to numerous close calls, residents said. Cars, surprised by a coming train with no warning, had to back up or speed through the crossing to get out of the train’s way — just in time.

The residents’ complaints following these incidents were ignored.

Al-Masry Al-Youm published one of three letters allegedly sent by the railway crossing workers at Mandara to the transportation minister and head of the Railway Authorities last September complaining that their post was not connected to the system, left with only a phone call to inform them of incoming trains. The workers said sometimes they got no notification of incoming trains and, with no warning sounds, were surprised by trains passing by.

The letter warned that the defect could result in catastrophic accidents.

Since 2008, six crashes involving a train and an unsuspecting vehicle crossing the railway have occurred, indicating a system in need of serious improvement.

Many responded with sour sarcasm to the promises yelled out by Mohamed Moussa, a figure in the Muslim Brotherhood’s Freedom and Justice Party and a former member of the now-dissolved Parliament, at the crowd forming around him at the scene of the crash Sunday.

Moussa responded to demands and complaints by announcing that the development of the railway crossing system would start within a week.

“Sure, when 50 more people are dead,” yelled one resident.

“That’s what you said at the time of the elections,” added another.

Growing tired of false promises, resentment toward the ruling Muslim Brotherhood could be felt among the residents, as none of their problems were solved after they had voted the Brotherhood to power. Families of the victims chased Prime Minister Hesham Qandil out of Assiut Hospital when he went to visit hours after the collision.

The avoidable tragedy left the village of Mandara in grief.

Colored benches set outside in the eerily silent streets indicated that the house had lost one child or more in the collision and was receiving condolences. Residents spent the day after, going from one grieving house to the other consoling the parents.

“Mandara is one big funeral today,” said Mohamed Eid, who lost a nephew in the train crash, as he sat on the sidewalk opposite his brother’s house. “This is an unimaginable situation. It’s the first time that I’ve witnessed this amount of sadness. We saw our kids and other people’s kids shredded to pieces.”

As he sat in his house receiving condolences for the death of his 8-year-old twin daughters Alaa and Ayat, lawyer Yehia Ali recounted the moment that catastrophe hit.

Five minutes after the bus took off with his daughters, Ali’s son told him that the bus had an accident. When he rushed to the railway tracks, Ali wasn’t prepared for what he saw, he said.

“We went to look for the bus, but there was no bus. We found bus debris, and our children in shreds,” Ali recounted.

Mothers had to be brought to the scene to recognize the clothes they put on the now disfigured bodies of their children that morning, Ali said.

“This is not only about the accident. We want Egypt to be better, we want every official to feel the consequence of any neglect,” he said.

The twins’ mother was inconsolable after she saw the bodies of her two daughters on the tracks.

“She saw them but she couldn’t hold them,” said a relative, indicating that the girls’ bodies were too damaged for their mother to give them a final hug.

Ambulances arrived at the scene unequipped with even bags to carry away the bodies. The workers emptied garbage bags and carried the deceased kids in them, Khalaf, the mayor, said.

With only a poorly equipped health unit in the village of Mandara, the victims were first taken to the closest hospital in Manfalout. Then the surviving 17 were taken to the university hospital in Assiut, where one died, some have been released and most are still undergoing treatment.

Even 24 hours after the crash, the hospital was clearly overwhelmed. The children lay in overcrowded rooms, with parents yelling in despair and staff members struggling to provide them with the necessary care in the absence of basic supplies.

Coming in with critical head and chest injuries, Ahmed was kept in the hospital reception area for more than five hours, his father said. Five minutes after finally being admitted to the intensive care unit, the father saw a wrapped body wheeled out of the room.

“They refused to let me see who they were wheeling out, but I unwrapped him and saw it was my son. I asked God for strength and took him to the morgue,” recounted Ahmed.

Following the crash, Morsy accepted the resignation of both the head of the railway authority and the transportation minister, and promised to prosecute all those responsible. 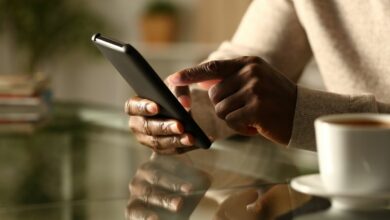