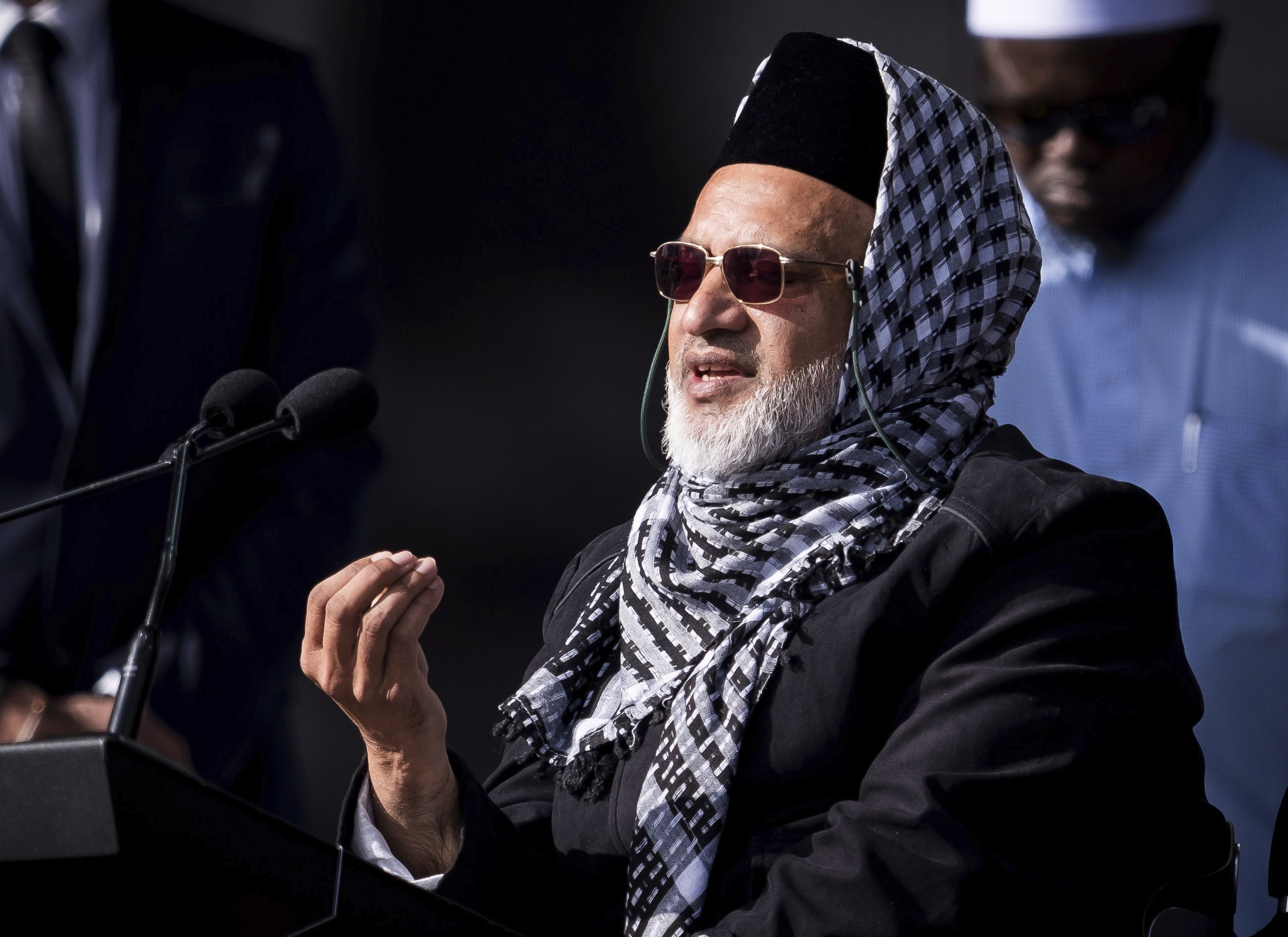 CHRISTCHURCH, New Zealand (AP) — A man who survived New Zealand’s mosque attacks told a crowd of about 20,000 people on Friday that he forgives the terrorist who killed his wife and 49 others.

Farid Ahmed was speaking at a national remembrance service held in Christchurch to commemorate those who died in the attacks two weeks ago.

Ahmed said that while he didn’t agree with the gunman’s actions, his Muslim faith taught him that even the terrorist was his brother.

The name of Ahmed’s wife, Husna Ahmed, was among the 50 read out by members of the Muslim community during a solemn part of the service.

It was the third major memorial held in Christchurch since the March 15 slaughter of worshippers who were inside the two mosques for Friday prayers. Australian Brenton Harrison Tarrant, 28, has been charged with murder in the attacks.

The latest memorial service was a more formal occasion, with Australian Prime Minister Scott Morrison and other foreign dignitaries attending.

Morrison later told reporters the service “was a thing of absolute beauty.”

New Zealand’s police force put on a show of force, closing down nearby streets and patrolling the park with semi-automatic weapons. But the atmosphere was relaxed during the 90-minute commemoration held on a sunny morning in Hagley Park.

New Zealand Prime Minister Jacinda Ardern, who wore an indigenous Maori cloak, said the world had been stuck in a vicious cycle of extremism which must end. She said her country had learned the stories of those impacted by the attacks.

“They were stories of bravery. They were stories of those who were born here, grew up here, or who had made New Zealand their home. Who had sought refuge, or sought a better life for themselves or their families,” she said. “These stories, they now form part of our collective memories. They will remain with us forever. They are us.”

The featured musical guest was British singer Yusuf Islam, also known as Cat Stevens, who converted to Islam in 1977.

“We learn about things through their opposites,” the singer said. “And it’s through opposites like this, the evilness of that act and what drove it, we find its opposite, which is the love and kindness and unity that has sprung up right here in New Zealand.”

A particularly poignant moment came when a girl named Salma, the daughter of slain worshipper Ashraf El-Moursy Ragheb, briefly got up on stage to remember her dad.

“He was a really nice man,” she said.