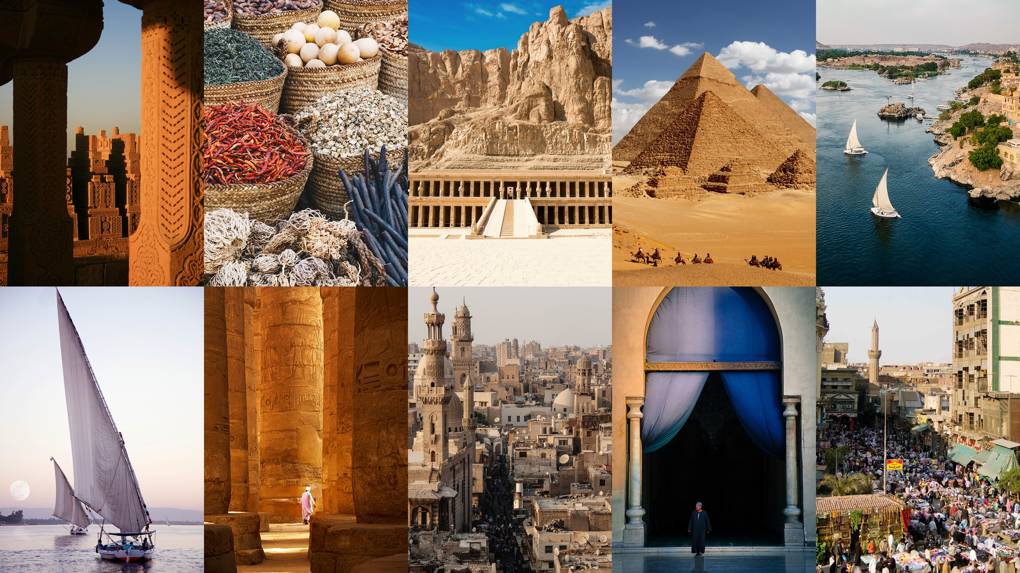 After years of unrest following the two great revolutions of 2011 and 2013, Egypt now ranks second amongst the Top Holiday Destinations in 2019 according to renowned publication Conde Nast Traveller, as a result of the radical cultural changes the country has undergone over recent years.

Calling it “The New Art Pilgrimage”, the CN Traveller said that Egypt has finally restored its long forgone place on the world tourism map.

Tourism momentum is thriving in many places in Egypt sparked with high demand for Nile cruises, where Nile Cruise Liner Sanctuary Retreats has started weekly sailings on its beautiful wooden ships, decked out with art deco fixtures and leather deck chairs providing tourists a pleasant means to look out at the Nubian sandstone cliffs and numerous archaeological tombs in Luxor, according to the CN Traveller.

Amongst other Nile cruise liners is the Philae, which has been granted a full redecoration, with a rooftop pool alongside commodious rooms and a spa that overlooking the Madinat Habu, the resting place of Ramses II and one of the hot-spots on their itinerary.

From the other side of the Nile at downtown Tahrir, the renowned New York-based St. Regis Hotel is set to open in Cairo right on the Nile Corniche by the end of this year, integrating the capital’s smudged hotel outlook with a much-desired sense of enchantment, as the terraces look over Cairo’s “pedestrian-friendly Corniche” surrounding the hotel.

Another addition to Egypt’s touristic resurgence is the opening of the Grand Egyptian Museum, anticipated to be inaugurated in 2020. At a value of $1 billion, the GEM will host a wide array of Egypt’s finest national treasures, such as King Tutankhamun’s total burial collection exceeding 5,000 pieces, displayed in a precise replica of his tomb.

Minister of Tourism Rania al-Mashat expressed delight at Egypt being at the forefront of tourism destinations according to the CN Traveler magazine, emphasizing that this boost in interest towards Egypt as a distinct tourist destination indicates the success witnessed by Egypt’s tourism sector.

A report by The Arabian Travel Market (ATM) anticipated that tourists traveling from Europe to Egypt would be major tourism boosters, leading a significant jump in the growth rate to 9.1 million tourists in 2022, from 6.2 million in 2018.

The CN Traveller is a popular American tourism and travel magazine, having acquired several international awards, aimed at high-spending tourists.