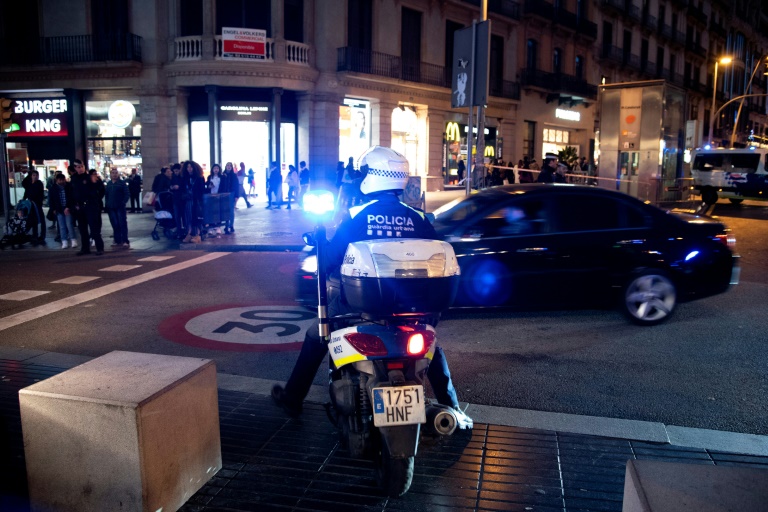 Barcelona was on alert on Monday after the US State Department warned of the risk of a terrorist attack in Spain’s second-largest city during the Christmas holidays.

Several police vehicles were parked on both ends of Barcelona’s central Las Ramblas boulevard, which was targeted last year by a deadly van attack claimed by Islamic State militants.

Some 30 police officers patrolled the boulevard, which is popular with locals and tourists, as well as a Christmas market in the nearby Plaza Cataluna, the city’s main square.

“Exercise heightened caution around areas of vehicle movement, including buses, in the Las Ramblas area of Barcelona during Christmas and New Year’s,” the State Department’s Bureau of Consular Affairs said in a tweet on Sunday.

“Terrorists may attack with little or no warning, targeting tourist locations, transportation hubs, and other public areas.”

Asked about the warning during an interview with Rac1 radio on Monday, Catalonia’s regional interior minister Miquel Buch said police “were working on this threat”.

“We take seriously all threats, all of them are investigated,” he said, without giving further details.

Catalan daily El Periodico said Catalan regional police had circulated an internal note that the man, who was born in Casablanca, could try to drive a bus or other large vehicle into crowds in Barcelona.

It was not clear if the suspect was in Spain, according to the reports.

Contacted by AFP, a spokesman for the regional police force in Catalonia did not confirm police were seeking a Moroccan man but said a “temporary reinforcement of security measures in areas of high concentration of people” was in place.

Spain has kept its terrorist alert unchanged at the second-highest level despite the US State Department warning, although security measures were boosted in December for the Christmas holiday period, a Spanish interior ministry spokesman said.

Spanish police arrested a 33-year-old Moroccan man on Friday in Barcelona who had fought in Syria for the Islamic State group.

On August 17, 2017 a van rammed into crowds on Barcelona’s tree-lined Las Ramblas boulevard, killing 14 people and injuring over 130 others.

The 22-year-old Moroccan driver then stole a car after killing the driver and fled.

Several hours later five of his accomplices mowed down pedestrians on the promenade of the seaside resort of Cambrils south of Barcelona before stabbing a woman to death.

The Islamic State group claimed responsibility for the attack, Spain’s deadliest in over a decade.