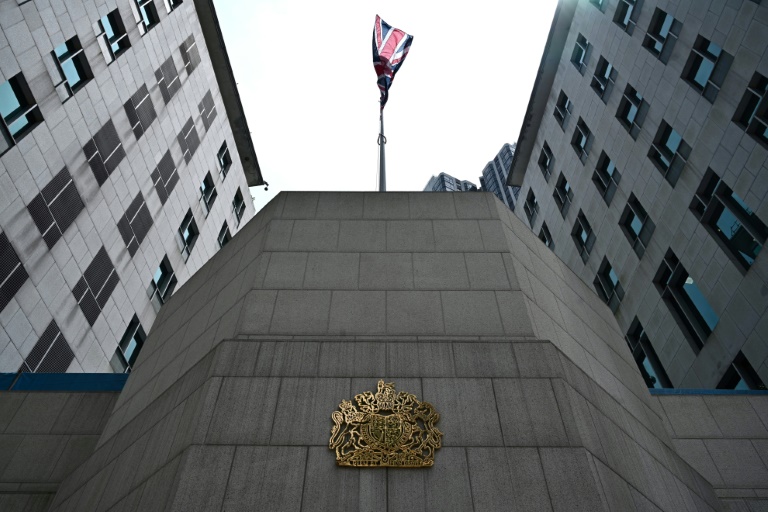 An employee of Britain’s consulate in Hong Kong who went missing earlier this month is being held in China, Beijing confirmed Wednesday.

The incident comes as relations between Britain and China have become strained over what Beijing calls London’s “interference” in pro-democracy protests that have wracked Hong Kong for three months.

Chinese foreign ministry spokesman Geng Shuang told a regular press briefing the detained man had been “placed in administrative detention for 15 days as punishment” by Shenzhen police for breaking a public security law.

Geng said the employee was from Hong Kong and therefore the issue was an internal matter.

“Let me clarify, this employee is a Hong Kong citizen, he’s not a UK citizen, which is also saying he’s a Chinese person,” Geng said.

The man, named by his family as Simon Cheng, traveled to Shenzhen, a megacity on the China-Hong Kong border, for a one-day business meeting on August 8.

That night, Cheng returned via high-speed train and sent messages to his girlfriend as he was about to go through customs.

Geng said the employee had violated the Public Security Administration Punishments Law — a law with broad scope aimed at “maintaining public order in society” and “safeguarding public security”, as well as making sure police and security forces act within the law.

The ongoing protests have raised fears of a Chinese crackdown in some form.

The unrest was initially triggered by a controversial law that would allow extradition to the mainland, but has since broadened into a call for wider democratic reforms.

Beijing has repeatedly warned Britain — the former colonial ruler of Hong Kong — against any “interference” in the protests, which erupted 11 weeks ago and have seen millions of people hit the streets calling for democratic reforms.

“Recently the UK has made many erroneous remarks about Hong Kong,” Geng said at the press briefing Wednesday.

“We once again urge the British side to stop gesticulating and fanning flames on the Hong Kong issue.”

With Beijing attempting to shape the narrative of the unrest in Hong Kong, Chinese authorities have increased their inspections at the Shenzhen border, including checking the phones and devices of some passengers for photos of the protests.

The mainland metropolis of Shenzhen sits behind China’s “Great Firewall” –which restricts access to news and information — while Hong Kong enjoys liberties unseen on the mainland.

China promised to respect the freedoms in the semi-autonomous territory after its handover from Britain in 1997, including freedom of speech, unfettered access to the internet and an independent judiciary.

Beijing also faced criticism in the past for detaining foreign nationals amid ongoing diplomatic spats.

Ottawa has urged Beijing to release two Canadian citizens detained in December amid escalating diplomatic tensions between the two countries.

Michael Kovrig and Michael Spavor were detained amid a diplomatic crisis sparked by the arrest of Meng Wanzhou, chief financial officer for Chinese tech giant Huawei, in Vancouver on a US extradition bid.

Former diplomat Kovrig and consultant Spavor were picked up in China on suspicion of espionage days after her arrest, in a move widely seen as retaliation.

Friends of the missing employee staged a protest outside the British Consulate in Hong Kong on Wednesday afternoon to pressure the UK government to “save Simon”.

“Hong Kong people are still fighting to oppose the extradition bill, yet something like this happened without such a bill,” organizer Max Chung told AFP.

“If the Beijing government doesn’t explain to the public why this happened, then it is playing with fire. This is a warning to Hongkongers and to whoever wants to come to Hong Kong.”

Chung told the rally that “to our best understanding” his detained friend had not been involved with the ongoing protests that have engulfed the financial hub.

“Simon is a very good guy, and smart guy… I don’t think he would do anything stupid,” he added.

Image: AFP / Anthony WALLACE The British consulate in Hong Kong has not named the detained man but a missing persons case was opened on August 9