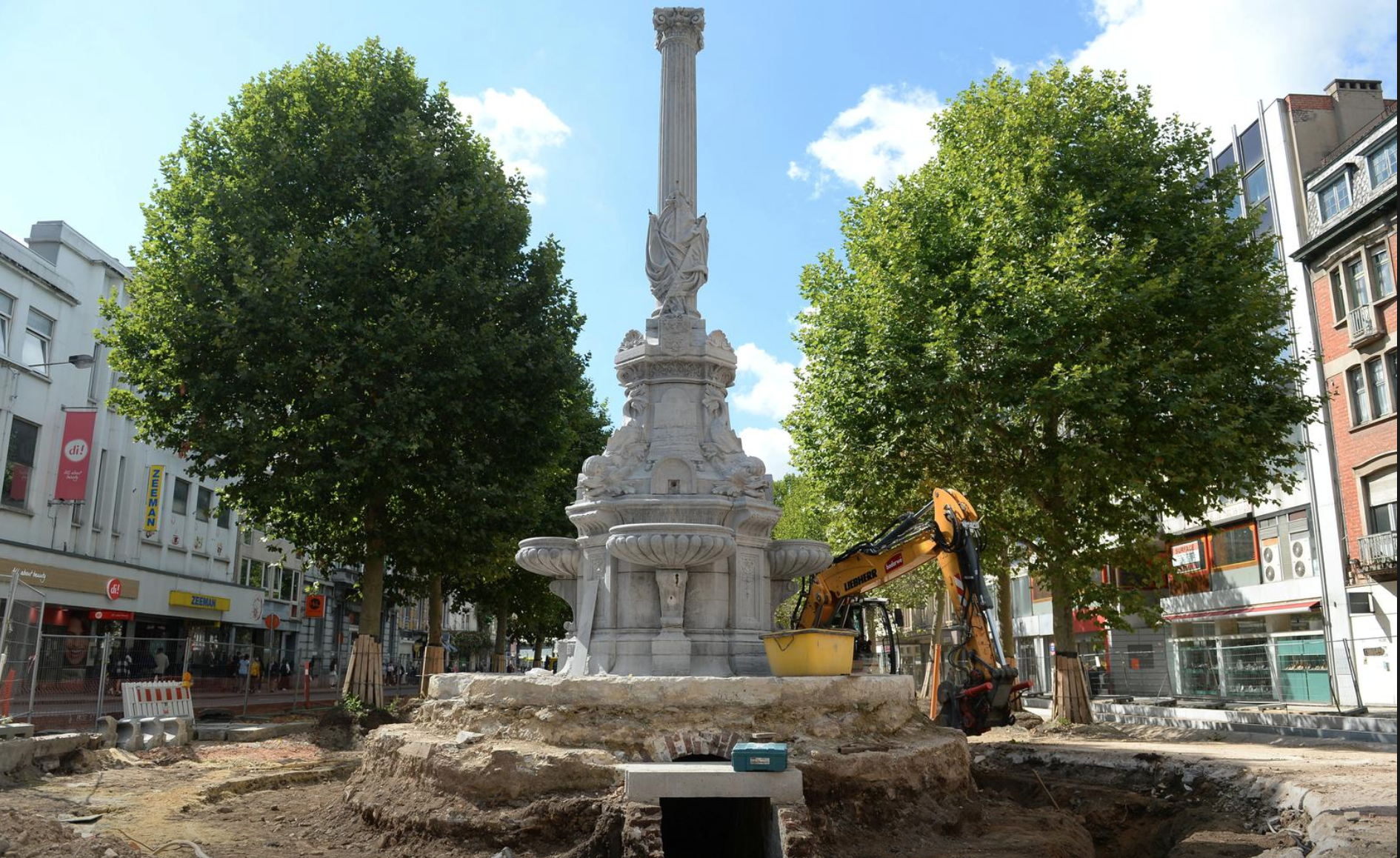 VERVIERS (Reuters) – For years it was just an urban myth. Then the diggers moved in and found it was true – that the heart of a former mayor of the eastern Belgian city of Verviers really was buried under a fountain.

The relic is mentioned in civic documents, but until it was found “no one really believed it,” Verviers city councillor Maxime Degey told Reuters.

“Today the legend is no longer a legend. It’s a reality.”

David, the city’s first mayor after Belgium became an independent country, was still in office when he died in 1839 after falling from a building.

Authorities built a fountain in his honour and, with his family’s permission, placed his heart under a stone in the monument in 1883.

The box is on display at the Verviers Museum of Fine Arts and Ceramics. It will be returned to the Fontaine David in the city’s Place Verte once the renovation is complete.

“I do not know of any other example of a mayor whose heart has been preserved in a monument … in the middle of his town. That’s unique,” said Nathalie Weerts, the museum’s deputy curator.

David first served as mayor of Verviers from 1800-1808, when Belgium was under French rule. His second stint in office began in 1830, the year that Belgium became an independent country.

He established the city’s first fire brigade and opened up politics, letting the public in to watch city council debates.