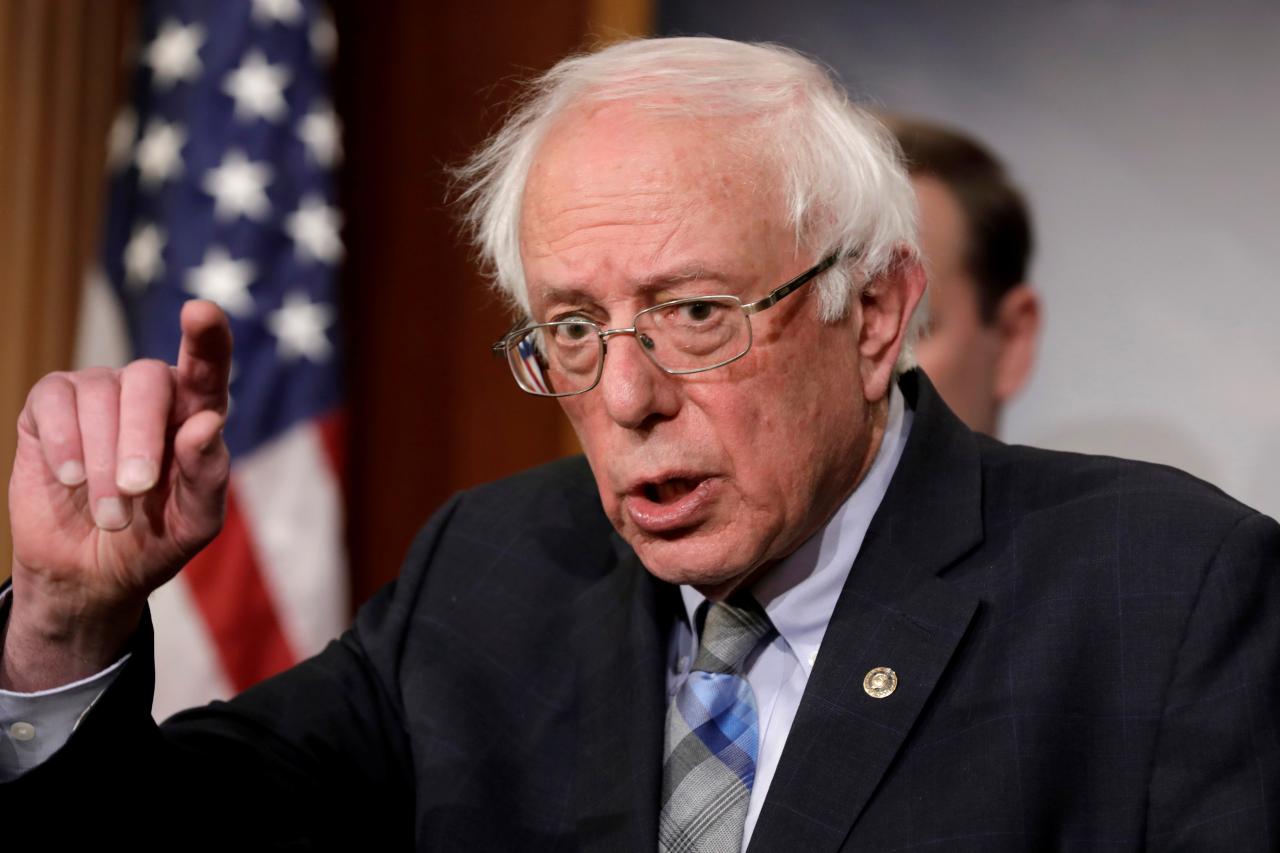 WASHINGTON (Reuters) – US Senator Bernie Sanders, the progressive populist who mounted a fierce challenge to front-runner Hillary Clinton in the 2016 White House campaign, said on Tuesday he will again seek the Democratic Party’s presidential nomination in 2020.

Sanders, 77, an independent who caucuses with the Democrats, announced his candidacy in an email to supporters, pledging to build a vast grassroots movement to confront the special interests that he said dominate government and politics.

In his campaign, Sanders said he would push for many of the same issues that powered his 2016 bid and resonated with younger voters, including universal healthcare, raising the minimum wage, and free public college tuition.

“Our campaign is about creating a government and economy that works for the many, not just the few,” Sanders said in the email, asking for 1 million people to sign up to start the effort.

In an interview with Vermont Public Radio, the Vermont senator promised a “very different campaign” in an effort to unseat Republican President Donald Trump.

Sanders’ insurgent 2016 candidacy against Clinton was a long shot, but he ended up capturing 23 state nominating contests and pushing the party to the left, generating tension between its establishment and liberal wings that has not entirely abated.

This time around, Sanders has been among the leaders in opinion polls of prospective 2020 candidates, but he faces other liberal progressives touting many of the same ideas he brought into the party mainstream.

That could make it harder for him to generate the same level of fervent support he did four years ago.

Sanders is also likely to face questions about his age and relevance in a party that is increasingly advancing more diverse and fresh voices, including those of women and minorities – groups that Sanders struggled to win over in 2016.

Among those already in the Democratic race are fellow Senators Cory Booker of New Jersey, Kamala Harris of California, Kirsten Gillibrand of New York, Amy Klobuchar of Minnesota and Elizabeth Warren of Massachusetts.

A former mayor of Burlington, Vermont, Sanders won a US House of Representatives seat in 1990, making him the first independent elected to the House in 40 years. In 2006, he won a US Senate seat and in 2018 was voted in for a third six-year term.

His push against Clinton, a former first lady, US senator and secretary of state, was notable because few Democrats seemed inclined to challenge her claim on the nomination. Sanders’ candidacy swiftly became a phenomenon, as he spoke to swelling crowds and garnered passionate support on social media.

Unlike Clinton, he refused to take money from corporate political action committees, or PACs, relying on a flood of small-dollar donations.

When he ultimately conceded and spoke at the Democratic National Convention in support of Clinton, he was jeered by some of his supporters. At the time, Sanders said his populist platform would endure.

The primaries and caucuses that determine the party’s nominee will begin in February 2020 in Iowa, and the Democratic winner is likely to face Trump in the general election in November.

Where it all went wrong for Clinton