Facebook Twitter LinkedIn
If there's one thing we don't envy Nik Loukas — who has circled the world 17 times, flown 428,000 miles and visited 44 countries since he started tracking his flights in 2012 — it's the amount of in-flight meals he has to consume.
At least that was what we thought until Loukas proved us wrong with hisInflightfeed blog, or what he calls a "tasty online guide for that enjoyable in-flight experience."
Fueled by his love for planes, the Australia-born and Dublin-based traveler has been working in the travel and aviation industry for more than 15 years.
"I was given a task to deal with an issue that we had at an airline that I worked for and it involved having to work closely with our inflight caterer," Loukas tells CNN about the incident that piqued his interest in in-flight food.
"It just stuck. I love learning all about how the food is selected for passengers to eat, how it's delivered to aircraft and everything in between.
"It's quite a logistics-driven industry, and if passengers only knew half the things that airlines go through in order to get a meal to them in-flight to eat, they would be astounded."
With that in mind, he started documenting what he eats in-flight on his blog, which includes plane food reviews and latest industry news.
In the last four years, he's traveled and sampled food on more than 65 airlines and 403 flights.
Although Loukas has come across meals he wants to forget, he's had more than a few he likes to remember.
"Whilst you can't always rely on [Turkish Airlines'] in-flight service, its meals are always on point, delicious and there's plenty of it, even on short flights," says Loukas.
"Its caterer Do & Co is known to create some of the best in-flight dishes in the world."
The professional in-flight foodie also recommends splurging on Singapore Airlines' "Book the Cook" service for passengers in first class or in suites.
"It's like dining in your own private restaurant at 35,000 feet."
He had lobster thermidor and caviar on a recent Singapore-Melbourne flight using the service.
But great in-flight food experiences aren't limited to first-class fliers only.
Low-cost carriers Osaka-based Peach and Turkey's Pegasus Airlines dish out some amazing sushi and steak.
Other tips include expanding your meal options by pre-ordering a special meal and scoring extra freebies by checking out in-flight galleys in person.
Loukas is currently crowdfunding for a documentary about his project and airline meals on IndieGoGo.
Tags
airlines ATR planes inflight meals planes 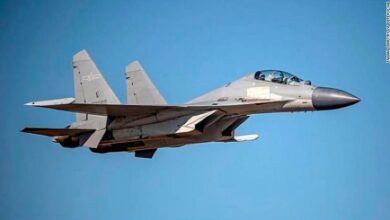