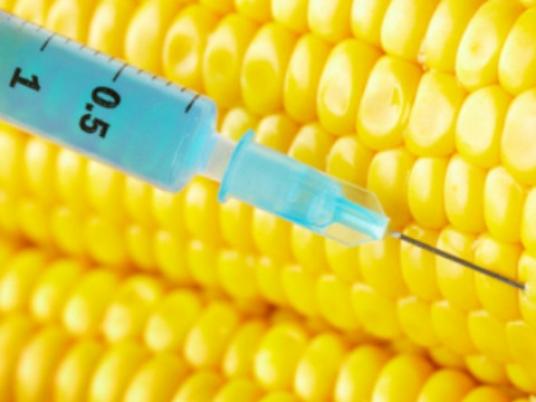 An international organization that promotes the use of agricultural biotechnology ranked Egypt third in terms of the commercialization of genetically modified crops in Africa, in its 2012 annual report on the use of biotech crops worldwide.

The International Service for the Acquisition of Agri-biotech Applications (ISAAA) — funded by multinational biotechnology companies Monsanto and Bayer AG, as well as US government agencies USAID and the US Department of Agriculture — found that South Africa was the biggest biotechnology enthusiast on the continent, with 2.9 million planted hectares of genetically modified maize, soybeans and cotton, followed by Burkina Faso, Egypt and Sudan.

The ranking may worry some in Egypt, as controversy remains over the health and economic implications of genetically modified crops.

Although the Egyptian Agriculture Ministry made public its decision to destroy a 40-ton shipment of Monsanto’s insect-resistant MON810 maize after it entered the country in January last year, the ISAAA reports that 1,000 hectares of the crop were actually planted. Monsanto is a US-based multinational agricultural biotechnology corporation.

Osama El-Tayeb is a microbiology and immunology professor at the 6th of October University Faculty of Pharmacy and an adviser on biosafety issues. He says the shipment was imported without the formal approval of the Ministry of Environment, the ministry in charge of approving genetically-modified organisms’ import into the country.

Instead, the people who signed the custom papers to let the shipment in were advisors to the agriculture minister — which is why the Ministry of Agriculture seized the shipment and had to destroy it. He is not certain the entire shipment was destroyed but does have information that some of the seeds were destroyed in various governorates.

Back in 2008, the Egyptian government made a deal with Monsanto to import, grow and sell the company’s genetically modified maize. A genetically modified organism, or GMO, is an organism whose genetic characteristics have been altered by inserting foreign genes to give it specific traits such as insect, pesticide or drought resistance, to improve yields and reduce pesticide consumption.

For MON810 maize, the plant’s DNA has been genetically engineered to resist insect attacks by secreting an insecticide. When the insects feed on MON810, the introduced Cry1Ab gene ruptures their stomachs.

After reviewing the ISAAA report’s conclusions, Ahmed el Droubi, sustainable agriculture campaigner for Greenpeace, expressed concerns over the inconsistencies between the report’s findings and the Agriculture Ministry’s official statements.

“This is a big question mark,” says Droubi. “If the ministry indeed discarded the 40-ton shipment, why haven’t they contradicted the ISAAA’s report? If they haven’t destroyed it, someone from the ministry needs to be held responsible.”

Tayeb is familiar with the ISAAA and says he is suspicious about the veracity of their yearly reports because they receives a good chunk of funding directly from Monsanto. “The ISAAA cannot associate itself with scientists unless they buy them first,” he says. “It’s a piece of crap.”

Greenpeace is urging the Egyptian government to divulge information on the current status of genetically modified maize plantations in the country. For Droubi, “it is a crime for Egypt to allow the commercialization of GMOs at this phase of our development. It shows the interest of a small group of people against the interest of the rest of the population,” he says.

As a signatory of the Cartagena Protocol on Biodiversity in 2003, Egypt is requested to create its own national biosafety law to ensure the safe handling, transport and use of GMOs. In 2004, a committee of representatives from ministries including Agriculture and Environment, as well as Chambers of Commerce officials and scientists, drafted a law that would regulate genetically modified crops, but the law has still not been passed.

The draft requires a risk management assessment of any GMO that enters Egypt, close monitoring of the conditions of shipment, and the creation of detection labs to examine the imported GMO shipments’ components.

“The most important aspect of the draft is that the developer, in this case Monsanto, is liable for any environmental damage caused by its product,” says Tayeb, who was a member of the drafting committee.

Droubi emphasizes the importance of transparency.

“The Egyptian people are entitled to know what is planted on our land and what we are eating,” he says.