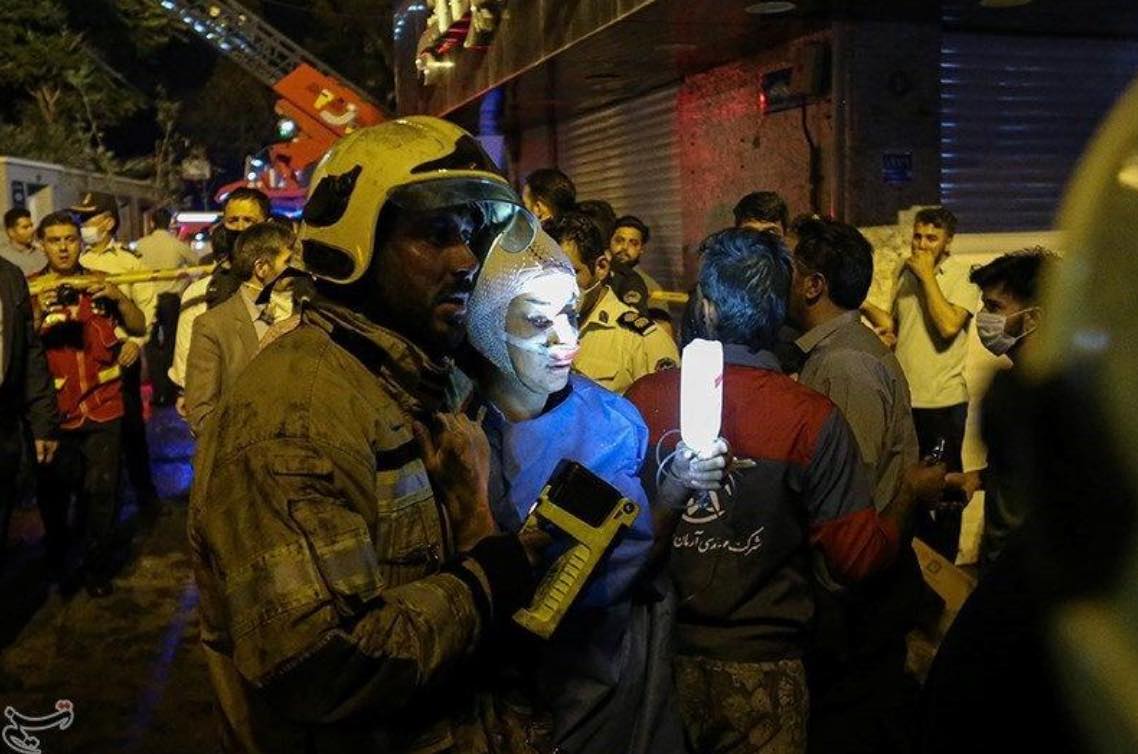 (Reuters) — Nineteen people were killed and six injured on Tuesday in an explosion at a medical clinic in the north of the Iranian capital Tehran, the official IRIB news agency reported, quoting state officials.

A video posted on social media appeared to show multiple explosions at the north Tehran site and another showed firefighters using a ladder to reach the roof of the building.

Reuters could not independently verify the authenticity of the videos.

A fire touched off by the blast has been extinguished, Jalal Maleki, the Tehran Fire Department spokesman said on state TV.

The clinic, which had 25 employees inside at the time of the blast, primarily carries out light surgeries and medical imaging, Harirchi said.

Last week, an explosion occurred close to a sensitive military site near Tehran which the defense ministry said was caused by a leaking tank at a gas storage facility. No deaths or injuries were reported.

Image: A firefighter helps an injured woman at the site of an explosion at a medical clinic in the north of the Iranian capital Tehran, Iran, June 30, 2020. (Tasnim News Agency/Handout via REUTERS)