Facebook Twitter LinkedIn
A pioneering gene therapy for sickle cell disease is working well so far for a 13-year-old French boy with the hereditary blood disorder, researchers said on Saturday, in a boost for the technology to fix faulty genes.
He is the first patient with severe sickle cell disease (SCD) to be treated with Bluebird Bio's LentiGlobin BB305 product, which the US biotech company believes could cure the disorder.
SCD is caused by a mutated gene, resulting in abnormal red blood cell function. Patients suffer anemia, painful obstruction of blood vessels and, in some cases, early death.
Bluebird's gene therapy treats the condition by extracting blood stem cells and then adding a working version of the malfunctioning gene.
Results presented at the European Hematology Association meeting in Vienna showed the French patient has not needed a life-sustaining blood transfusion for more than three months and his body was producing 45 percent so-called anti-sickling hemoglobin at six months.
"(This) is cause for optimism as we expect levels of anti-sickling hemoglobin of 30 percent or more could significantly improve and potentially eliminate the serious and life-threatening complications associated with sickle cell disease,” said lead investigator Marina Cavazzana of Paris Descartes University.
Two other patients with a related blood disorder called beta-thalassemia remained transfusion-independent at 16 and 14 months respectively. Bluebird had already reported success with beta-thalassemia patients for a shorter period of time.
Shares in Bluebird have doubled this year on growing hopes for its gene therapy drug pipeline and the latest results may shore up confidence further, although analysts said data from more patients was needed to better understand the treatment's potential.
Gene therapy is currently undergoing a renaissance following a series of setbacks in the late 1990s and early 2000s, and several large drugmakers are now buying into the field.
The medical approach has the potential to revolutionize a number of diseases caused by faulty genes, ranging from blood disorders to eye problems to heart failure.
But producing gene therapy products is extremely complex and the US$1 million price tag for the first such drug approved in Europe, from Dutch firm UniQure, highlights the quandary facing governments and insurers as to whether they will offer value for money.
Tags
Bluebird's gene therapy Gene therapy hereditary blood disorder sickle cell disease 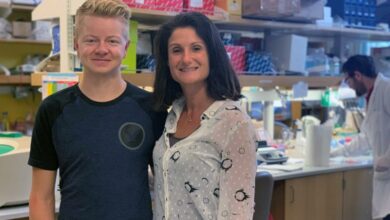 Newer methods may boost gene therapy’s use for more diseases