Philippine police killed 11 suspected drug dealers during operations at the weekend, police said on Monday, adding to a surge of drugs-related killings since Rodrigo Duterte swept an election last month on promises to wipe out crime.

Duterte's single-issue campaign of tackling illegal drugs and other crime within six months, and his staunch advocacy of extrajudicial killings, struck a chord with Filipino voters. However, rights groups have rebuked him over concerns that, as president, he would live up to his nickname of "the punisher".

The more than 40 drug suspects killed since Duterte's May 9 election victory compares with the 39 deaths recorded in the four months before it, said National Police spokesman Wilben Mayor.

Duterte takes office on June 30 and has repeatedly reassured police they would have his full support if they killed criminals who resisted with violence. He has also warned that police found to be involved in the drug trade would suffer the same fate.

Speculation has been rife in Manila that some police involved in the drugs business were clearing the decks before Duterte takes office by eliminating criminals who could implicate them.

"I would know if these people were killed in rub-outs," he said in a radio interview.

Philippines media reported on Monday that drug dealers were killed when they resisted arrest during operations in Manila, Laguna, Bulacan, Rizal, Bohol and Cebu at the weekend.

Police said many of those killed in those raids and undercover stings had chosen not to go quietly.

"There was a shootout between undercover police officers and drug peddlers when the men sensed they had sold 500 pesos (US$10.80) worth of drugs to policemen," he said.

Manila Archbishop Cardinal Luis Antonio Tagle gave special prayers on Sunday urging incoming state officials to avoid a culture of death and reprisal. Those prayers will be read each day before the new government takes office in the deeply religious, predominantly Catholic Philippines.

Catholic bishops have been disturbed by statements attributed to Duterte warning of killings, and by his plan to seek the return of the death penalty by hanging.

Duterte has also said some journalists were killed because they were corrupt.

In southern Davao City, where Duterte was mayor for more than 20 years, rights groups documented a total of 1,400 unsolved murders from 1998, most of them petty criminals and street-level drug peddlers. Duterte denies any involvement. 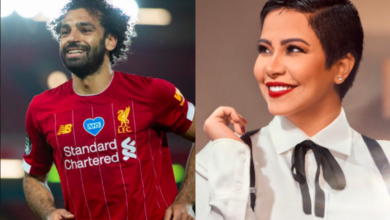