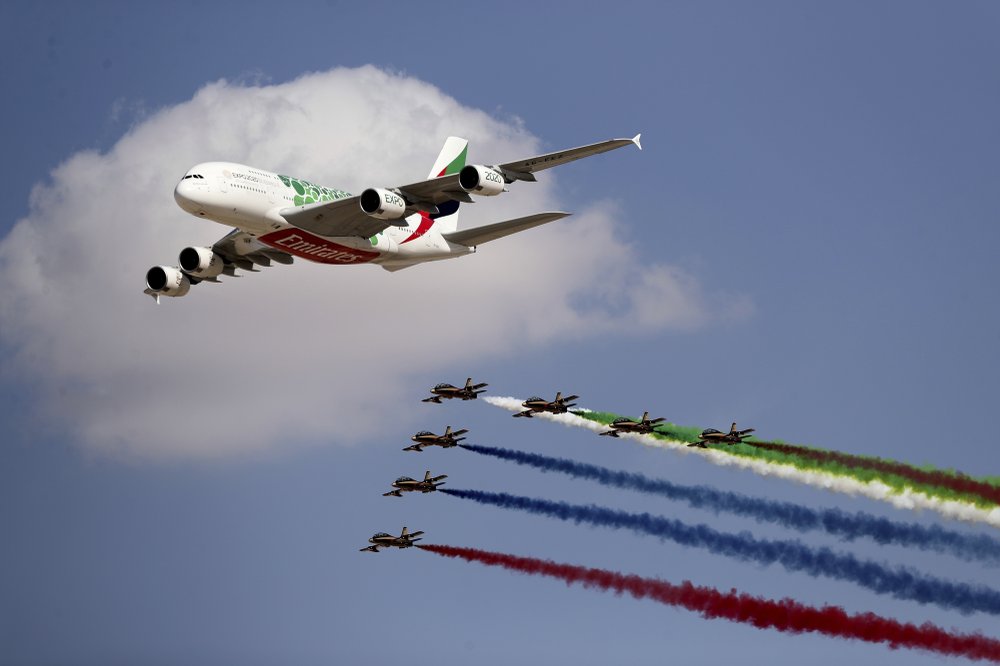 DUBAI (Reuters) — Airbus and Boeing fought to save billions of dollars of jet deals on Sunday as host airline Emirates kept the Dubai Airshow in suspense over dozens of tentative orders designed to fine-tune the world’s largest international airline network.

The world’s top jetmakers are trying to win final approval for more than $30 billion in orders from Emirates that have been on ice for up to two years as Emirates protests about industrial delays.

Interlocking deals involving a total of 110 Boeing 787 and Airbus A330neo and A350 are up for grabs, but it remains unclear whether there was room for all them in Emirates’ revised fleet, delegates said.

Emirates wants to reduce an order for 150 Boeing 777X after deliveries were pushed back by a year and may use at least part of the 787 order as leverage.

It also has a total of 70 A330neo and A350 orders pending as part of a deal triggered by Airbus’ recent decision to axe the slow-selling A380, for which Emirates was the biggest supporter.

The plans involve reshaping the fleet to adapt to demand for shorter regional flights, but delegates said they could not rule out a repeat of 2017 when an air show deal was postponed.

“It feels like two years ago. It is hard to predict,” a senior industry source said.

In an interview with German publication aero.de on the eve of the show, Emirates boss Tim Clark signalled he would not place orders and complained about widespread delivery delays.

Boeing meanwhile continued to adopt a contrite tone over the grounding of its 737 MAX in the wake of two crashes.

In a signal of support for the embattled planemaker, Dubai ruler Sheikh Mohammed bin Rashid al-Maktoum visited Boeing’s stand while inaugurating the show.

Airbus is poised to clinch a deal for as many as 120 A320neo from Air Arabia, while Air Senegal will take A220s, delegates said. Bloomberg said the Senegal deal involved 8 jets.

Possible regional targets for Boeing’s MAX include Turkey’s SunExpress, which currently flies earlier 737s. The airline is co-owned by Lufthansa and Turkish Airlines.

“We are trusting and doing business with Boeing and that is indicated by signing these two new 787-9,” said Biman Chairman Muhammad Enamul Bari.

Ethiopian Airlines, one of two airlines involved in the MAX crashes that led to the grounding, declined to be drawn on whether it would continue to take delivery of the jet but signed a deal to retrofit its 787 fleet with in-flight Internet.

The show started amid a fragile local economy hit by relatively low oil prices and a stand-off between U.S.-backed Gulf Arab states and Iran, coupled with fuel protests in Iran.

“Iran is looming very, very large after the resumption of its nuclear activities, the Saudi Aramco attack and earlier this summer the shootdown of the (U.S.) RQ-4 reconnaissance drone,” he said.

“All of these elements are coming together to raise tensions and then you have the internal unrest in Iran which I think exacerbates the situation, because you don’t know how the leadership is going to react in a moment like that.”

Image:  An Emirates Airline A-380 leads the “Al Fursan”, or the Knights, a UAE Air Force aerobatic display team during the opening day of the Dubai Airshow, in Dubai, United Arab Emirates, on Sunday, Nov. 17. The biennial airshow opened as major Gulf airlines rein back big-ticket purchases after a staggering $140 billion in new orders were announced at the 2013 show before global oil prices collapsed (AP Photo/Kamran Jebreili)

Sisi travels to UAE to discuss security and economic cooperation

Can Saudi Arabia turn its airline into a real rival to Emirates and Qatar?