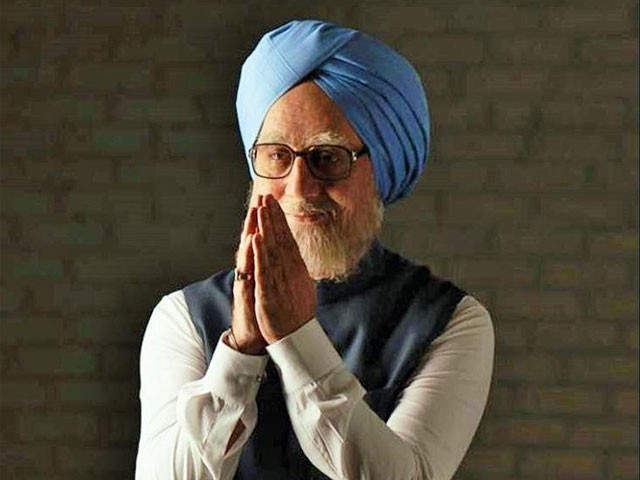 MUMBAI (Reuters) – A Bollywood film that casts Indian opposition leader Rahul Gandhi and his family in an unflattering light ahead of a national election later this year has kicked up a controversy ahead of its release on Friday.

Commentators on social media and television news programs have taken swipes at the makers of “The Accidental Prime Minister” for pursuing a political agenda, while a spokesman for the Gandhi’s Congress Party has derided it as “propaganda”.

Based on a 2014 book of the same name, the Bollywood movie is billed as a chronicle of Manmohan Singh’s ten-year premiership, as narrated by his former media advisor Sanjaya Baru.

Singh, a distinguished economist often credited for the country’s liberalization push in the 1990’s, became prime minister in 2004, after Congress President Sonia Gandhi, Rahul’s mother, led her party to a surprise election victory, but then stunned the country by nominating Singh for the premiership.

Trailers for the movie include scenes showing the Gandhis telling the mild-mannered Singh what to do, providing political ammunition for Prime Minister Narendra Modi’s Hindu nationalist Bharatiya Janata Party as it girds for a harder than expected battle to win a second term at an election that must be called by May.

The BJP’s official Twitter handle tweeted a link to the trailer, calling the film “a riveting tale of how a family held the country to ransom for 10 long years.”

Rahul Gandhi’s father, grandmother and great-grandfather were all prime ministers of India, and the BJP habitually targets the dynasty.

The trailer has garnered more than 63 million views on YouTube. In one scene, Singh’s wife is shown asking her forlorn husband: “How much more will the party insult you? Why can’t you say something?

Singh, now 86 years old, could not be reached immediately by Reuters for comment.

Anupam Kher, the actor who plays Singh, has been an ardent Modi supporter and his wife is a national lawmaker for the BJP. Akshaye Khanna, who plays Baru’s character in the film, is the son of Vinod Khanna, a film actor who was also a BJP lawmaker.

Kher told Reuters that he didn’t want to discuss political views “because whatever I say will not satisfy those who raise objections.”

But the coming elections left suspicions over the timing of the film’s release.

Fellow Bollywood actor Mohammed Zeeshan Ayyub tweeted “why don’t you just postpone the release till July, if it is just a pure piece of cinema and nothing more?”