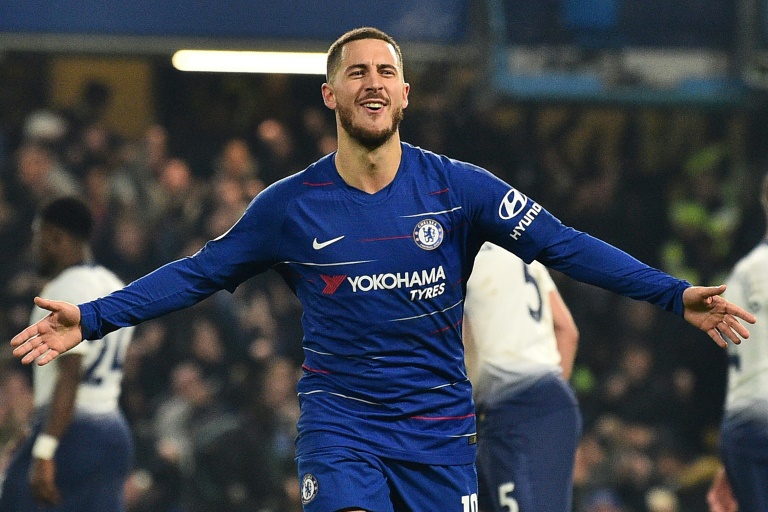 Can British sport, which has benefited massively from the opening of European borders, survive Brexit? Experts say the uncertainty created by Britain’s probable EU exit could undermine the multi-billion-dollar Premier League and Formula One.

Since its inception in 1992, the Premier League has become the richest football league in the world, a financial juggernaut fuelled by huge television contracts that has attracted a global audience.

The analysts interviewed by AFP are cautious in their assessment of Brexit’s impact, not least because the entire political process hangs in the balance — but they all point to factors that could reduce Britain’s attractiveness to sports stars.

Big wages and an English-speaking environment have attracted foreign players in their droves to the Premier League — nearly 63 percent of the players registered in October 2018 were non-British, according to the CIES Football Observatory.

“Part of the Premier League’s brand proposition is that it very diverse, very cosmopolitan and clearly you have got many of the best players in the world,” Simon Chadwick, professor of sports enterprise at Salford University in northwest England, told AFP.

“In terms of fan engagement, there is something for everyone in there. So anything as a country that we do to challenge what exists already is potentially a major risk.”

The post-Brexit landscape will partly depend on the extent of the immigration restrictions placed on foreign sportsmen and women once Britain has left the EU. That could potentially determine the willingness of stars like Chelsea’s Belgian midfielder Eden Hazard and Liverpool’s Egyptian forward Mohamed Salah to play in England.

The rapid development of the Premier League came on the back of the 1995 Bosman ruling which freed up players’ movement in Europe, unshackled them from clubs and created the conditions of the current transfer market.

Other factors played a role, not least English clubs’ five-year-long exile from Europe following the 1985 disaster at the Heysel Stadium in Brussels when 39 people were killed after Liverpool supporters attending the European Cup final charged into the Juventus section and a wall collapsed.

“English clubs built their financial power (before Bosman),” Didier Primault, sports economist at the Centre of Law and Economy of Sport in Limoges, France, said.

The horrors of Heysel were compounded by the Hillsborough disaster four years later when 96 Liverpool fans were crushed to death during an FA Cup semi-final against Nottingham Forest.

“With that as the background, the clubs had no choice but to rebuild their stadiums, make them safer and to develop and diversify their revenues,” Primault added.

The huge expansion was assisted by enormous leaps in the value of broadcasting contracts, especially from Rupert Murdoch’s Sky.

Premier League clubs are now on a different level financially — 13 English clubs are among the 30 generating the highest profits, according to a report by Deloitte this year.

Can that pace be maintained?

“Brexit has come at a bad time for the Premier League,” Chadwick said, pointing out that Spain’s La Liga and the German Bundesliga have made strides in recent years.

“The competition is catching up. The Premier League has always had ‘first mover’ advantage – it has always got to those overseas markets first, it has always got the TV deals first, and I think a lot of these other leagues have become savvy and are responding to it.”

Premier League TV revenues are still far ahead of any other league, but they did stagnate for the 2019-2022 period.

“The staple for the Premier League has been media rights. But that broadcasting landscape is in a massive state of flux at the moment and nobody really knows what it’s going to look like in five years’ time,” Chadwick said.

Another sport eyeing Brexit with concern is Formula One. Seven out of 10 of the teams are based in England and Formula One’s headquarters is in London.

F1 CEO Chase Carey insists the sport is “pretty immune” to issues arising from Brexit but said contingency measures were being taken in case it becomes more difficult to move cars and components in and out of Britain.

Once again, other countries are keen to take a slice of the teams’ business.

“If Formula One teams are at a competitive disadvantage by being based in the UK, there are countries like Abu Dhabi, for example, who would potentially make it very easy for teams to go there,” Chadwick said.

"We want to invest and get a new Mohamed Salah from Egypt": UK Minister