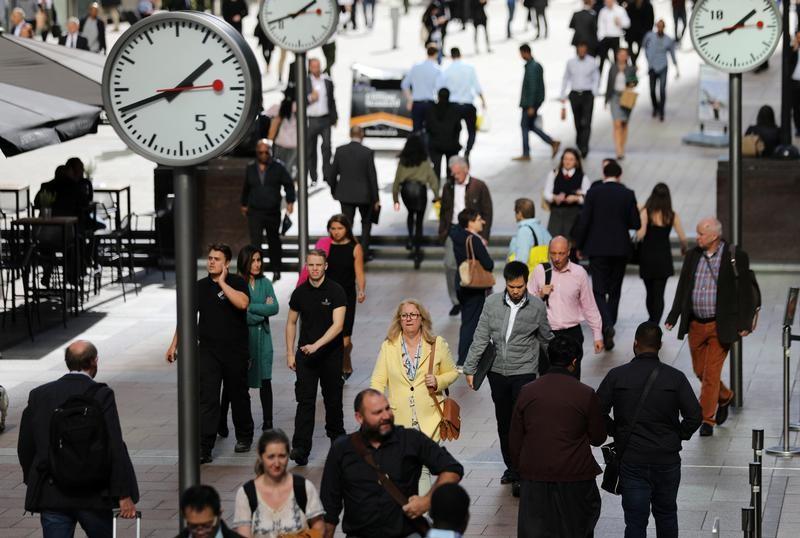 Britain’s forthcoming exit from the European Union was the main reason for a 37 percent decline in new jobs available in London’s financial sector last month, according to a report from recruiting firm Morgan McKinley released on Thursday.

Financial services jobs new to the market in December fell to 3,150 from 4,980 in December 2016, the report said, as uncertainty around the terms of Britain’s exit from the EU made companies in the city reluctant to hire.

“Brexit clobbered the City’s workforce in 2017. Anyone sticking it out into 2018 is in it for the long haul,” said Hakan Enver, operations director at Morgan McKinley Financial Services.

Around 10,000 finance jobs will be shifted out of Britain or created overseas in the next few years if the country is denied access to Europe’s single market, according to a Reuters survey of firms employing the bulk of workers in international finance.

London’s future as Europe’s premier financial hub is one of the biggest issues in Brexit talks because the sector is Britain’s biggest source of corporate tax revenue.
Many banks, insurers and other financial firms are likely to be forced to move jobs if as expected Britain loses the EU ‘passport’ mechanism that allows them to sell their products freely within the bloc from London.

The Morgan McKinley report is one of the starkest data points yet showing how hiring has slowed as firms struggle to get clarity on what access they will have to Europe’s financial markets following Brexit.

The report also showed a decline in people seeking employment in the financial sector, as the number of jobseekers in finance fell 30 percent year-on-year in December to 4,594.