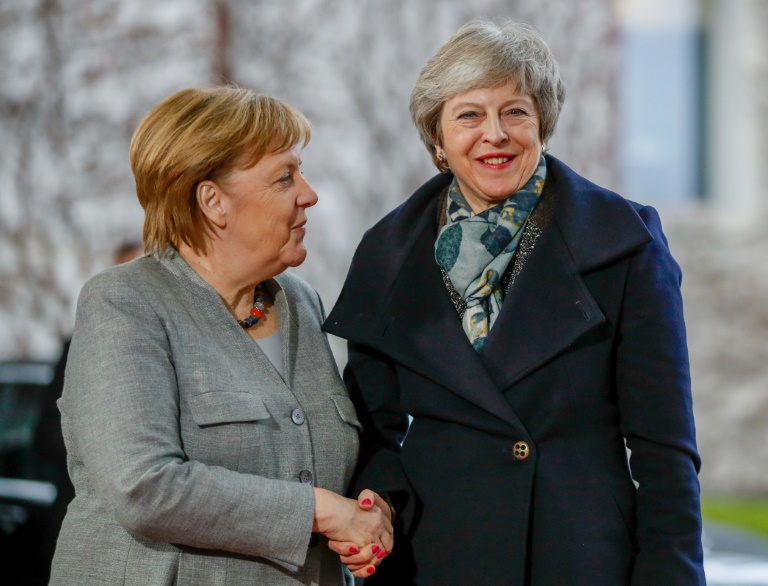 British Prime Minister Theresa May meets the leaders of Germany and France on Tuesday in a last-gasp bid to keep her country from crashing out of the European Union later this week.

Her huddles with German Chancellor Angela Merkel in Berlin and French President Emmanuel Macron in Paris come on the eve of another tension-packed summit in Brussels focused on the fate of the 46-year-old partnership.

May asked EU leaders on Friday to delay Brexit until June 30 to give her time to strike a compromise with the opposition that lets Britain’s hung parliament back an orderly divorce plan on the fourth attempt.

But the 27 European leaders have already signed off on one extension — the original deadline was March 29 — and have serious doubts that May will somehow break through the political gridlock now.

May’s predicament is complicated by growing EU fears that the chaos will soon carry political and economic costs even heavier than those potentially incurred in case of a messy “no-deal Brexit”.

This view is being promoted publicly by Macron and is also believed to be backed by Belgium and Spain.

“We’d need a strong political reason to delay,” a diplomat from this camp said.

EU Council president Donald Tusk’s office last week floated a compromise proposal that gives Britain a “flexible” extension of up to a year — which ends earlier should some way forward emerge in London.

But a diplomatic source insisted that this was “Mr. Tusk’s position, not the position of the Council”.

“I will do everything in order to prevent a no-deal Brexit,” Merkel said Friday.

The diplomatic disarray in Brussels is mirrored by political paralysis in London that has forced May to promise to resign as soon as she gets this first stage of Brexit over the line.

The weakened British leader had been hoping to come to Brussels with either her deal approved or some sort of alternative way forward drafted that could convince the likes of Macron.

But her talks with the opposition Labor Party have made no tangible progress and seem unlikely to find common ground before she flies to Brussels seeking a second delay in three weeks.

“The problem is that the government doesn’t seem to be moving off the original red lines,” Labor leader Jeremy Corbyn said Monday.

The government will instead present a plan to parliament Tuesday to outline how long it intends to delay Brexit.

This is part of legislation passed into law late Monday to force May to postpone Brexit if the only other alternative is a no-deal scenario.

May’s talks with Labor have stumbled over Corbyn’s demand that Britain join some form of European customs arrangement once the sides formally split up.

EU officials are ready to include such a promise in the outlines of the sides’ future relationship that was agreed alongside the binding withdrawal deal.

But May knows that the prospect of close post-Brexit economic relations could further fracture her government and party ahead of possible snap elections.

Almost any form of European customs arrangement would keep Britain from striking its own global trade agreement and leave one of the biggest perceived advantages of Brexit unfulfilled.

May seeks Brexit breakthrough ahead of crucial week